The name Anupam Mukerji may or may not ring a bell. But ask an Indian cricket fan if he has heard of the Fake IPL Player , the chances are his face will break into a smile. It s in the knowledge that the man rocked the cricketing world like none before or after. 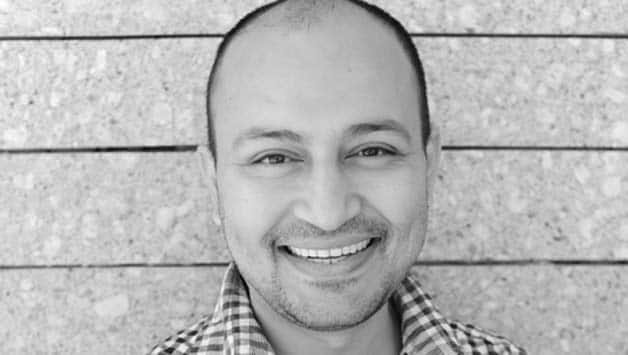 An idea can change your life, says an adline. The “Fake IPL Player” idea changed Anupam Mukherji’s (above) life.

The name Anupam Mukerji may or may not ring a bell. But ask an Indian cricket fan if he has heard of the ‘Fake IPL Player , the chances are his face will break into a smile. It s in the knowledge that the man rocked the cricketing world like none before or after.

It s a tribute to Anupam for ‘pulling off the heist with cerebral panache and emerging out of the dare-devil act unscathed, despite the fact that he was taking on the high and mighty and in a country not exactly known to take a prank in the right spirit. But Anupam was a natural prankster, who in his university days wrote jaw-dropping gossip about who is dating whom and attracted much attention.

The defining moment in Anupam s young life came in 2009, when the cash-rich Indian Premier League (IPL) shifted to South Africa – and with it shifted all the entertainment, gossip and late-night revelry.

One night, Anupam stumbled upon an idea to start a blog that would cater to the country s huge appetite for cricket and the natural human inclination for gossip. It was a heady cocktail.

After consulting a lawyer friend of his, he decided to go with the pen name of ‘Fake IPL Player after initially toying with the name ‘Faceless IPL Player . He was taking journey littered with landmines in the form of huge celebrities like Shahrukh Khan, Shilpa Shetty, Preity Zinta, Vijay Mallya, Nita Ambani and Lalit Modi. Anupam s legal counsel advised him to use nicknames to avoid stepping on the toes of the rich and famous that could tear him apart.

Clearly, Anupam has the mind of an adventurist who gets his fix from the adrenaline rush by daring to do what others won t. He is not one to be fazed by the fear of the unknown. What Anupam achieved thereafter is best summed up by borrowing the ad tagline of a mobile company: “An idea can change your life.”

On April 18, 2009 Anupam posted his maiden blog post titled ‘The first match begins . The “Fake IPL Player” was off to a Sehwag-like start- explosive! These were the opening lines of his first blog: “We returned from our practice session today just in time to see the first toss of the IPL. Lord Almighty, who till the other day was our skipper, paid a visit for training. He came, he saw, he jogged and returned. The coach and new skipper have hit it off well. Lord Almighty mostly ignored them and the emotion was reciprocated. Most of us, fringe guys, don t know what to do about the new power situation.”

Anupam had firmly planted the seeds in the mind of the public that he was a disgruntled reserve player from the Kolkata Knight Riders rank, who was using a pseudonym to spill mouth-watering inside gossip. The public was gasping for more! Anupam had arrived!

He had shared his blog with few of his media friends, stating that it is a link that he stumbled upon while surfing and asked them if they had any idea who wrote it. One of his friends who wrote about it was a scribe who was with a reputed cricket website. In no time the blog “Fake IPL Player”, became the hottest topic in cricketing circles the world over.

A few days later, Anupam found his blog mentioned on the front page of a national daily. That was the time it struck Anupam that he can do something big about his blog.

Anupam recalls visiting his lawyer friend again as the “Fake IPL Player” was increasingly appearing in more newspapers and TV discussions about the India Premier League. His legal counsel told him that if his true identity surfaced, he could land in prison – for a maximum three days. The maverick didn t fear going to prison; he preferred negative publicity to no publicity!

But Anupam believes he did nothing spectacular. He says candidly: “All I did was con the journalists, and they did the marketing for me! Any person with half knowledge about cricket will know the skipper of Kolkata Knight Rider will open with Chris Gayle, aka Caribbean Calypso.” Brendon McCullum was the skipper then, after Ganguly was rested.

Anupam adds, “One thing I learnt is that the so-called geeks, who say I will figure it out from where this guy is updating, I will track the IP address, couldn t do anything. I was sitting there in Bangalore and updating my blog and I found few idiots saying, ‘Oh, he is updating from New Jersey, etc. “

Things became more interesting for the Bangalore techie when Aakash Chopra and Sanjay Bangar were sent back to India from South Africa midway through the tournament as they were suspected by the beleaguered team management to be the ‘Fake IPL Player who was leaking information from the sanctimonious four walls of the Kolkata Knight Riders dressing room.

In August 2010, Anupam decided that was time to reveal his real identity to the world but with a difference. It was now clear to the world that the “Fake IPL Player” was indeed no player. Showing only the outlines of a man, a four-minute video titled “FIP RIP”, the video begins with the still mysterious figure saying: “This is me, Fake IPL player… or FIP as you sometimes call me. It’s been four weeks, 43 posts… about 17,000 comments till now. Behind all the greasepaint, I’m just another faceless guy who grew up in Delhi where I learnt my art.”

According to Pinstorm, a Mumbai-based digital marketing firm, the “Fake IPL player” blog attracted 150,000 on a single day at its peak in April. Visitors spent an average of 15 minutes on the site, adding up to about 37,000 hours spent on the blog in one day, taking the blog in the big league like that of Aamir Khan s blog which got 170,000 visitors at its peak.

The success of the “Fake IPL Player” made life difficult for the real man behind the fake. Anupam explains, “I realised my social life was getting affected. Only a select few people knew that I was the “Fake IPL player“. I couldn t go out much in the fear of the ugly repercussion should the truth get revealed at an in appropriate place and time.”

So, on August 28, 2010, Anupam Mukerji revealed himself as the “Fake IPL Player“, stating he has never spoken to any cricketer and all that he wrote was based on pure imagination.

Anupam, however, has met Brendon McCullum and Chris Gayle much later and he says they laughed at the pranks that rocked the cricketing world.

Anupam was inspired to write the blog by the Richard Gere starrer, ‘The Hoax a film based on a real life story that helped bring down the Nixon Government. But little did he know that his prank too would go on to unsettle a major establishment. But what was most satisfactory about the entire drama was that it ended without any legal repercussions.

Lalit Modi blocked Anupam on Twitter when he went on a bashing spree. Then some of their common followers asked him to unblock Anupam and Modi complied. In fact, Modi spoke on Pitch Invasion – a website Anupam co-founded. “Now we are buddies!” says Mukherji of his friendship with Modi.

As the 2010 was approaching, Anupam had made up his mind that he didn t want to do what he did the earlier season. He loved writing. So on the first day of the third season of IPL, he launched his book ‘The Gamechangers. – which went to be ranked No 3 in the India Today list of bestsellers.


Anupam Mukherji s success is a classic example of the power of social media, which made an unknown entity an overnight success.