"Give me the ball, Mr. Stoddart, and I’ll have the buggers out before lunch," said a stone-drunk Bobby Peel. And he did.

December 20, 1894. For the first time in the history of Test cricket, a team won after following on. Arunabha Sengupta looks back at the amazing Test match where Australia were done in by rain, sun and a drunk Bobby Peel.

It has been pouring half the night

At the Baden Baden Hotel in Coogee, it was a happy Australian side that went to sleep on the fifth night of the Sydney Test. None were more delighted than star all-rounder George Giffen. Having often faced criticism that his superhuman performances for South Australia were seldom replicated in Test cricket, he had enjoyed a dream match. Giffen had put himself through a rigorous winter training programme and the results had paid off.

This Sydney Test saw him demonstrate the all-round brilliance that his home crowd at Adelaide had come to expect of him in the inter-colonial matches. His 161 in the first innings was by his own admission the best innings of his life, and he followed it up with 4 wickets in the England first innings and 4 more when they followed on.

Now, chasing 177 to win on the fifth day of the Timeless Test, he was unbeaten on 30 at stumps, with debutant Joe Darling batting on a polished 44, the score reading 113 for 2.

The next morning he woke to glorious sunshine, and felt that God was in Heaven and all was good with the world. The 64 runs would come in no time under the warmth of the sub-tropical sun. It was with a light heart that Giffen walked out of his hotel room and ran into captain Jack Blackham. According to Giffen, the ace wicketkeeper had a face ‘as long as a coffee-pot.’ He looked at the all-rounder with sad eyes and remarked, “It has been pouring half the night, George.”

In the England camp, the day dawned with Bobby Peel tottering into the Sydney Cricket Ground, drunk as a skunk. He had spent the night drowning his pain in alcohol. It was not only the ignominy of following on, or the less than flattering figures of 2 for 140 in the first innings, or that uneasy feeling of standing on the brink of defeat. He had had five teeth extracted, and was in sheer agony. Captain Andrew Stoddart put him under a cold shower. The 37-year-old Yorkshireman emerged from the bathroom, wiped himself down with a towel and said, “Give me the ball, Mr. Stoddart, and I’ll have the buggers out before lunch.”

Win after following on

No one would have thought it possible as the game unfolded from the first day. In front of a huge crowd, that great fast bowler Tom Richardson gave England a superb start by removing John Lyons, Harry Trott and Joe Darling in quick succession to make it 21 for 3. The last named was out to a first ball duck on debut.

But then Giffen piled up the huge hundred in a determined effort to ‘vindicate myself’. Frank Iredale hit 81 and then ‘The Midget’ Syd Gregory batted 4 hours 8 minutes to score a mammoth 201.

Blackham himself came in at No. 10 and scored a career-best 74, adding a record 154 for the ninth wicket with Gregory. And when the diminutive New South Welshman passed his double hundred, the 30,000 fans assembled for the second day quickly whipped up a subscription of £103.

“With 586 runs on the slate, we never for one second dreamt of losing the game,” said Giffen. The 325 in the first innings managed by England was a solid performance but not good enough to avoid follow-on. In the second essay, Albert Ward followed up his first innings 75 with 117, and decent contributions from all the batsmen down the order took England to 437.

Australia started the journey towards 177 in this tall-scoring match with an easy mind, but then, with 64 to win on the last day with 8 wickets standing, they were beaten by the rain, and more specifically the sun which came out bright and shining to dry the pitch.

On the sixth morning the batsmen started cautiously and inched the score along, Giffen becoming the first man to score more than 200 and capture 8 wickets in an Anglo-Australian match. And then Peel, bowling in tandem with Johnny Briggs, removed Darling at 130. Five runs later Giffen was leg before to Briggs. And as Blackham paced about in the balcony, muttering ‘cruel luck’, the wickets fell one after the other. The captain, his hand painful with a split thumb, could score only 2 before lobbing one from Peel back to the bowler to end the innings at 166. England won the astonishing Test by 10 runs.

Blackham’s great career was over. With Billy Murdoch and Fred Spofforth having already walked into the sunset, the third great Australian pillar fell away from Test cricket, only George Giffen still standing as the last great early Australian.
A couple of sidelights

There were two interesting sidelights to this amazing match.

When England won after following on at Headingley in 1981, Rod Marsh and Dennis Lillee had famously made fortunes by betting against Australia. In this Test too, betting was heavy and the Lancashire great Archie MacLaren won £200 after placing £4 on England at 50:1. The bookmakers had a field day, but in the end raised a collection to reward Gregory for his great innings.

Finally, on the penultimate day, the Australians came in to lunch and had a wash before sitting down to eat. According to the chronicles of Darling, “One can well imagine our surprise on entering the dining room. In those days the players dined with New South Wales Cricket Association delegates and hosts of their friends, ‘dead heads; who had been invited to lunch … Three of us were unable to obtain seats and had to wait until such time as these hangers-on had finished … It was not until the players took a stand and demanded that a room be set aside entirely for the two teams to dine in that these so called legislators for the benefit of Australian cricket gave way.” Darling would continue to battle the Sydney dead-heads for many years to come.

The feat of victory after following on has been repeated only twice in the 136-year history of Test cricket — in 1981 by England at Headingley and by India in 2001 at Eden Gardens. On all the three occasions, Australia has been at the receiving end. 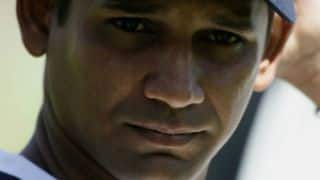