Ashes 1932: The first instance of Bodyline while Douglas Jardine was busy fishing

Ashes 1932: The first instance of Bodyline while Douglas Jardine was busy fishing

Douglas Jardine was not even there when Bodyline was unleashed for the first time! 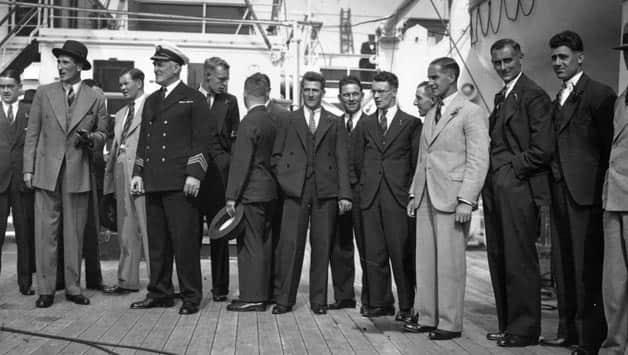 November 19, 1932. England resorted to Bodyline bowling for the first time on that infamous Ashes series.  Arunabha Sengupta looks back at the day the first thunderbolts made for the heads of the Australian batsmen even as Douglas Jardine was far away from the scene.

Melbourne, November 19, 1932. The first thunderbolt of Bodyline made for the head of the Australian batsman. And Douglas Jardine was 200 miles away in the Bogong Valley, enjoying a fishing trip with three friends.

RES Wyatt led the MCC team against an Australian XI on a very quick Melbourne Cricket Ground wicket. And to his dying day he claimed that he had not been instructed by Jardine. However, in retrospect that is very difficult to believe. Even on that particular day very few believed his story.

They visitors batted first, putting on an unspectacular 282. The batting lacked impetus to such a degree that it made Arthur Mailey write, “Even the pigeons wandered onto the square without being at risk.” Only Herbert Sutcliffe, the man who could roll out of bed and score a hundred at the MCG, struck 87 patient runs.

As the Saturday crowd of 54,000 assembled, Bill Woodfull and Leo O’Brien walked out to open the Australian XI innings. A strange sight greeted them as Wyatt went about setting the field.

According to The Australian Cricketer “A fan shaped back wicket field spread out.” The perky O’Brien, making his way to the non-striker’s end, looked at the men placed on the leg side as Woodfull walked to take strike. He thought it was the slip cordon and turned to the fielders helpfully, “It’s the right hander down that end. I am the left hander.” The Englishmen smiled but did not move.

When O’Brien faced, they did not change over. The Englishmen were experimenting with leg-theory, but they were keen on bowling it only to the right handers. After all, on this tour only the right handers mattered. The big fish were Woodfull, Don Bradman, Alan Kippax and Bill Ponsford.

And soon, Woodfull was seen defending his head. After a while he had been thumped near the heart by a scorching short ball from Harold Larwood. It was a precursor of what would take place in the Test matches. It led to a ten-minute break as he recovered. Larwood let the balls fly. Bill Voce soon gathered speed, looking every inch an angry grizzly bear. Bill Bowes came in at a fair clip. Only Gubby Allen had strained his leg while batting and did not bowl in the first innings.

Woodfull was trapped leg before by Bowes, and at 51 for 1, Bradman walked in to rousing cheers.

The Don could have been playing for his state in Brisbane, but on receiving the invitation to play in Melbourne, had wisely allowed New South Wales Cricket Association to decide. And now, after getting the permission of the board, he was out there, with the odd field and balls rearing for his body.

If the spectators had been surprised at the tactics of England, they were stunned by the ploy of Bradman. He darted around the crease, hopping, swaying, weaving, ducking, and flaying at the ball whenever possible. According to Ray Robinson, his methods to play Bodyline were like ‘jitterbugging’.

Once he ducked, with the bat high over the left shoulder. The ball struck the blade and went towards mid-on and Bradman ran a single. The onlookers could not believe it. Some thought ‘Our Don’ was playing mind-games with the bowlers, in an effort to get them bowl at him this way in the Test matches. But, unfortunately, Bradman was having genuine problems.

However, in spite of the ‘cat on hot bricks’ style, Bradman did essay a few thrilling strokes. A square cut off Larwood sped to the fence like rocket. A hook went straight to the railings. And 13 were plundered from one Bowes over, including a delightful late cut. One ball reared straight for his head, and Bradman, having got out of the way, smashed it tennis overhand style between mid-on and square leg. O’Brien recalled, “There was no one there, and we ran five. He could run like a rabbit. I can recollect hearing footsteps behind me … he had almost lapped me.”

As Larwood ran in there stood two long legs, two short-legs and two slips posted very deep for the top-edged hook. Bradman shuffled too far, and was struck on the pads. He was adjudged LBW for 36. By then the Englishmen had started to look rattled by Bradman’s fast scoring. If the dubious decision had not gone against him and he had made a reasonably good score, England could have dropped the strategy altogether.

Jack Hobbs, travelling as a journalist, was disapproving of the English tactics, but observed, “they certainly chopped up Bradman’s game.”

Australian XI finished 64 short of the MCC total. On the same pitch, Laurie Nash of Tasmania, better known as an Aussie Rules footballer, failed to make an impression with his fast bowling. However, the fair haired Lisle Nagel, with his injured elbow strapped, used the cross wind to float his medium pacers to excellent effect. He captured eight and MCC was humiliatingly bundled for 60. Australian XI needed 125 in the final innings.

But, only half an hour’s play was possible on the final day. A storm broke out and effectively ended chances of a finish. Before that, however, momentous events had taken place in the short period of play. Woodfull had been caught behind off Larwood. Allen had got one to deflect off Bradman’s glove, but the chance was parried by George Duckworth behind the wicket, landing too far from Sutcliffe. The master had then steered another rising ball to the third man boundary. And then, as Larwood had charged in again, he had moved away and tried to cut a full delivery and his off stump had been pegged back. He had walked back for 13, and the Australian innings had been interrupted at 19 for 2.

The second dismissal of Bradman had been enough of a cue for Bruce Harris of the Standard to write, “Provided that Larwood retains his present demon speed, the Bradman problem has been solved. Bradman dislikes supercharged fast bowling.”

Jardine returned on the third day of the match, having suffered three burst tires on the way. And Wyatt told him of the sequence of events, of the lightning quick pitch, of Larwood making the ball fly off a length, of Duckworth standing 18 yards back and yet often taking the ball full stretch skywards, of the fielders placed towards the leg side, and — most importantly — of Bradman. Jardine must have smiled quietly. The plan hatched with Larwood and Voce during that dinner at the Piccadilly Hotel before the tour was paying off. His elaborate strategy had been set in motion.

Bradman, however, was not that worried. When questioned about the dismissals and the bowling and field employed by the visitors, he responded with a characteristic grin, “Don’t worry, I’ll be right as pie.”

Not many Australians believed that Jardine had gone off to enjoy fishing as a harmless pastime. Writing for Melbourne based newspaper, Truth, former cricketer Stork Hendry observed, “Douglas Jardine, captain of all the bally old English cricketahs, went trout fishing while Larwood was trying to decapitate Don Bradman and Bill Woodfull… Now, just why did Mr Jardine go off hunting for trout? Ah ha, ah ha!” … Hendry’s suggestion was that ‘Jardine wanted to avoid the inevitable outcry when his fast men let loose this barrage.’

Outspoken leg-spinner Bill O’Reilly suggested years later that Jardine had deliberately absented himself in case the Bodyline plan backfired. “If Bradman had sailed to a century, Wyatt would have been left carrying the can.”

In the Argus, RWE Wilmot wrote scathingly about Larwood’s murderous methods. On the third morning, Larwood went up the steps of the press box and asked to see the reporter. When the slightly perturbed journalist appeared, the Nottinghamshire miner told him, “I would have you know, sir, that yesterday I was bowling to instructions.” So saying, he walked away.

Finally there was the manager, Plum Warner, worried about what he had seen, but not sure what to do about it. Later he would claim he had been thoroughly against it, but during the tour he would also congratulate the England team on the success. He was a two faced villain under the guise of diplomacy and spirit of the game.

For the two teams, the battle lines had been drawn. It would get steadily worse from there on.

Ashes 2013-14: Real-time Snicko to be used in upcoming series 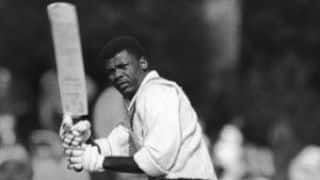 Seymour Nurse: A talented batsman whose career came to a premature end