Ashes 1946-47: Lindsay Hassett recalls his hundred in the Brisbane Test with his incredible sense of humou

Lindsay Hassett, that rascal, at it again!

November 30, 1946. The previous morning Don Bradman had refused to walk after chopping a ball from Bill Voce to Jack Ikin in the second slip. On the second day, Australia posted a mammoth 645, with Bradman amassing 187 and Lindsay Hassett getting 128. Later, as captain of Australia, Hassett used to recount this century lacing it with his own personal anecdote. Arunabha Sengupta recalls Hassett’s yarn that characterised his ability to laugh at himself — a trait that made him one of the most popular captains of Australia.

It was not exactly the ideal start to the Ashes after the Second World War. As mankind revelled at the end of six years of mindless atrocities, the battle lines were almost immediately drawn on the cricket ground between two rival nations.

The Goodwill Tour was waylaid on the very first morning at Brisbane — when Don Bradman chopped a ball from Bill Voce to Jack Ikin in the second slip and refused to walk. At that juncture, he had just about scratched his way to a hesitant 28. And as the English fielders stood there aghast and disbelieving, umpire George Borwick consulted with colleague John Scott and decided to give the benefit of the doubt to the Australian legend. None of the Englishmen, and few of the Australians, believed that there had been any doubt in the first place.

As the over ended, Wally Hammond walked past Bradman mouthing, “A fine f***ng way to start a Test series.” That was the last time Hammond exchanged a word with Bradman during the series other than during the toss. Undeterred, The Don rode his fortune and went on to score 187. After that Keith Miller and Ernie Toshack caught England on a sticky wicket, and the visitors were routed by an innings and 332 runs.

The expectation of the players after the gloom of the War years, the celebration of cricket during the Victory ‘Tests’, the voyage of Hammond’s men from the austerity and rationing of post-War England to the plentiful delights of Australia, the resumption of cricket war by Bradman, the great man’s cackle of delight at the sight of rain — all these have been covered in detail in an earlier article.

However, even as the battle on the cricket ground intensified with Bradman’s relentless pursuit for victory, there remained a sliver of jovial memory associated with the Test. The irrepressible Lindsay Hassett often recounted his first Test hundred in his inimitable way that brought the house down in several subsequent cricket dinners.

After Bradman’s swansong tour with the Invincibles in 1948, Hassett was chosen to lead Australia. The first catholic chosen as captain since Warwick Armstrong, Hassett squeezed past Arthur Morris by the slimmest majority. And as a canny and immensely popular captain of the Services XI, he was the unquestionable favourite of his team.

During his stint at the helm, Hassett recounted his personal story of the Brisbane Test often enough, but perhaps the most successful retelling was heard in the City Hall civic reception at Durban in October 1949. It was just after he had arrived with his men in South Africa, on Australia’s first tour in the post-Bradman era.

The evening had already got off to a sterling start. When the South African captain and master batsman Dudley Nourse had come forward to greet Hassett and his men, the diminutive Australian skipper had inquired, “How are you, Dudley? I hope you’re not feeling too well.”

And after a few regulation clichés about playing attractive cricket, Hassett went on to talk about the hundred at Brisbane.

In that Test, Hassett had joined his skipper at the wicket with the score reading 46 for 2 on the first morning. As Bradman had fought his way back to form to end the day on 162, Hassett had been content to play second fiddle, providing the perfect foil while proceeding to 81.

The following morning, the two had taken their collaboration to 276 before Bradman had been bowled by Bill Edrich. And after that, Hassett had progressed steadily towards his first century in Test cricket.

That particular day had also marked the wedding of one of Hassett’s five brothers. And according to Hassett, this is how things transpired as the groom got ready for the service: “I was on 92 and he was due at the church for the ceremony, but thought he would wait a minute or two for the other eight runs. In the next 10 minutes I got four, so he rushed away and duly got married.”

At this point Hassett paused as the audience broke into a merry chuckle. And then he continued with a straight face: “When he arrived home he turned on the wireless and heard I was on 97. I can assure you gentlemen that I got my century before he went on his honeymoon.”

True, Hassett had taken his time during the innings. He had batted for six-and-a-half hours, 76 minutes more than Bradman. Bradman had scored 187 in 313 deliveries. Hassett had faced 395 for his 128. Yet, the situation had demanded watchfulness, and the innings of the Victorian had been almost as valuable as the captain’s effort.

But, this ability to indulge in self-effacing humour went on to establish him as one of the most popular captains to ever lead Australia.

During that South African tour, on the rest day of Australia’s first game against Natal, the visitors were entertained by a native dance troupe at Durban’s Dunlop Factory and were presented with shields, assegais and knobkerries. To the delight of the 300 spectators, Hassett promptly co-opted nine teammates in a chant of ‘Izigi Zumba’ and ‘Jiyolili Mama’.

He managed to charm even the youngest cricket fans. Hassett and Ian Johnson visited a Durban preparatory school, encouraging students to attend the tour matches. “You can learn more from watching good cricketers play than you can from the average coach or from reading books,” the Australian captain advised the youngsters before ending: “When I come to the wicket, you can have a snooze.”

The tour of South Africa in 1949-50 remained the happiest ever undertaken by most of the members of the side. In the words of Ken Archer: “I’m sure it was Australia’s happiest tour for years. It was the first without the Don, so that disciplinarian hand was missing, replaced by Hassett, who was a pretty liberal skipper … And the players — with the exception of myself and Harvey — were ex-servicemen, and had the attitude that life was for living and cricket was for fun.”

To a great extent, Hassett’s style of batsmanship had been moulded by the influence of Bradman, converting the style from the dashing to the dour. However, his spirits managed to emerge from the shadow of the great man and his view on cricket did continue along the path of joy. 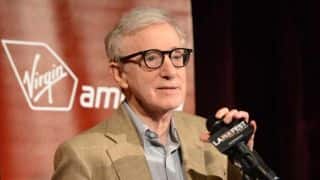