On August 23, 2001, Justin Langer replaced Michael Slater at the top of the Australian batting order, to partner Matthew Hayden for the first time. Jaideep Vaidya reflects on that historic day which saw the beginning of one of the most prolific opening pairings ever to be seen. 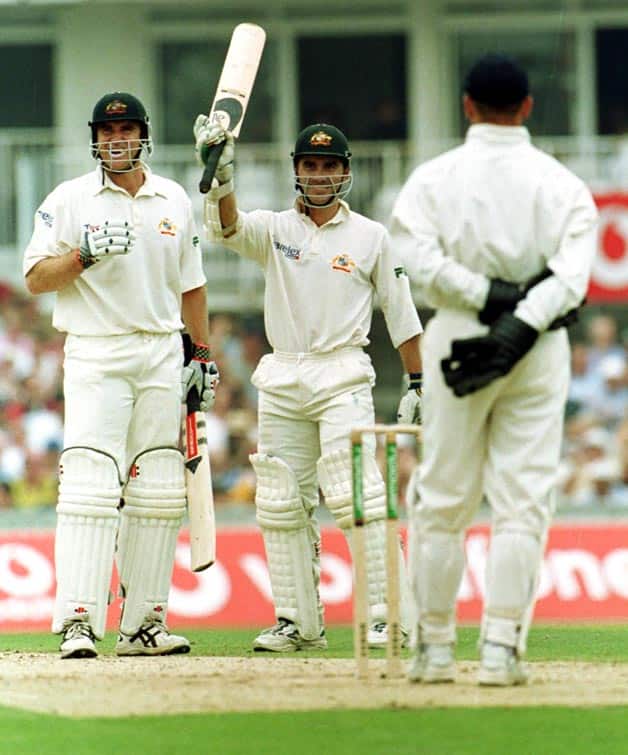 On August 23, 2001, Justin Langer replaced Michael Slater at the top of the Australian batting order, to partner Matthew Hayden for the first time. Jaideep Vaidya reflects on that historic day which saw the beginning of one of the most prolific opening pairings ever to be seen.

With the Ashes already in the bag, a buoyant Australia were looking for a perfect ending to their 2001 tour of England with a victory at the final Test at the Oval. Leading the five-match series by a 3-1 scoreline, Steve Waugh and his men had ensured that they would be taking the urn back with them. While everything seemed hunky dory from the outside, things inside the dressing room weren’t so great. Michael Slater was in the middle of a marriage breakup during the tour and it had taken a toll on his psyche. As it turned out, this was to be Slater’s last ever series.

When the team was announced prior to the Test, Slater found he had been dropped in favour of Justin Langer. Slater had averaged a poor 24.28 in the four matches he had played; after starting the tour brightly with a 77 at Edgbaston, his form had dipped. The selectors decided Slater “needed a break” for the final Test, wrote his opening partner Matthew Hayden, in his autobiography, Standing My Ground. They “noted that Slats was constantly on the move at the crease, causing poor footwork and bringing his head position out of line.” Perhaps so, but not everyone knew the real reason.

Hayden himself was unaware at the time of Slater’s personal crisis. “Batting with him, I could tell he wasn’t himself, though I wasn’t fully aware of the depth of his personal issues,” he wrote. Langer himself wasn’t in the best of nick, so the team knew that Slater had been dropped for “reasons other than form”, noted Hayden. “C’mon, Tugga [Steve Waugh, the captain], tell them the real story,” Slater had said after the team was announced. “When Gilly [Adam Gilchrist] told Slats he was out of line, Slats peeled away from the group,” wrote Hayden.

So, when Waugh won the toss and put his team in to bat, we got to see a new opening pair stride out into the middle for Australia. Hayden and Langer. It had a nice ring to it; and the duo would ensure that it remained etched in people’s memories for ever.

The new pairing struggled early on and took a while to find their feet against the able bowling duo of Darren Gough and Andy Caddick, but soon got into the groove in overcast conditions. In fact, Hayden could have been dismissed thrice before lunch itself: first, on the fourth ball of the day when he inside-edged Gough’s delivery and the ball just missed his stumps and fell short of wicketkeeper Alec Stewart; then, Usman Afzaal at short-leg missed an easy run-out opportunity after reacting quickly to stop the ball; and lastly, Hayden survived a big leg-before appeal against Caddick, but the tourists took lunch unscathed at 66 for no loss. 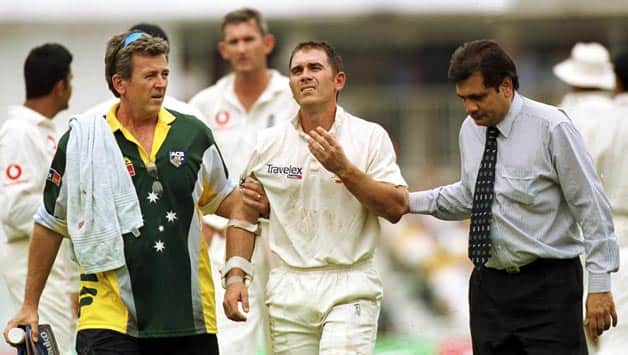 Langer, meanwhile, played confidently and kept pace with his more aggressive partner, and reached his half-century off 113 balls, including five fours, with a six off spinner Phil Tufnell. Hayden’s fifty, meanwhile, came off 99 balls, even as the duo notched a century stand in their first opening outing. However, Hayden’s luck was to run out soon as a sweep off Tufnell went straight down Marcus Trescothick’s throat at the deep mid-wicket boundary. He was gone for 68 off 125 balls, a knock that included nine boundaries.

Thus, Hayden and Langer’s first ever opening partnership lasted 42.2 overs and yielded 158 runs. In their next six Tests together, all opening the innings, they crafted four double-century stands to cement their positions at the top. They would continue to torment bowling attacks across the world right until Langer’s retirement at the end of the 2006-07 Ashes, after scoring 5,655 runs in 113 innings together at 51.88. Only one other opening pair in the history of the game has been more prolific than Langer and Hayden — Gordon Greenidge and Desmond Haynes, who combined together for 6,482 runs at 47.31, although they played together for 13 years compared to Hayden and Langer’s five and a half.
Top five opening partners in Tests:

Hayden would write of his partnership with Langer: “By 2001 I felt I was reasonably established in the Test team. But when Alfie [Langer] joined me later that year at the top of the order, things really clicked. Of all the things I achieved in cricket, few gave me greater pleasure than my long-standing union at the top of the order with Alfie. We were united in our passion by our work ethic, but diametrically opposed in other areas. I was always in trouble if I over-though things. I needed to have a great structure in place, then let my instincts take over. Alfie, however, was really comfortable in ‘think mode’.”

Right from their first opening stand together, Hayden and Langer went on to complement each other like no other pairing had. It is often said that having a left-right opening pairing is always beneficial, since it doesn’t allow bowlers to settle. On the other hand, a right-right or a left-left pairing, like theirs, allows the bowlers to use the same plan. But this was not true with Hayden and Langer. While Langer was a graceful off-side player, he had an excellent cover drive and excelled at playing cheeky nudges and nicks past the slip cordon towards third-man, the wide ball was never Hayden’s favourite delivery. And while Hayden punished anything that was bowled straight or on the leg to him, Langer wasn’t too comfortable with such deliveries. “Alfie’s greatest skill was using the pace of the ball. Mine was being up and at the ball,” wrote Hayden. “Alfie could work the ball in a way I struggled to do, and I could vary where I took guard or bat out of my crease to dominate an attack in a way he couldn’t quite manage.”

Thus, when Langer retired at the end of Australia’s 5-0 Ashes triumph in 2006-07, after an unbeaten innings with Hayden, the latter “felt as if someone had cut my leg off”. 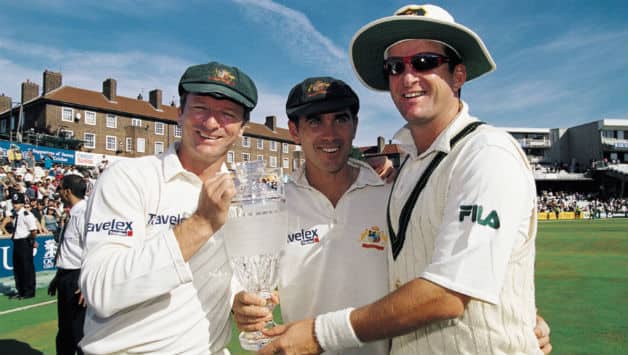