Australia whitewashed England 5-0 in the Ashes series with a resounding victory.

Australia whitewashed England 5-0 in the 2013-14 Ashes series with a resounding victory in the fifth Test at the Sydney Cricket Ground (SCG). They demolished England in each of the five matches and deserved to win by that convincing margin. Each and every Australian player played his part in helping Australia regain the urn after three consecutive series losses prior to this. The brand of cricket they have played over the course of the five matches has been thrilling to watch.

As everyone knows, they began the series as underdogs. They have finished the series as legends. Winning any series with a clean sweep is never easy and to do so in a five-match series is unbelievable. Australia also jumped up two spots in the International Cricket Council (ICC ) Test Rankings to No 3 at the end of the Ashes campaign. They have had all the high points in the series. The top six run-getters in the series are Australians. All those six batsmen have scored over 300 runs in the series. None of the England batsmen even reached 300 runs in aggregate.

Amongst the top five wicket-takers, only one is an England player. Mitchell Johnson was the stand-out player of the series. The left-arm fast bowler picked up 37 wickets at an average of 13.97. His strike-rate was 30.5. He also picked up three five-wicket hauls. He was well supported by Ryan Harris, Peter Siddle and Nathan Lyon. They also bowled out England 10 out of 10 times in the series —another Ashes record.

England crossed the 300-run mark only twice and the 200-run mark on two other occasions in the whole series. They had six innings where they were bowled out before 200. Australia, on the other hand, had numerous 300-plus totals, one 400-plus total and one 500-plus total.

Their margin of victories also has been staggering. Australia won the first Test in Brisbane by 381 runs. They then won the second match in Adelaide by 218 runs. The third Test in Perth was a little less dominant as they won by 150 runs. England showed some fightback in the fourth Test in Melbourne, but Australia eventually won by a comfortable eight-wicket margin. Then the fifth Test in Sydney was won by 281 runs. Nobody with a good cricketing brain would have expected such results.

Captain Michael Clarke also did not expect it would be a whitewash, as he eluded to it in the post-match presentation in Sydney. Ever since Day Two of the first Test, England have seemed like they have been hit by a speeding train. In many ways, Johnson has been the speeding train, but others cannot be discounted. When you have six of the top seven in your batting order getting centuries and half-centuries, you know you have a good batting unit.

Compare that to England, when only Ben Stokes scored a century. He was not even in the first Test team. In many ways, he has been the find of the series, but no one can take this series victory away from Australia. Coach Darren Lehmann and Clarke have made sure that Australia start playing the way they want them to play. And doing so, they have conquered great heights. At some point in their careers they were part of the great Australian team, so, they will not let the team bask in their laurels.

A very important Test series is on the cards for Australia against South Africa. They will face a true test of skill and temperament against the World’s No 1 side in Test cricket in February 2014. But there is still time for that. Till then, Australia can enjoy their resurrection in Test cricket. 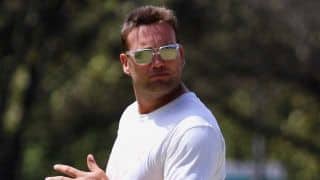 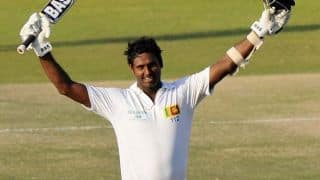