Australia have put themselves in a position to win the fifth Ashes 2013-14 Test over England.

Australia have put themselves in a position to win the fifth Ashes 2013-14 Test by a very comfortable margin over England. They completely dominated proceedings on Day Two at the Sydney Cricket Ground (SCG). From the second ball of the day to the last, Australia stamped their authority over the old rivals. They have extended their lead over England to 311 runs at stumps on Day Two and look set to add further more. They are setting themselves nicely for a big and monumental victory and also winning the series 5-0.

It just seems as if there is nothing England can do to stop the Aussie juggernaut. This has been one of the most surprising Test series in memory. Favourites do lose series and underdogs do throw up the odd surprise every now and then, especially in Test cricket. But even the most ardent fan of Australian cricket, Glenn McGrath, did not predict a 5-0 whitewash before the first Test began in Brisbane at The Gabba. There were signs of an Australian revival in the 2013 Ashes series in England, but nothing like this.

England too have played their part in losing in the manner that they have. On paper and statistically, England have the better batsmen. They also had the better bowlers, especially in Ashes history. Many of the England players had not been on the receiving end of an Ashes series loss, as they have been victorious in the previous three. The opposite is true for Australia. But the roles have reversed and it seems to even out in just one solitary series. Australia deserve credit for the brand of cricket they have played throughout the series.

Michael Clarke’s men have played very aggressive cricket. They have scored quickly and attacked consistently with the ball. In the first innings of the fifth Test at the SCG, Australia were in a bit of bother at 97 for five. Did they hold back and look to build a safe and slow innings on a grassy wicket? No. they attacked the England bowlers and put them off. Steven Smith and Brad Haddin added 128 runs at 4.68 runs an over. Once Haddin was out, Australia scored another 101 runs before being bowled out. Batting was not that easy but Australia showed positive intent and that helped them.

England were already one down before the start of play on Day Two. Hopes of a solid first innings lead rested on the shoulders of Alastair Cook, Ian Bell and Kevin Pietersen. On the second ball of the day, Cook left an in-swinging delivery from Ryan Harris and was out LBW. Bell should have gone next ball, but Shane Watson was in a generous mood at first slip. Pietersen was drawn out by Harris and this time around, Watson held on to the catch. Bell was in no mood to take advantage of Watson’s drop and soon departed.

James Anderson was the night-watchman and he was out before Pietersen. So, within no time, England had lost half their side and their score was at a mere 23. Debutant Gary Ballance and Ben Stokes then revived the innings on relative terms. But the Australian bowlers did not let them settle in. Eventually, after some huffing and puffing, England dragged their score over the 150-run mark. There was a positive intent shown by England’s lower-order, but it was too little too late. They were bowled out for 155. The Australian bowlers shared the spoils, as all three of their pacemen in Harris, Mitchell Johnson and Peter Siddle took three wickets each. Off-spinner Nathan Lyon got one wicket.

Despite the England bowlers making initial breakthroughs in Australia’s second innings, they don’t seem to hold a consistent spell of dominance with the ball. In other words, the Australian batsmen have not let them do that. Rogers’s career strike-rate is in the mid-40s. In the second innings at the SCG, he is scoring at just over 82. He is unbeaten on a sublime 73 and has hardly looked troubled. With England’s tormentor Haddin still to come, Australia can really look at a massive target to set for the beleaguered England batsmen to chase.

They may not win by the biggest margin in comparison to Brisbane. But they look capable of bowling England out before they reach 200. With three full days of Test cricket left in the match, Australia have got a chance to add more misery on England. They have won the first four matches in style. There is nothing stopping them from going for the same again. Many of these England players are already looking to head back home. The Australia of old thrived on such situations. And that is what Clarke’s men are striving to do. They are on course to their most dominant win in the current campaign and seal a memorable and historic 5-0 series win. 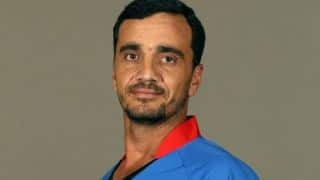