Ashes 2013-14: Australia's domination of England and other talking points from 2nd Test

Ashes 2013-14: Australia's domination of England and other talking points from 2nd Test

Australia put in a fine all-round show to beat England by 218 runs in the second Test.

Australia put in a fine all-round show to beat England by 218 runs in the second Ashes 2013-14 Test at the Adelaide Oval. They have now taken a 2-0 lead in the five-match series. Australia’s batting clicked and Mitchell Johnson led the bowling attack brilliantly with another stellar performance. Shrikant Shankar writes about the major talking points from the second Test.

If Australia’s win in the first Ashes 2013-14 Test was considered to be dominant, then their win in the second Test is just as same. From winning the toss, everything they did turned to gold. They put up a massive first innings total of 570 for nine declared and were led supremely by Michael Clarke who scored a brilliant 148. But many other batsmen also contributed with the runs. Brad Haddin (118), Chris Rogers (72), Shane Watson (51), George Bailey (53) and even Ryan Harris (55 not out) came good. When it came to the bowling, Mitchell Johnson took all the headlines with a seven-wicket haul. England were bowled out cheaply. David Warner scored an unbeaten 83 in the second innings. Peter Siddle and Ryan Harris got in amongst the wickets in the second innings to cap off an overall team effort. The win is frightening to say the least, as they seem to be gelling better and better as each and every day passes in this Ashes series.

England’s catching way off the mark

England dropped way too many catches for their liking and that contributed in Australia winning the second Test by a massive 218-run margin. At the end of Day One at the Adelaide Oval, England were probably just behind Australia in terms of controlling the match. From Day Two, it was all Australia. Things could have been so different on the first day as England dropped many catches at important moments. Bailey was on 10 when Monty Panesar dropped a return catch. Then it was Clarke who got a reprieve off Graeme Swann’s bowling. He came down the track and whipped one to Joe Root at mid-wicket. Root jumped high to his right and got both hands on it, but failed to collect the catch. Clarke had not even scored 30 at the time. Then came the miss of the series so far. Michael Carberry dropped an absolute sitter at point to dismiss Haddin, who was still in single digits. It was not just the dropped catches, but the overall fielding was not something to talk about. There were drooping shoulders and there did not seem to be any intensity. Things have to change drastically, if they are to turn this around.

Joe Root comes good at No 3

All the debate about who would bat at No 3 for England in the absence of Jonathan Trott somewhat came to an end by the time the match finished. The candidates were Root and Ian Bell before the match. Logic ruled that Bell was the ideal candidate to bat after the openers, but England gave Root the chance and he grabbed the opportunity with both hands. He only scored 15 in the first innings, but top-scored with 87 in the second innings for England. He played Johnson, Harris and Siddle with relative ease and scored all around the wicket. He looked composed in the middle and responded to Australia’s heavy sledging by just smiling back. He was unlucky to not get to his century, but the entire England team can learn from their youngster on how to apply themselves in the middle and score runs against Johnson and co.

Too many England batsmen getting out to pull shots

Another issue for England is that their batsmen threw away their wickets unnecessarily. What was surprising was that many England batsmen got out playing the pull and the hook. Carberry connected brilliantly with a pull off Watson, but Warner took a stunning left-handed catch at square-leg. Alastair Cook was out in the second innings playing a hook off Johnson straight to Harris at fine-leg. Carberry again pulled well off Siddle, but only to Nathan Lyon at long-leg. Then Stuart Broad played a hook off Siddle straight to Lyon at deep backward square-leg. Matt Prior, who played the pull to good effect in the second innings, also got out playing the shot. The interesting thing is that many of these were timed very well and hit straight the fielders. England need to work out a way to not find the fielders or they will lose wickets unnecessarily.

Johnson was probably in the starting XI only because the likes of James Pattinson and Mitchell Starc are injured. But after two matches, he is a sure shot. He took a total of nine wickets in the first Test in Brisbane at The Gabba. In the second Test in Adelaide, the slingy left-hand fast bowler took a total of eight wickets. What was impressive was that he took seven wickets in the first innings. He was completely unplayable and was on a hat-trick twice. Although he could not complete the milestone on either occasion, he was the reason England were bowled out cheaply in the first innings. The next Test is in Perth at the WACA. It is supposed to be the fastest track in Australia and with Johnson bowling at speeds of over 150 kmph, England would need to bat out of the skins to tackle him. Or else they will lose the Test and the series. 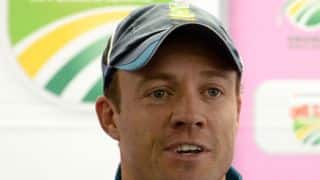