In the form of Ben Stokes, England may have a found a new star and a needed all-rounder.

In the world of cricket, a genuine all-rounder is like gold-dust. He is the go-to-man to whom everyone looks up to turn the game on its head for his nation. England’s fledgling all-rounder, Ben Stokes is a long way away from being billed as an all-rounder of repute. Yet, the century he made on a track that offered true pace and bounce in the third Ashes Test of 2013 at Perth by taking on the might of Australian pacers including Mitchell Johnson with unwavering self-belief  gave genuine hope and promise to a beleaguered England setup.

When he came into bat, there didn’t seem to be any light at end of the tunnel for England, but Stokes took on the gauntlet of facing up to the Australian attack and came out as a true winner.  Yes, in spite of Stokes standing like a boy on a burning deck, England lost the game heavily. However, it was crystal clear that in Stokes, England had found a rare gem who can turn out to be a game-changer in the years to come.

Actually, the writer fondly rekindles memories of following Stokes essaying a wondrous innings of 185 against Lancashire in 2011 at Chester-le-street. Listening to BBC radio, Lancashire’s seasoned veteran and premier paceman Glen Chapple, known for bowling with warrior-like perseverance and for extracting movement off the pitch seemed to be troubling the young Stokes on a seaming deck. However, he came through the titanic contest unscathed to showcase that he had the temperament to play in the top echelons of the game.

Durham’s director of cricket, Geoff Cook said to Chronicle Live, “When he joined us aged 14 or 15, he was clearly a lad with talent, though you can never necessarily predict someone will go on to great things.”

“He was way above average, though at that stage he was primarily a batsman. I knew he always had a huge ambition to play at the highest level, and that it was a huge driving force for him once he was in the team.”

He also said, “He’s a naturally competitive sportsman and that’s shone through in what we’ve seen at the Ashes. He doesn’t look out of place standing face to face against world class cricketers.”

Stokes, with his century at WACA, showed that what Durham’s director said about him was true. The left-handed batsman with his felicitous stroke-play finally gave something to think about for the Australian think-tank.  His quick transfer of weight was an eye-opener for those who watched him bat. In fact, Stokes’s century has been the only bright spot for England in what has been a disastrous tour for them.

Here was a cricketer who was sent home from England Lions’ Tour to Australia in February this year. But in a few months time, he has charted his own destiny to ride on a sterling comeback to exorcise the ghost of the past.

Daily Telegraph reported David Parsons as saying, “On a very challenging tour to Australia, both Matt and Ben have ignored the instructions given to them around their match preparation and recovery. Following previous warnings, it is regrettable that it has been necessary to terminate their involvement in the tour.”

Lest we forget that Stoke is a fine pacer too.  He can touch late 80s in terms of pace and has shone the uncanny ability to get movement off the track. Yes, his bowling is still a work-in-progress, but he can definitely become a fine fourth option for England in the years to come.

England came into the Ashes series Down Under as favourites. Unfortunately from England’s perspective, they have been browbeaten by a rejuvenated Australian set-up. The insatiable hunger for success which saw them scale towering peaks and reach the No 1 ranking spot in Test cricket for a brief period seemed to be missing. Even players with big reputations who helped England script some famous victories over the past few years like James Anderson, Kevin Pietersen, Alastair Cook and company flopped miserably.

However, there is always a silver lining even during tough times. The only silver lining for England so far on this tour has been the form of mettlesome — Ben Stokes. 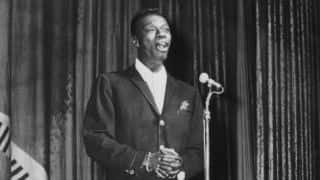 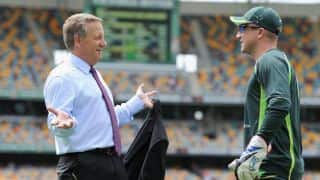