After an 18-month gap, Craig McDermott returns as Australia’s bowling coach with an eye on regaining the Ashes urn. Devarchit Varma looks at the contribution of the former Aussie player in shaping the bowlers and what the return means to the prospects of Australia’s Test side. 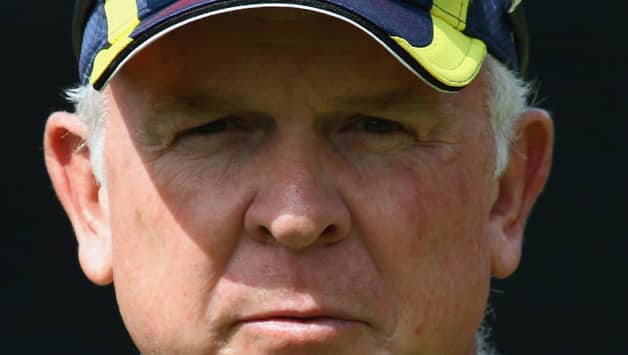 Apart from the great value he brings by providing a direction to the bowlers, Craig McDermott also enjoys great camaraderie with bowlers in the team © Getty Images

After an 18-month gap, Craig McDermott returns as Australia’s bowling coach with an eye on regaining the Ashes urn. Devarchit Varma looks at the contribution of the former Aussie player in shaping the bowlers and what the return means to the prospects of Australia’s Test side.

Ask any Indian cricketer who toured Australia in the 2011-12 season how frightening it was to face the battery of Australian pacers, and he will tell you a story of being hunted down right from the word go till the end of the fourth Test of the series, wherein India were whitewashed. The fact that only one Indian batsman – Virat Kohli at Perth – could manage to touch the three-figure mark tells how menacing the Australian pacers were under the guidance of the astute Craig McDermott. For four straight Tests, none of the Indian batsmen could find their way out against the Aussies, who were working on a simple plan – pitch it up and swing it. This ploy brought great success to the Michael Clarke-led side.

Under McDermott, the Australian pacers were indeed at the peak of their performance between 2011 and 2012.  A firm believer in the philosophy of getting the ball to swing both the sides worked wonders for the Australians, who kept the balls fuller and attacked the off-stump more often. The great Wasim Akram vouched for that. The struggles of the Indians demonstrated that.

McDermott provided hopes of overseeing an exciting pace attack and its growth that would have contributed heavily – had he not been away from the job for about 18 months. Recalling those plans and a successful show against India, McDermott told the Times of India, “The idea was to pitch the ball up and aim to bowl at least four deliveries in an over in the corridor of uncertainty and get it move either way.” This idea, which could be termed ‘conventional’, brought humongous success.

McDermott’s resignation as the bowling coach after the tour of the West Indies last year was certainly a huge setback, and even though the Australian bowlers under Allister de Winter till date have fared comparatively better than the batsmen, the sheen and lethalness was somehow missing. At times it looked there were no definite plans – like on the tour to India earlier this year – something which isn’t the case with McDermott around. From a promising pace attack that was considered among the best around 2011-12, the Australians stooped down to being a pack that could just fill up for their batsmen’s failings.

Now, as McDermott returns as bowling coach, the Australians find themselves in a familiar comfort zone and the worries regarding their bowling plans for the home Ashes has been taken over by a vastly experienced and successful campaigner. McDermott not only brings a definite plan and approach, but a healthy relationship that he shares with the pacers promises a happy dressing room atmosphere. As soon as the news spread out about McDermott’s return, some of the Australian pacers messaged him expressing their delight, which indicates how close and comfortable they are, and what could be in store for England come Ashes 2013-14.

McDermott’s ideology demands a lot from the bowlers, but it guarantees them success with complete assurance. It is simple, keep the ball up and tempt the batsman to come forward for a drive, attack the off-stump more and get wickets through catches in the slip cordon or leg-befores. All that the bowlers need to do is to be patient, consistent and be ready to ‘be boring’ as McDermott puts it, testing a batsman’s skills by consistently putting the balls in right areas and drawing him forward. Also among his plans is to get the bowlers their basics right.

McDermott tells Australia’s The Daily Telegraph, “Addressing things like no balls at training. We’ve taken a couple of wickets on no balls in the last couple of series so we really need to take that seriously like I did when I was in the job previously. There’s no rocket science involved but making sure we do dot our i’s and cross our t’s and make sure we’ve got the fittest attack, which then comes into being about executing what we want to do time and time again and be relentless and boring and take lots of wickets.”

The story of Peter Siddle bouncing back from wilderness to becoming the leader of the Australian pace attack is the success story structured under McDermott. Siddle wasn’t in the right shape when former Aussie fast took over the charge. The former was struggling with fitness, rhythm, line and length and lacked the punch on an overall basis.

It was during the Sri Lanka tour in 2011 when McDermott and Siddle began working together and the bowling coach, enjoying full backing of Clarke, drilled into Siddle the benefits of bowling in full and getting the ball to move away from the batsmen, rather than barraging them with short-pitch stuff. Siddle’s action needed to be tweaked up a bit as well, and the results since then have been quite encouraging.

McDermott plans to pick up from where he left about 18 months ago. He told The Australian, “Test match bowling is over a longer period of time than one-day bowling and sometimes you have got to grind batsmen down over a long period. You need to build up pressure and your lines and lengths are slightly different. I want to get our attack back to where we were 18 months ago with not just one or two guys bowling well, but where we’ve got four or five fast bowlers.”

The 48-year-old former Aussie quick, McDermott, returns to a set-up that looks far more settled and in shape. Siddle is now a well-established leader of the attack. Ryan Harris is enjoying a dream run and Mitchell Johnson is a far more improved bowler than he was a few seasons back. Moreover, the Australian management has gifted him not four or five but as many as eight bowlers to work with for the Ashes.

Even though the list is yet not revealed owing to the recovery of players like Mitchell Starc and Jackson Bird, Cricket Australia and team manager general performance Pat Howard have reached out to the respective states to keep an eye on those eight. McDermott’s job will now be to ensure that all these eight men are ready to take Australia through the five Tests at home, and not find them in under any kind of trouble like they did when James Pattinson was ruled out of Ashes 2013 midway through the series.

McDermott’s return marks another wise decision taken by Australian cricket management, and it has certainly added more firepower to the home side which is desperate to end their downfall match after match.