England have understood that Australia’s tactic is to prepare wickets with some zip and bounce in the Ashes 2013-14 series. It worked wonders in the first Test at the Gabba and, although not every single pitch will have the same bounce, one knows what to expect. Mitchell Johnson excelled in the role of the aggressor for the Aussies in Brisbane. England will not be losing anything if they try to use Steven Finn in the same role. Shrikant Shankar explains why the tall fast bowler could be beneficial for England in the upcoming Tests.

Before the first ball of the 2013-14 Ashes was bowled, Mitchell Johnson‘s place in the Australian team was not a given for the rest of the series. But after the first Test was triumphantly won by Australia, Johnson’s place looks assured barring injuries. He excelled in a role specifically handed to him. Prior to the series, he was bowling as quick as he ever had. He did not enter the first Test in Brisbane as Australia’s main bowler. Ryan Harris and Peter Siddle were their main men in the pace bowling department. But as the dust finally settles in on the impressive performance at the Gabba, Johnson heads into the second Test in Adelaide as Australia’s main bowler.

Everyone knows what to get from Harris and Siddle and everyone knows what to expect from Johnson — unpredictability. While Harris and Siddle kept it tight and testing for the England batsmen, Johnson was purely there to intimidate them. It worked as the duo did their jobs brilliantly. Johnson used the bouncer to great effect. England could benefit from such a move to tackle fire with fire. Steven Finn is England’s fastest bowler in the squad. And his selection could provide an added advantage.

At the Gabba, Chris Tremlett looked average. For someone as tall as him, Tremlett was neither quick nor aggressive enough. Finn is aggressive and fast. While James Anderson and Stuart Broad are England’s undisputed best two bowlers in the seam department, Finn has the chance to become the third. Boyd Rankin is another one who is there in the side who can bowl fast and be aggressive. But Finn’s experience of playing in Australia could tilt things in his favour.

The second Test is in Adelaide and the surface at the Adelaide Oval is not as fast as the ones at the Gabba or at the WACA, but will still have something for the pacers. Finn need not try to bowl according to line and length. Anderson and Broad are there to do that. All he has to do is intimidate the Australian batsmen. Bowl fast and at them. This ploy may not be the best to get wickets directly, but the team as a whole can benefit from taking important wickets.

England need to bounce back quickly after the disappointment of the first Test. Finn may not be their best bowler, but he surely can be assigned to a task and he will stick with it. This could certainly ruffle the Australian batting order. Finn might turn out to be England’s main man if they are to retain the urn in Australia. 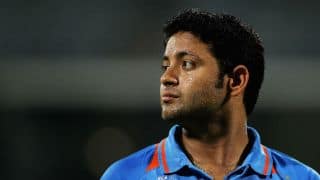 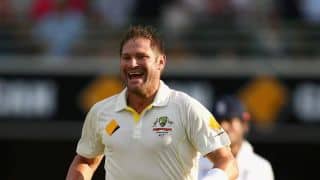