The Australian bowlers have had a trend of picking English wickets in this Ashes series.

Australian bowlers have managed to ruin the English batting this summer so far by picking up wickets in a manner that has a trend to it. While the trend is perhaps unintentional, it further illustrates Australia’s success and ability to complement each other so well.

At the start of the 1st Test, the primary role for Ryan Harris would have been to pick up wickets with the new ball. Harris has obliged by striking in his first spell in four of the six innings. Harris’s sublime record against left handers and his ability to dismiss top order batsmen has given him a dedicated role. In the series thus far, nine of Harris’s 12 wickets are of the top six batsmen.

If Harris has made inroads into the top order, Mitchell Johnson has dented the lower order. Out of his 23 wickets this summer, 13 are of the tail enders. Johnson’s pace has pinned the top order on the back foot, allowing Harris to do the damage with his full length. Over 70% of Harris’s wickets have been of batsmen playing on the front foot. While Harris has been the dominant force against the left handers, Johnson has been equally efficient picking up 12 right handed batsmen and 11 left handers. Johnson has a phenomenal strike rate of 23 against the lower order this series, ensuring England’s lower order batmen have never been allowed to recover from precarious positions.

Peter Siddle, the third man of the pace battery is the workhorse. Siddle’s probing and relentless bowling makes his the most economical bowler of the three, and he is also the bowler Australia have turned to when a partnership has developed. Inevitably, Siddle has delivered; the Victorian pacer has broken four out of the six of England most productive partnerships.

Nathan Lyon has not made a great impact in the wickets column, but he has been the one bowling from the other end on nearly 50% of the times a wicket has fallen.

Overall, the resurgence of Johnson as a tearaway quick, Harris the new ball strike weapon, Siddle the partnership breaker and Lyon as the holder makes this Australian attack in parallel with some of the great bowling combinations Australia has produced. 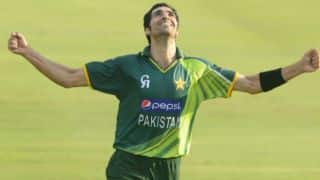 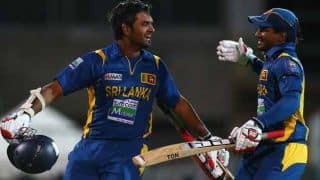