It’s a truism of life that a positive attitude is mandatory in pursuing any goal. Self-belief is of paramount importance. However, the absence of self-belief and a negative mindset is quite apparent in Michael Clarke’s in the two Tests of the ongoing series. Th 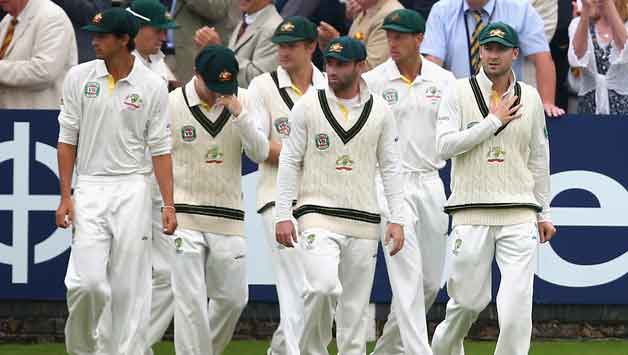 It’s a truism of life that a positive attitude is mandatory in pursuing any goal. Self-belief is of paramount importance. However, the absence of self-belief and a negative mindset is quite apparent in Michael Clarke’s in the two Tests of the ongoing series. The Aussies have been reeling under a wave of negativity: starting from the ‘homework gate’ incident in India to David Warner’s bar-brawl with Joe Root, the sacking of Mickey Arthur and then Arthur’s revelations about Michael Clarke’s views on Shane Watson. Not the kind of stuff that reveals a happy dressing room.

Starting with the tour of India, the Australian cricketers have been found on a sticky wicket with various off-field issues. Even Ryan Harris’s comment during the second Ashes Test, i.e., Jonny Bairstow’s no-ball dismissal could cost them Ashes, was a shocker. Honest opinion, yes. But the timing was absolutely poor and reflected the prevailing negative mindset that is so uncharacteristically different from the Australian teams of yesteryear, especially under Allan Border, Mark Taylor, Steve Waugh and Ricky Ponting. Does Harris’s comments mean that Australia have lost their fighting spirit? A positive mind would not have got affected by a momentary turbulence. What matters in such situations is strong focus and unflinching self-belief. It’s a test of character
Earlier, before the Ashes started, Steve Waugh had mentioned that Australia should keep controversies behind closed doors and praise teammates, which will bring positivity in the Australian team.

He said, “I’ve always believed ‘praise’ when you’re in the public arena but any criticism or advice was done and kept behind the scenes. I think the Australian cricket team has been too open in its thinking — and what they’re thinking — rather than keeping it behind closed doors. That can cause issues in the team. I believe it is best to keep a positive front and to constantly seek out ways to improve… that’s what makes great teams.”

For a team like Australia, the homework gate scandal should have happened never. Like Waugh said, the criticisms and analysis and assessments should have remained inside the dressing room. Cricket Australia (CA) may have been right in suspending cricketers for not being able to complete the task but coming out in the media with issue might have affected a lot of morals. It is not a kind of thing that will boost the cricketers to perform better. Michael Clarke (left) and David Warner at a press conference after the latter hit England batsman Joe Root in a bar brawl. Warner was later discarded from the Australia squad for Ashes 2013 © Getty Images

Another scene of Michael Clarke sitting next to Warner, after the bar-brawl, and state that the latter might lose his Test spot due to the incident and also revealing that the incident had affected his leadership, doesn’t quite give a good impression.

It didn’t end there. Rather than showing support, when Warner might have needed the most [after serving suspension ahead of Ashes], he was sent to Africa to play with Australia A team. Almost a no-confidence motion being used against the opener. Allan Border slammed this decision and said that Warner would have gained so much by batting against Australian bowlers in the nets in the English conditions.

CA as a board is known for taking right decisions and support their team when they needed it. However, the sacking of Arthur came as a shocker. It was almost as if Pakistan Cricket Board (the board which has a tendency of sacking coaches) was sacking Arthur and not CA. Moreover, the sacking was most untimely. Arthur was sacked 16 days before Ashes started. Even though Darren Lehmann’s appointment was welcomed whole-heartedly, he was given an almost impossible task of winning the Ashes with a morally-destroyed and young inexperienced team.

The events didn’t stop there. Arthur’s documents as part of the $4 million claim against CA got leaked. According to his documents, skipper Clarke called is teammate Shane Watson a “cancer”. It didn’t stop there. Arthur has supposedly given details of acrimonious incidents of the dressing room, which might have resulted in team’s poor on-field performances. Arthur further added that Watson had tipped off Arthur on Warne’s bar room-brawl and he might have been racially discriminated.

It surely would have affected the Australian dressing room. Earlier at Lord’s, Brad Haddin revealed during a press conference that Australian cricketers were surprised by such incidents.

After a narrow 14-run loss at Trent Bridge, Australia went on to play the second Test at Lord’s as a unified force. But Lady Luck wasn’t surely with Australia. England dominated from Day One. The players started to feel the heat. It was clearly visible for Australians that another defeat was heading towards them. The self-effacing Harris said, “There is no excuse for it. The line is there for a reason. It is not acceptable. It cost us a lot of runs today and potentially it can cost the Ashes. The guys work hard on it in training so we don’t get into any bad habits.” He added, “There was disappointment when it happened and Darren [Lehmann] was not happy when we got to lunch.” Harris did exactly what Waugh asked them not to, reveal dressing room incidents.

Harris was not the only Australian to express disappointment during the second Ashes Test. A dismayed Peter Siddle said, “It is disappointing, yes, we do expect as a whole to bat longer. It’s not just the batters at the top it’s the whole line up, we could all do a lot better and it’s something we have to work on. We could have bowled better at times as well. It’s a whole all round performance, we haven’t been great for a lot of this Test match and that has put us in the position we’re in.”

Every cricketer will face failure at some point of time. Failure is inescapable and it will only pump up a person to do better.  A negative attitude is the first step towards defeat. One can see that in the present Australian team.