The Ashes 2013 was not a high scoring series by any stretch of the imagination. Majority of the batsmen’s averages were far lower than their career average. But many weighed in with important innings that made the difference in the series. Abhijit Banare looks back at some of the more consistent performers with the bat and the ones who made a telling difference in the series. 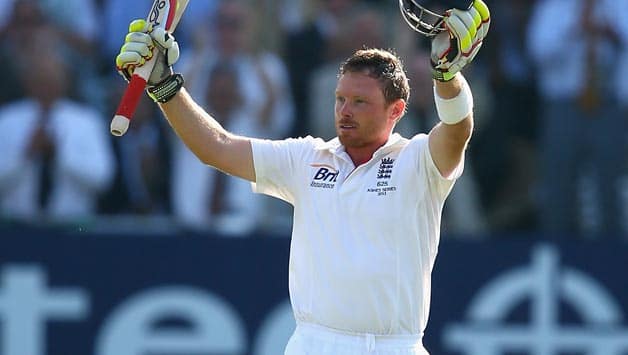 The Ashes 2013 was not a high scoring series by any stretch of the imagination. Majority of the batsmen’s averages were far lower than their career average. But many weighed in with important innings that made the difference in the series. Abhijit Banare looks back at some of the more consistent performers with the bat and the ones who made a telling difference in the series.

Former England skipper Geoffrey Boycott made a statement which was similar to what James Anderson said to Sky Sports host Ian Ward after the fifth Ashes 2013 Test. Both stated that ‘England were far from best in their performance this series’.

While the bowlers from both sides were spot on, the batsmen struggled to dominate in all of the matches except the one at Old Trafford where Australia posted a 500-plus total. Yet England were consistent of the two with their first innings ranging anywhere between 350-375. It would be naive to expect featherbeds for matches in the English summer, which have traditionally assisted fast bowlers.

England with a good bank of fast bowlers have often exploited the swing which makes it tough for the batsmen. With some quality bowlers in Australian ranks as well, it’s extremely difficult to pick a set of batsmen who were consistent and prolific barring Ian Bell. Joe Root, Michael Clarke and Shane Watson also had that one big innings that every batsman wants in a series, but apart from those there weren’t other big scores from them.

So, the below list does not pertain to individual innings by batsmen in a particular match, but to batsmen who were more consistent throughout and who made a larger impact in the series.

When Bell is at play, the third-man is usually kept busy while the cover fielder is left with two tasks to do — watch the sheer elegance of Bell’s cover drives and then run towards the boundary to fetch the ball. Though it would be an exaggeration to compare Bell’s performance with terms like ‘Botham’s Ashes’, but if you take away his contributions, England would have crumbled and unfortunately would have appeared far more vulnerable than they really are. With three tons and two half-centuries, Bell was a class apart from rest of the batsmen. The significant part about Bell is, he isn’t an intimidating batsmen like a Kevin Pietersen. He quietly goes about his way scoring match after match. He has always been underrated as a batsman, but now he might get the recognition he deserves.

None of the English gentlemen discussing the Ashes on a bright morning would have spoken of Steven Smith making an impact in the run up to the Ashes. The 24-year-old with boyish looks is hardly among the batsmen whom the opposition takes note of when they walk towards the crease. Neither does his loose stance reflect a sense of confidence. But the right-hander’s ability to hang on under tough circumstances has increased his value and is sure to find a place in the Ashes at home.

Among the top-scorers for Australia, Smith has been relatively more consistent in comparison to Watson and Clarke, whose averages rocketed due to one big innings. Smith with a century and two half-centuries has scored 345 runs. The value of Smith’s innings comes from the situation he was batting under. When Australia were three down for 22, Smith scored a fluent 53. His 214-run partnership with skipper Clarke at Old Trafford certainly saved the team after coming under heavy criticism for the dismal performance at Lord’s. His unbeaten maiden century at The Oval was the pick of lot as he showed he has the temperament, skill and willingness to stay long at the crease — traits necessary for batsmen in Tests.

Chris Rogers’s performances in the series signify the fact that a team in transition doesn’t necessarily mean filling the team with young legs brimming with talent. Rogers’s experience ensured that Australia at least got one of their openers in place. This ironically is the state of the squad which had four openers to choose from. His fighting innings at Chester-le-Street in the fourth Test proved his value for the team. Although Rogers laboured to his 110-run innings by facing 250 deliveries, he would be among the first ones to cement his place in the Ashes to be played later this year.

Similar to Rogers, Pietersen may not have sizzled throughout the series, yet his 113-run knock at Old Trafford, saving England from a possible follow-on, could easily be rated among the top three innings of the series. Pietersen’s ability to play at ease when everyone else is struggling is a treat to watch. And not to forget the final innings on the fifth evening of The Oval Test set up one of the defining moments in cricketing history.

5. Lower order batsmen of both teams

The Australian batting elicited many jokes. After Ashton Agar’s 98 on debut a Facebook meme showed Darren Lehmann asking Watson whether he could bat as well as Agar. After securing a positive reply from the burly all-rounder, Lehmann says ‘God, better to drop you at No 11.’ The Australian lower order has fair bit of punch. Apart from Agar’s sensational debut, Peter Siddle, Mitchell Starc, James Pattinson, Ryan Harris have all contributed the 30s and 40s not just in this series but on many occasions. Starc’s unbeaten 66 in Manchester was among the best ones.

Even for England, Graeme Swann’s big hitting has certainly helped England to provide some bonus runs late in their innings. With a strike-rate of around 93 and averaging 25 in this series, Swann did contribute handsomely. Stuart Broad’s partnership with Bell in the first Test too was notable. Despite all the controversies, the partnership helped England set a fairly challenging target which they eventually won by a narrow margin. Broad otherwise is a reliable all-rounder for England across all formats.