Australia were dug out of a deep pit by the most unlikely of 'batsmen’ when they were reeling on 117 for nine in response to England’s 215 in the first Test of The Ashes 2013. Jaideep Vaidya revisits the happenings of a day when a cherubic teenager broke multiple records, buoyed his team on his wiry frame and lifted them out of trouble. 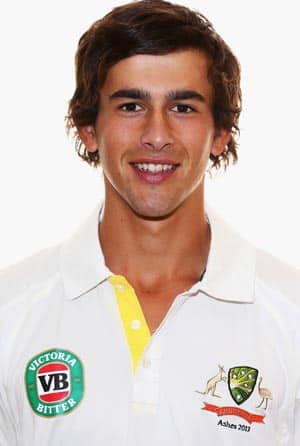 Picked for his bowling, Ashton Agar went on to score that no No 11 batsman has scored in 2090 matches in 136 years of Test cricket © Getty Images

Australia were dug out of a deep pit by the most unlikely of ‘batsmen’ when they were reeling on 117 for nine in response to England’s 215 in the first Test of The Ashes 2013. Jaideep Vaidya revisits the happenings of a day when a cherubic teenager broke multiple records, buoyed his team on his wiry frame and lifted them out of trouble.

It was a riveting, topsy-turvy day of Test cricket where the two teams won a session each and shared the third, much like the first day of the match. It included a couple of potentially match-turning umpiring howlers against the home side, much to the sell-out crowd’s resentment. But one man, nay, one boy ensured that the headlines in the following day’s newspapers featured his name in big bold. By the end of Day Two of the first Ashes Test of 2013, he had become the toast of Trent Bridge — indeed all of the cricketing world.

There were quite a few raised eyebrows Wednesday morning when Glenn McGrath handed 19-year-old Ashton Agar his Baggy Green ahead of the start of play of the first day. The pitch at Trent Bridge had turned out to be a dry one, resembling the four Australia had countered on their miserable tour of India earlier this year. With an experienced spinner in Nathan Lyon present in the squad, it seemed like a no-brainer as to who would be Australia’s first-choice tweaker going in to the first Test. However, it was Agar who got the nod from the team management, becoming the eighth Australian teenager to make a debut in an Ashes Test.

As England put themselves in to bat, Agar didn’t have to wait long before he got a bowl — in the 16th over. On his first delivery in international cricket, which was tossed full and wide to Jonathan Trott, Agar was driven through the covers for four by the England No 3. Agar went on to bowl nine wicketless overs for 29 runs even as his team’s quicks made the most of the overcast conditions to bowl England out for 215.

It was looking like anything but a memorable debut for the youngster, as he watched his side collapse from 108 for four to 117 for nine, before being thrust out into the coliseum as the last man, with the England Lions baying for his blood. But Agar was as cool as a cucumber as he took guard against Graeme Swann and defended his first ball solidly. He judged James Anderson’s line, length and swing in the next over, before crunching England’s best bowler straight down the ground for four. On six, he was lucky to survive a dubious third-umpire decision when Marais Erasmus thought there was enough of his foot behind the crease to disallow a stumping, when replays showed otherwise. Nevertheless, to go on from there and score as many as he did in the situation that he was shoved in, it required some skill.

As Agar eased into the crease, he began to play like a seasoned pro. He made proficient use of a consistent length of short-pitched bowling from the Englishmen, Steven Finn in particular. The cover-drives were Lara-esque and the pulls would have pleased Matthew Hayden. He even lofted Swann over either arm of the ‘V’ for a couple of maximums with the flair of a top-order batsman. But the one shot that made you want to worship him was the on-drive he hit with the raised back leg. You could watch it a million times over. Within no time, he had reached 46, which was the highest score by a No 11 on Test debut. Nine balls later, he had notched his half-century at a run-a-ball — the second fastest by an Australian on Test debut, taking just four balls more than a certain Adam Gilchrist. Then, he brought the scores level, an inconceivable prospect not too long ago, with a couple of glorious boundaries off Swann. Soon enough, he went past McGrath’s 61 which was the previous best by an Aussie No 11. To be associated with such names in his very first match speaks enough of his talent.

Phil Hughes, Agar’s last-wicket partner who scored an inconspicuous half-century himself, was happy to watch from the sidelines. Australia took lunch at 229 for nine, and added 51 more in the afternoon session, before Agar went for a mighty pull off Stuart Broad’s short-pitched delivery and deposited the ball into the hands of Swann; he was on 98. He had broken the world record for the highest score by a No 11 batsman — Tino Best’s 95 at Edgbaston last year — and shared a world-record 163-run stand for the last wicket with Hughes. However, everyone around Trent Bridge Multitudes in Trent Bridge and millions watching the Test on TV grimaced when Swann took the catch. But not Agar. The youngster simply took his helmet off and sheepishly smiled to the crowd, as if apologising for his error, and raised his bat. The English players allowed him to lead the two teams back into the pavilion as he soaked in the atmosphere. It was a knock that is certain to be remembered for days to come. Speaking to BBC’s ‘Test Match Special’, McGrath said of the man who had broken his record in his first innings, “It was a remarkable innings. I remember my first innings at No 11 for Australia — I lasted one ball. At the start of this match I thought I was presenting a first cap to a bowler, not a batting all-rounder! He looked at ease and played proper shots, not slogs or swipes across the line. I don’t think nerves play a part in Ashton’s life at all.”

It was an innings of pure class and astonishing maturity for someone so young and playing his first Test match, more so by rescuing his team with his secondary trade. Agar had a highest score of 71 not out in First-Class cricket prior to this game and batted at No 3 for his local club; he had been slotted in the last spot in the line-up probably because of his inexperience, but if Michael Clarke and Darren Lehmann had the nearest of clues that he could bat the way he didon Thursday, they wouldn’t have left him so late.

An elated mom, Sonia, told TMS, “He is very level-headed. He is a very calm young man,” before confirming, “He is not a No 11.” Are you listening, captain?

Ever since Shane Warne’s departure six years ago, no spinner has been able to keep a spot in the Australian team for an extended period. Whether Agar can do that, it is too early to tell. It’s probably unfair on the lad to pin a lot of expectation on him after just one freakish, almost once-in-a-lifetime innings. He has a long way to go and needs to be groomed in the right way by slowly easing him into his role. Having seniors like Clarke, Lehmann and Lyon to guide him will only help. A bright future, it would seem, lies ahead. 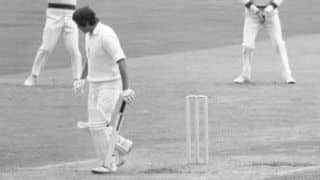