Ashwin, Ojha have become a force to reckon with in home conditions

Ashwin, Ojha have become a force to reckon with in home conditions

Although Ashwin and Ojha have a long way to go to be labelled as India’s next set of destructive set of spinners, they’ve already given good account of themselves, at least when they get to work in familiar conditions. These two spinners have made life difficult for the touring batsmen, and this augurs well for India. 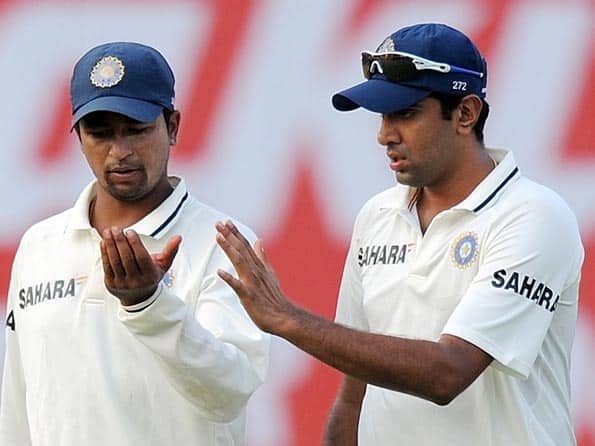 A few years ago, Anil Kumble and Harbhajan Singh, regarded as one of India’s finest spin twins, had many an opposition on their knees in conditions both home and alien. Although Ravichandran Ashwin and Pragyan Ojha have a long way to go to be labelled as India’s next set of destructive set of spinners, they’ve already given good account of themselves, at least when they get to work in familiar conditions. Like Kumble and Harbhajan in the past, these two spinners have made life difficult for the touring batsmen on numerous occasions, and this augurs well for India as they gear up to battle heavyweights in the near future.

Below are the statistics of Ojha and Ashwin at home since the last two years in Tests:

With 73 wickets between each other since the last couple of years, Ojha and Ashwin have essayed the role of protagonists to perfection in India’s quest to pick 20 opposition wickets. Rarely has skipper Mahendra Singh Dhoni hesitated in throwing the ball to these two spinners during the early stages of a game, and what’s more, the two have delivered more often than not.

However, a lot of work needs to be done by the duo of Ojha and Ashwin to replicate such performances on foreign soils. Kumble and Harbhajan have been India’s highest wicket takers in the spin department overseas, and for obvious reasons. Kumble never refrained from putting up a fight even on surfaces that offered more to the seamers than spinners. That is why he was an effective bowler irrespective of the conditions. Harbhajan, in his peak, was a force to reckon with too. Kumble (269) and Harbhajan (148) have together struck 417 times away from home. This is a department where Ojha and Ashwin will want to make some tweaks in.

Statistics of Ojha and Ashwin away from home in the last two years in Tests:

Though they have played just seven overseas Tests between them, the vast difference in the performances of Ashwin and Ojha in unfamiliar conditions is evident. They average 62.77 and 53.41 respectively in sharp contrast to their respective averages of 19.28 and 29.00 at home. To be bracketed in the same league as the great spinners who preceded them in Team India, Ashwin and Ojha will have to raise the bar when playing away from the subcontinent. However, the only way they can gain in confidence is by playing as many games as possible. Ashwin has been fortunate enough in that regard, whereas Ojha has been given a raw deal.

Ashwin has improved tremendously in the bowling department, thanks to the faith shown in him by skipper Dhoni. He’s played ample number of matches to understand the nuances of the game on the international stage. On the other hand, Ojha has put up decent performances every time he’s been drafted into the side. Yet, for some unknown reasons, he’s dropped and that causes an unnecessary break in momentum. The fact that Ojha has already picked 62 wickets in 14 Tests speaks volumes of his abilities. The only way to extract more noteworthy performances from Ojha in the future is to inject a sense of security. It’s difficult to play at your peak when you’re unsure whether you will make the cut for the next Test.

Like batsmen, bowlers too believe in the theory of partnership. Kumble and Harbhajan were examples of that. While one of these spinners didn’t allow flow of runs from one end, the other spinner took advantage of the pressure applied at the opposite end by striking from the other side. They worked in tandem long enough to know what the other was thinking. Ashwin and Ojha have featured that way in the side together since the last couple of years on a consistent basis at home. Hence, the efficiency is now evident. India’s strength has been spin, and hence it’s crucial that both these spinners are persisted with even when touring. That is the only way India can strengthen its spin department.

Ashwin and Ojha have age on their side and hence there is enough scope for both these bowlers to improve their overseas records. Also, the team management needs to show faith in both these spinners and not just limit their preference to one. That could augur well for Ashwin and Ojha, and the Indian spin department.