Every fan of the reborn land Afghanistan will be following the fortunes of their team.

With the many-textured ties that bind the two nations, it will not be just another game of cricket when Afghanistan take on Pakistan in the Asia Cup, writes Arunabha Sengupta.

“There is no place for any act of violence on the field of play,” states the preamble of Law 6 dealing with the game of cricket. And this sentence finds its way to the epigraph of Taliban Cricket Club,an intriguing novel by Timeri N Murari.

Yet, hard as we try, it is rather difficult to ignore the shadows of the recent past, as Afghanistan takes on Pakistan in the Asia Cup 2014.The conflicts, the troubled history, the hated T-word — along with the obvious Pakistani role in the popularity of the game in the country, all these merge into a complex, compelling mesh. It will definitely not be a simple game of cricket.

It was not just a game of cricket in the aforementioned Murari novel either. The rather implausible storyline was reviewed by The Guardian as: “The reader is less bowled over by comedy-drama than stumped by harrowing tragedy.”As in the novel, cricket may be the show on offer, but the undercurrents will spread far and wide across intricate and troubled territories.

Sport can seldom peel the social, historical and political layers to present entertainment in its platonic purity. It is not just the spark of sporting rivalry that charges up the electric atmosphere when India takes on Pakistan. Similarly, the emotions that pour forth when Germany plays France or England in football are abundantly mixed with sentiments stirred up by events more than seven decades old. The stakes when Iran played Iraq in the 1982 Asian Games was not limited to the football medals. And the riotous celebrations of Bangladesh in the 1999 World Cup was not because of a victory over an established international side, but due to that win over Pakistan.

Afghan President Hamid Karzai does repeat often enough that the two countries are “inseparable brothers”. Yet, the relationship between the supposed siblings have been tormented to say the least.

Linked by border, religion, ethnicity and language, the two nations also figure most prominently in the most disturbed chapters of recent history. Along with the common roots and regions surrounding Islam, Pashto, the Pathans and the rugged mountainous  terrain, there are the complicated inter-connecting threads of the Soviet invasion, the Mujahideens, the refugees, border tensions, terrorist camps, Osama Bin Laden and Taliban insurgency. The Durand Line has seldom managed to restrict the sphere of influence of one land on the other.

Yes, the history is riddled with complications for the two countries that were geographically ideally placed to become the fulcrum of Cold War tensions. And thus they got singed by bits of the smaller but terrible battles within the bigger War. Military intrusions, escaping refugees, political assassinations and executions carried on endlessly. And after the collapse of Soviet Union as a superpower, it was the Taliban — founded by the Pakistan Inter-Services Intelligence (ISI) — that set up one of the most vicious and atrocious regimes in Afghanistan.

The worst days are now perhaps behind the nations. But, the rivers of death and destruction have left an indelible trail across the harsh terrains

The worst days are now perhaps behind the nations. But, the rivers of death and destruction have left an indelible trail across the harsh terrains

Yet, the game of cricket adds another unique thread to the ties between the two nations.

Afghanistan is by no means new to the game. With a military history heavily intertwined with the British, the country was initiated into the game long ago in the late 19th century. Yet, the current passion for the game has strong roots in that very neighbouring land they are about to face in the match tomorrow — with the same country they have enjoyed such a volatile relationship.

In 2000, the Taliban regime stamped its approval on cricket as a permissible sport in the country. It was an obvious choice. The refugees who had crossed the border into Pakistan during the Soviet Union invasion of 1979, had filtered back in the nineties. Many among them had been besotted by the game which was such a rage in the neighbouring nation. Some had picked up the nuances of this complicated sport. Additionally, cricket was played in clothing that did not offend the strict religious tenetsof the regime — unlike sports such as tennis and football.

Through the next 14 years, cricket has become the craze of the nation. With the echoes of the gunshots still reverberating in the psyche of the populace, the sweet sound of the willow striking the leather makes for a change more than welcome. It has become a signal to the youth of the nation that there is a path away from violence.

Players have sprung up from far interiors of the country. The national team is very strongly representative of the immediate history of the nation. Most of them grew up watching the sport as refugees in Pakistan. Captain Mohammad Nabi was himself born in Pakistan and stayed there till he was eight. According to him, “Violence-wrecked Afghanistan desperately needs cricket as a means of entertainment. It is also a big opportunity to wean Afghan youths away from the Taliban.”

The country is determined about cricket. For the war ravaged land, it is not just a pleasant diversion.  It has become a symbol of hope, of better times ahead. It has the full commitment of the Ministry of Education and serious sponsorship of many including (United Nations Children Fund) UNICEF.

There do remain uncertainties, and expected internal strife and problems with infrastructure and selection. Yet, the sport has grown and has managed to take the nation by storm.

It is the pulse of Afghanistan that throbs around the world whenever the national team plays. The writer remembers the group of Afghan spectators in faraway Amstelveen, dressed in their traditional attire, ecstatic with joy when their side beat Netherlands by six wickets in the summer of 2009.

The path across the landscape of international cricket has often been as demanding as the rugged landscape of the country. They have missed out on playing the World Cup of 2011. But, the national team has worked its way into qualifying for the next edition of the tournament and becoming one of the main contenders for Test status among Associate Members along with Ireland. All through Pakistan has played a major, undeniable role. The interest has been nurtured in the grounds of Peshawar, Lahore and Karachi, while Kabir Khan and Rashid Latif have guided the country’s cricketing with their expert hands.

With such complicated equations between the two countries, there is no way that the Asia Cup face off is going to be just another game of cricket. It will be much, much more. A win for Afghanistan will be a landmark in the fresh new chapter of the nation. Especially, so since the opponent happens  to be Pakistan.

And every ardent soul of the reborn land will be following the fortunes of every bowled ball, every scored run and every fall of wicket. 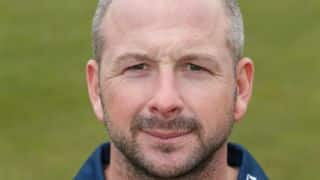