Mohammad Aamer was their best chance against India and same will be the case if the two teams clash again on Sunday in the Asia Cup T20 2016 final.

There is no denying the fact that Mohammad Aamer has in a quick time re-established himself as Pakistan’s premier bowler, and the expectations are surging from the 23-year-old fast bowler. If the spell against India in the opening match of Asia Cup 2016 tournament was an encouraging sign, gradually the focus has shifted on Aamer and how he can once again torment India in the Asia Cup T20 2016 final — given the fact that Pakistan are likely to make it. While Aamer would be enjoying his return to cricket and the limelight, it is crucial for Pakistan not to over-burden him with expectations. LIVE CRICKET SCORECARD: Pakistan vs Bangladesh, Asia Cup 2016 Match 8 at Dhaka

There were ample reasons why Pakistan lost to India in their opening Asia Cup 2016 match. Their batsmen did not play responsibly, and when Aamer provided Pakistan some hope to turn the tables around, the other bowlers failed to provide him support. Aamer’s three-wicket burst was enough to shake India’s confidence, but lack of pressure from the other end went in India’s favour and they emerged victorious in the low-scoring thriller.

Aamer was their best chance against India and same will be the case if the two teams clash again on Sunday in the Asia Cup T20 2016 final. Pakistan are yet to play their games against Sri Lanka and Bangladesh, and given the present situation, they are likely to progress to the final. Both Sri Lanka and Bangladesh are struggling, and Pakistan can make most of the chance they have to set a rematch against India.  ALSO READ – Pakistan vs Bangladesh, Asia Cup T20 2016, Match 8 at Dhaka: Likely XI for Hosts’

Apart from Aamer, Pakistan have a good arsenal of fast bowlers in Wahab Riaz, Mohammad Irfan and the experienced bowler in Mohammad Sami. Pakistan’s bowling attack is indeed the best in the tournament so far, but they have failed to click as a unit and have tended more pressure on Aamer. ALSO READ – Pakistan vs Bangladesh Asia Cup T20 2016, Match 8 at Dhaka: Likely XI for Pakistan

As per the current form of their bowlers, if Aamer is taken out of the equation, Pakistan are struggling. Riaz, Irfan and Sami have failed to click individually and even as a unit. Riaz was not included for the game against United Arab Emirates (UAE) following a poor outing against India.  In place of Riaz, Pakistan brought in Mohammad Nawaz but he too remained wicketless, and gave away 26 runs from his 3 overs.

Here is a small lesson which Pakistan can learn from India. Even though the pitches in the Asia Cup 2016 tournament have been assisting for the fast bowlers with the amount of grass being left, India have excelled because they have trusted their spinners in Ravichandran Ashwin and Ravindra Jadeja. While these two bowlers have not exactly run through the oppositions, what they have managed to do is to maintain tremendous pressure with tight overs. 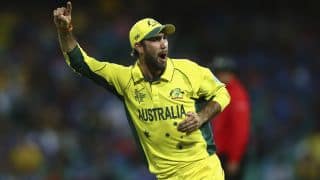