CricketCountry.com assesses the strengths and weakness of the Safrraz Ahmed-led Pakistan team at the 2018 Asia Cup in the UAE.

The Pakistan cricket team, skippered by Sarfraz Khan, can be viewed as favourites for the 2018 Asia Cup, to be held in the UAE from September 15-28, given their experience of the conditions and their bowling attack.

Pakistan are placed in Group A of the Asia Cup along with Hong Kong and India, whom they play on September 16 and 19 respectively. The top two teams from each group will enter the Super Four, from which the final two will meet in Dubai for the final on September 28.

Here s a look at Pakistan s strengths and weaknesses ahead of the Asia Cup.

Weaknesses: As most always, the batting. Look beyond a facile 5-0 hammering of a severely depleted Zimbabwe this summer, and Pakistan lost all five ODIs in New Zealand back in January. The batting was to blame with scores of 166/6, 246/9, 74, 262/8 and 246 not enough to push even single win. So much depends on how the record-setting Fakhar Zaman bats up front, with the experience of Shoaib Malik and Sarfraz Ahmed more often than not required to mop up collapses.

X-factor: In Zaman, Pakistan have a seriously talented opener capable of plenty of damage. The 28-year-old smashed his way to 515 runs in the sweep of Zimbabwe not long ago, in the process becoming Pakistan s first ODI double-centurion. But for a proper statement of his skill, look no further than the final of the 2017 ICC Champions Trophy when he stunned India with a match-winning century. On placid tracks in the UAE, Zaman can run away with games.

The 19-year-old legspinner Shadab has in a short span of time made heads turn. Boasting a brilliant economy rate of 4.72 in ODIs, he has the skill to trouble each team.

Head-to-Head: Pakistan have played 12 matches against India in the Asia Cup, winning five, losing six and with one no-result. During the last Asia Cup in 2016, which was a T20 format edition, they lost to India by five wickets in the league stage. Against Hong Kong in the Asia Cup, Pakistan have a 2-0 record.

Prediction: With their excellent fast bowling, knowledge of the home conditions and the explosive opener Zaman and canny Shadab, Pakistan can go all the way. 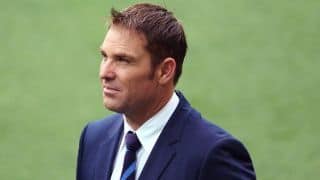