From the first ball, India choked the opposition batsmen, with a little help from Pakistan s poor shot selection.

The frenzy that surrounded the rivalry between India and Pakistan at the 2018 Asia Cup on Sunday failed to live up to its billing under the searing heat at the Dubai International Cricket Stadium, but what fascinated the cricket aficionado was the manner in which India decimated their arch-rivals to register a thumping nine-wicket win, their biggest victory ever against Pakistan in terms of wickets lost.

If openers Rohit Sharma and Shikhar Dhawan later made a mockery of the 238-run target, the foundation of that romp was laid by Jasprit Bumrah and the Indian bowlers. Pakistan were erroneous right from decision making to execution. India were happy to capitalise on their opposition s gaffes, but more importantly, gave every reason to Pakistan to make another mistake.

Let s begin with the toss. From an Indian perspective, Rohit wouldn t have mind losing the toss, especially after Sarfraz Ahmed surprisingly decided to bat first on a bowl-first ground.

Right from the first ball, India choked the opposition batsmen, with a little help from Pakistan s poor shot selection. Fakhar Zaman, whose maiden one-day century took away the 2017 Champions Trophy from India, this time was off-colour. India s opening pace duo of Bhuvneshwar Kumar and Bumrah hardly gave him any room to operate in the first seven overs.

He scored just six off 24 balls. Then, just as about Zaman was beginning to settle down to pace, came the cutting edge move by India. Yuzvendra Chahal was introduced as early as the eighth over, and immediately he picked up Imam-ul-Haq lbw for just 10 Chahal s first in Powerplays in ODIs.

More spin was thrown from the other end with Kuldeep Yadav s introduction. There was an interesting battle going on with Kuldeep and Zaman, who scored a six and a four, but the chinaman s ability to flight the ball without the fear of being hit paid off. Zaman was trapped lbw after he was looking for a regulation sweep.

Pakistan were tottering at 58/3 in the 16th over with not many noteworthy contributions. However, skipper Sarfraz (44) and a gem of an innings from Shoaib Malik (78) combined to stitch a 107-run partnership for the fourth wicket. That, in fact revived Pakistan and they looked to end at a big total. Kuldeep returned in the 39th over and in the fifth ball, broke the lethal stand as Sarfraz departed with a poor shot to cover.

The foundation was laid for Pakistan, who were 169/4 after 40 overs, to end big, with set batsman Malik still at the crease. But it was death-overs specialist Bumrah s day sharp angles, perfect curling yorkers and variations in pace was his way to go as Pakistan scored just 68 in the last 10 overs, 22 of those were scored in one over from Bhuvneshwar over. Bumrah sent danger man Malik in the 44th over and also claimed the wicket of Shadab Khan with an accurate yorker.

Barring the Sarfraz-Malik stand, Pakistan were perennially playing catch-up, courtesy the Indian bowling camp that won brownie points all through the day. Ravindra Jadeja, who chipped in with nine overs, returned wicketless but had a decent economy rate of 5.55 to console him. Bumrah ended with exceptional figures of 2/29 in his 10 overs, while Bhuvneshwar was wicketless in his nine overs. Chahal finished with 2/46 in his nine overs, while Kuldeep picked 2/41 in his 10 as a combination of top-class spin and accurate pace bowling restricted Pakistan to 237/7 after 50 overs.

Pakistan were left gasping during the Indian run chase with Rohit (111*) and Dhawan (114) in full throttle. The duo were relentless in their stroke-play. Such were the shots on display that although the match turned out to be a one-sided affair, Rohit and Dhawan s show was phenomenal on a flat wicket. They were helped by Pakistan s lax fielding and a few dropped catches that added insult to injury. However, for most of the run chase, it was a stroll in the park.

Sunday was well and truly a festival. In some parts of India, it was the tenth day of Ganesh Visarjan. Elsewhere, in Dubai, albeit on the cricket field, it was festival that celebrated India s domination over their arch-rivals, both with bat and ball. 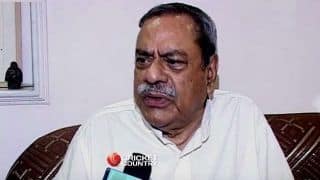