Asia Cup — When will the tournament find its relevance?

Asia Cup — When will the tournament find its relevance?

Asia Cup began in 1984 with the subcontinental heavyweights clashing for supremacy.

Asia Cup began in 1984 with the subcontinental heavyweights clashing for supremacy. Yet, 30 years down the line, the tournament struggles to find relevance despite the teams boasting of humongous fan-following. Nishad Pai Vaidya explores the challenges before the Asian Cricket Council to make the Asia Cup meaningful. With One-Day Internationals (ODIs) facing a testing phase, Asia could play a crucial role for its sustenance.

When will the Asia Cup become a tournament of relevance? Since it is staged in the cricket crazy subcontinent and features teams that boast of humongous fan following, the Asia Cup is meant to be a marquee event. Yet, even as Sri Lanka beat Pakistan to lift its fifth title, most fans treated it like any other meaningless One-Day International (ODI) tournament. If you have the heavyweights of a cricket crazy region competing and there is minimal fanfare, isn’t there something wrong?

Ideally, Asia Cup should have been modelled on football tournaments such as Euro Championship and Copa America. In an article during the previous edition of the Asia Cup, this writer had expressed the need to rework the format of the tournament so that it becomes relevant and entertaining. But, in the latest edition, a new team came along, but the format remained unchanged. There has to be something that gets the fans interested and pulls them towards the television sets or the grounds.

But, there are a few hurdles for the Asian Cricket Council (ACC) if the Asia Cup is to become a marquee event. Firstly, there is a huge gulf between the top teams and the other cricket playing nations. Afghanistan did fit the bill, but the others would be severely found wanting. Experiments with the United Arab Emirates (UAE) and Hong Kong have failed in the past as those sides simply couldn’t fight hard. These sides only got that top-level international exposure during these tournaments; unlike Afghanistan who have featured consistently and have unmistakably raised the bar. Thus, the ACC has to restrict it to only five teams to have a meaningful and competitive tournament; unless of course the others come up the Afghanistan way.

Ideally, Asia Cup should have been modelled on football tournaments such as Euro Championship and Copa America

Secondly, the tensions between India and Pakistan — undoubtedly the two biggest cricketing powers — doesn’t help matters. Although Pakistan did tour India in 2012-13, a visit in the near future looks unlikely due to various political issues. That rules India out of being a potential host. The security situation in Pakistan also bars them from being a venue. That leaves ACC with only Sri Lanka and Bangladesh. The fact that the last two editions were held in Bangladesh shows the ACC’s lack of options. The UAE could be an option given its decent infrastructure, but India too haven’t played a lot there. Their last tour to the country was way back in 2006, when they faced Pakistan in two ODIs at Abu Dhabi.

Thirdly, the teams don’t necessarily treat it as an important event — one that finds a fixed spot in their calendar. There isn’t a set window for the tournament and although it is held biennially, the timing may vary. At times, there have been doubts over it as some of the teams have been engaged in other assignments. The important question is: How do you expect your humongous fan base to take it seriously when teams don’t? There isn’t any build-up, nor is there any indication that teams desperately want to win it. In contrast, ask a Germany or a Spain: how much the Euro means to them!

One must realise that the sub-continent is important for the sustenance of ODIs. This fan-base has to be used to keep the format going in an age where Twenty20 (T20) cricket threatens to eat into the other formats. We did have an example of the ODIs finding relevance. The ICC Champions Trophy in England last year was an interesting tournament, and it did attract crowds. The format made it quite intriguing and it was heartening to see that crowd come along. There is no reason why it can’t be replicated in Asia. More that those pointless seven-match ODI series, tournaments like the Asia Cup and the Champions Trophy can help ODIs.

To sum up, neither the boards nor the fans have realised the true potential of the Asia Cup. Despite being in existence for almost 30 years, it has failed to create a niche for itself. The possibilities are exciting, but only if the administrators are willing to explore. It can be quite lucrative — surely that is one argument to persuade the men in power. Or will there be a school of thought that may push for a T20 tournament along similar lines? That may not be a bad idea to get the fan-base, but dont you want to keep One-Day cricket alive? Asia is the key! 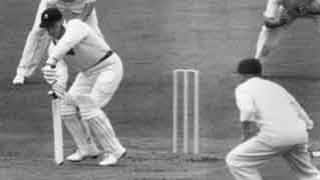 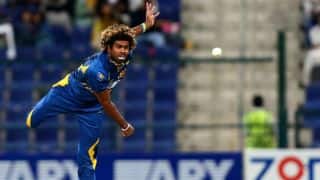