Pakistan will have to win this series in order to climb up the ladder in ODI rankings to ensure direct entry in the ICC Cricket World Cup 2019 .

After drubbing in the three-match Test series, Pakistan will take on Australia in five-match One-Day International (ODI) series starting with the opening game at The Gabba, Brisbane, on Friday. The Men in Green will be hoping for change in fortunes with the change in format after what has been a humiliating Test series. Pakistan will look to defy all the odds and try to overturn their record against Australia in their backyard. The last time they won a 50-over game in Australia was back in 2005 in Perth. Since then, Pakistan have played 15 games in and against Australia losing all of them.

A series victory will be a tough ask for Azhar Ali and his men as they currently No. 8 in the ODI rankings are crossing swords with the No. 1 side. Also, Pakistan are on the verge of failing to qualify directly for the ICC Cricket World Cup 2019. To add more to their woes, Pakistan have lost their pacer Mohammad Irfan and Sarfraz Ahmed, who have flown back home due to family emergencies. . Replacements have been name for the respective players, but what remains to be seen is how Azhar, who was Pakistan s best batsman in the Test series, inspires a young but inexperienced side to glory Down Under.

Let us have a look at what can be the best possible starting XI for Pakistan for the series opener:

Top Order: Azhar, the captain and also the man in form, should open the batting with Sharjeel Khan. Azhar was in a classy touch in the Tests and rightly so was the second highest run-scorer in the recently-concluded series. Sharjeel, on the other hand, looked in great touch in the second innings of the Sydney Test, but failed to carry the momentum throwing away his wicket. Sharjeel made it up with a brisk fifty in the only warm-up match which Pakistan played before the ODIs, against Cricket Australia XI. Both these openers have a big task of surviving the Australian pace attack comprising of Mitchell Starc and Pat Cummins. Mohammad Hafeez is the latest addition to the Pakistan squad. Hafeez last played in the first ODI against England wherein he could score only 11. The 36-year-old cricketer has enough experience in this format but if selected, he will be expected to play the role of what Misbah-ul-Haq or Younis Khan do with the Test side.

Middle Order: Pakistan have a formidable middle order, but they are yet to prove themselves in foreign conditions, especially someone like Babar Azam who will be batting at No. 3. Babar was in a phenomenal form against West Indies in UAE scoring back-to-back three centuries owing to which he was selected for Tests. He struggled in the Test series against Australia, but top scored in the tour match with 98 signalling form just at the right time. He will have a point to prove and the latest innings will give him enough confidence. Shoaib Malik, another veteran in Pakistan team, will be in pressure like every other senior cricketer in the camp. Malik was the part of the ODI squad against West Indies, but he did not look in his genuine form, scoring 101 runs from three games which included one score of 90. In the tour match, however, Malik too was among runs as he scored a fine 49.

Umar Akmal played his last 50-over game all the way back in 2015, which was the quater-final game in the last World Cup. He was in a dismal form throughout the tournament and hence was axed. He made a 39-ball 54 in the tour match against Cricket Australia XI. The selectors seemed to have put their faith back on the right-handed batsman will have a point to prove at the highest level.

Lower Order: In the absence of Sarfraz, Mohammad Rizwan should take the gloves. Including Rizwan in the squad gives Pakistan an extra wicketkeeper-batsman which also means that Umar can be utilised as an extra batsman adding more depth to Pakistan. Despite this, Rizwan himself has not been great with the bat, scoring just 21 runs against West Indies. This Australia series can be a tough task for Rizwan both with bat and gloves as the ball will definitely shoot at him after pitching given the fast paced wickets of Australia. Imad Wasim had a good tour in and against England both with bat and ball but went off track against West Indies in UAE. He has the ability to get breakthroughs at important intervals, and he is a handy batsman as well who can be expected of making quick runs.

Mohammad Aamer, Wahab Riaz, Hasan Ali will have to handle the pace department with Wahab leading them. Wahab had a forgetful Test series as he leaked runs despite being the fastest of the lot. Aamer, on the other hand, was unlucky as he bowled some excellent spells but was nowhere in wickets. Hasan played against West Indies and was on the economical side. 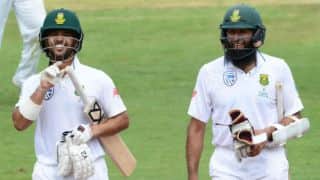