Both Pakistan and Australia have plenty to play for after series defeats against New Zealand and South Africa respectively.

The unpredictable Pakistan meet out-of-sorts Australian team for the first of the three-Test series at Brisbane Cricket Ground, Brisbane. The series opener will be a day-night affair, third such occasion for the host country. Two contrasting sides will clash in a quest to take a 1-0 lead in the series, which promises to be an enthralling opener. Steven Smith‘s struggling Australia will lock horns with Misbah-ul-Haq‘s inconsistent unit. Here is a look at the key battles jotted down by Aditya Sahay:

Australia’s hunger for success vs Pakistan’s underdog image: This series will be enticing, as it includes two very contrasting teams. If Australia are coming on the brink of some shallow defeats, Pakistan were clean-swept against New Zealand. Having said that, one can sense Australia’s urge to get back to their dominant best (after retaining Chappell-Hadlee 2016 trophy in style), whereas Pakistan can never be ruled out, given their unpredictable nature. They were at par against a tough English side, and will be expected to turn the heat on in this series as well.

No doubt, the hosts begin as favourites, but if the visitors can get a steady start, this can be an engaging series for the viewers.

Misbah vs Josh Hazlewood: It is a battle between two composed heads. They will face each other to take their respective sides to steady shores. We all are well-equipped with Misbah’s patient demeanour. He always pushes the envelope and stands for his team selflessly. He was asked to lead a sinking Test side at 36, and he could have easily rejected the temptation. Nonetheless, he relentlessly grabbed the offer and took his side to the No. 1 Test title for a brief period. Touted to be on his last tour, Misbah will again be a man on a mission when pitted against another similar character in the form of Hazlewood.

Hazlewood cannot match the stature of Misbah, but both have tendencies of being consistent, accurate, and thrive on playing the ‘waiting game’ in their respective fields. Hazlewood has been impressive in the two day-night encounters for his side, winning the Man of the Match award in the first match, and will be confident of troubling Pakistan’s skipper. Nonetheless, he will be wary of the veteran right-hander who has been Pakistan’s Mr. Dependable for years. A good contest between bat and ball awaits when the two gentlemen take centre stage.

Smith vs Sohail Khan: Member of ‘modern-day greats’ and Australia’s skipper will be up against Pakistan rookie left-arm pacer Sohail. Smith has been in prolific form in the 50-over format and will be determined to stage his side’s comeback in whites as well. He tends to shuffle a lot, which is his USP, but can also lead to his downfall. Being a compulsive puller and tentative outside off stump initially, he can be troubled if bowled smartly on a pitch assisted for pacers. Sohail has promised a lot in his limited chances with pace and movement, and can outsmart an established entity like Smith.

Two thinking cricketers will surely spice up an exciting contest, which should include some chin music, lateral movement, hooks, pulls and edges off the blade.

Younis Khan vs Mitchell Starc: Starc is Australia’s trump card and hence becomes difficult to be left out of ‘key battles’. He will be Australia’s go-to-bowler and has a humongous task to remove two legendary batsmen in the opposition’s camp in the form of Misbah and Younis. If his partner in crime Hazlewood will try to handle Misbah, Starc will go all guns blazing against Younis. Starc will set his eyes on Pakistan’s top order with a tricky pink ball in hand, whereas the veteran will like to negate the pace and prodigious swing of the speedster.

Younis has a tendency of moving in the crease and shuffling a bit, which will be under scanner. If Younis gets the better of the 26-year-old, Pakistan’s lower order will be bolstered and stay on course for a big score.

David Warner vs Mohammad Aamer: Smith’s deputy and swashbuckling opener Warner will be hell-bent on taking his side off to a blazing start. Regarded as his side’s run-machine, Warner has a knack of starting a new series with big scores. Pakistan should be wary of this to counterattack one of the most improved batsmen in recent times. Undoubtedly, Warner will take his chances and score at a brisk rate to keep the scoreboard moving. He will face some threat from Aamer, who shone with the red cherry in the practice game against Cricket Australia XI. Aamer should be assisted by the track at Gabba, and will like to make the most of the mysterious pink ball. Nonetheless, he will also have to withstand Australia’s hostile crowd, who will test him to the fullest for his forgettable past, that is, the infamous match-fixing scandal involving the pacer.

These two players also carry the responsibility of taking their sides to respectable starts, which gives more value to this tie.

Apart from the above mentioned players, there are other key players in the form of Babar Azam, Asad Shafiq, Azhar Ali, Sarfraz Ahmed, Usman Khawaja and Nathan Lyon, who will add fuel to fire in what is expected to be a cracking series opener at Gabba. 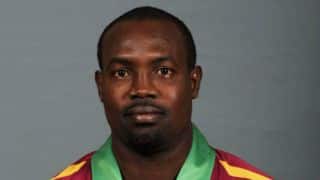 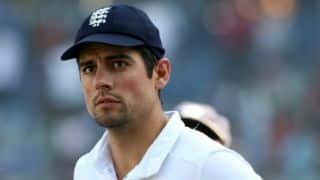