Bandula Warnapura was only the eighth man to have the honour of leading his country in his first Test. A reliable, unyielding opening batsman who could also bowl brisk medium-pace with a nagging line, Warnapura was a marked out as a natural leader from club level who blossomed as a Test captain despite being younger than most of his teammates.

Bandula was the younger brother of Upali, who had played for Nondescripts CC (and later went on to become a match-referee in First-Class matches). Bandula was a competitive school cricketer who made it big on the India tour of Ceylon Schools. The 16-year old scored 49, 66, 50, 82, 49, and 96* on the tour and caught the eye of the selectors.

He made his First-Class debut against a touring Pakistan side at Colombo, but his technique was found wanting against the opening pair of Asif Masood and Pervez Sajjad, scoring 5 and 3. He struggled in the MJ Gopalan Trophy at Chepauk, falling for 6 and 5.

He had another lean patch during India s tour of Sri Lanka in 1973-74, but when on the Pakistan tour later that season he top-scored with a resilient 92 against Masood, Sajjad, Saleem Altaf, and Intikhab Alam. He batted consistently on that tour, and was picked for Sri Lanka s World Cup tour of 1975.

Warnapura scored 5 in the first warm-up match against Berkshire, but came back strongly thereafter: he scored 40 against Surrey, helping Ranjit Fernando add 105 and triggered a run-chase; in the next match against Northamptonshire Warnapura top-scored with 43 in a losing cause.

It was a disappointing World Cup for Warnapura. He batted for a painstaking 54 balls for 8 against West Indies at Old Trafford before Keith Boyce had him caught behind. During Sri Lanka s spirited chase against Australia at The Oval, Warnapura walked out to join Sunil Wettimuny and took the Australian attack by the horns, scoring a 39-ball 31 in a partnership of 54.

The chase ran out of steam when Jeff Thomson sent both Wettimuny and Duleep Mendis to the hospital, but 276 for 4 chasing 329 was an excellent performance nevertheless. The last match, however, turned out to be a one-sided encounter as Sri Lanka collapsed to 138 chasing 331.

Warnapura struggled against Masood and Imran Khan before being bowled by the latter for two, but he had proved his worth with the ball: he removed the Mohammad brothers (Sadiq and Mushtaq) along with Wasim Raja, and finished with figures of 8-0-42-3.

Warnapura toiled on at home, trying to make the most of the limited opportunities he got. He ran into a purple patch in 1977-78. Playing for Sri Lanka Board President s XI against DH Robins XI he top-scored with 100 not out against John Lever, John Emburey, and Intikhab Alam.

Then came the tour of Bangladesh, and Warnapura followed his hundred with 116, 167*, and 105 in consecutive innings. Unfortunately for Warnapura, these matches were not granted First-Class status. He kept on scoring runs in whatever opportunity he got, and was eventually selected to lead Sri Lanka in the second World Cup.

Warnapura started the 1979 tour on a high with 123 against Bedfordshire and 52 against Nottinghamshire. He managed 20 against New Zealand in the World Cup match before hitting Brian McKechnie back to the bowler. The next match against West Indies was abandoned.

The upset happened at Old Trafford. Though Warnapura was caught by Anshuman Gaekwad off Mohinder Amarnath for 18, fifties from Wettimuny, Roy Dias, and Duleep Mendis saw Sri Lanka reach 238 for 5. Sunil Gavaskar and Gaekwad added 60 for the opening stand when Warnapura struck, having Gavaskar caught by Dias.

India still managed to reach 117 for 2 in 35 overs, but Gundappa Viswanath s run out saw them stumble from 119 for 2 and were eventually all out for 191. Somachandra de Silva emerged as the hero with figures of 3 for 29, but Warnapura had played his part in the Goliath-slaying as well, finishing with figures of 12-0-47-1.

Later on the tour Warnapura scored 73 against Oxford University at Guildford (the Sri Lankans won by an innings) and top-scored with 68 against Worcestershire at New Road. He finished the tour with 232 runs at 38.67 runs in First-Class matches.

The build-up to Test status

The upset win over India had helped Sri Lanka s cause to a great extent. They even beat Kim Hughes Australians in a 45-over match at Colombo by 6 wickets: after Lalith Kaluperuma skittled the tourists for 188 Warnapura launched into the attack, scoring a 154-ball 106 against Rodney Hogg, Terry Alderman, and Ray Bright to pull off a victory with 29 balls to spare. Sri Lanka managed to draw the other limited-overs match as well and dominated the drawn Test .

By now Warnapura had firmly established himself as the leader of the pack. The year 1981 saw Sri Lanka undergo another successful tour of England. With 408 runs at 27.20 he came fourth in batting tally along with picking up 5 wickets.

Eventually England came over to Sri Lanka in 1981-82 for 2 ODIs and Sri Lanka s first-ever Test. England had to fight hard to win by 5 runs in the first ODI at SSC. Warnapura s men bounced back in the second ODI at the same ground, thanks to Sidath Wettimuny s 86 and some exceptional bowling from Ashantha de Mel and Ajit de Silva.

With the ODIs drawn 1-1, the focus had shifted to the Test at P Sara. Warnapura batted first, and Sri Lanka were soon reduced to 34 for 4 by Ian Botham and Bob Willis. Ranjan Madugalle and a young Arjuna Ranatunga then added 99, and Sri Lanka somehow reached 218.

Some excellent bowling from de Mel and Somachandra de Silva restricted England to only a 5-run lead. Batting again, Sri Lanka lost Wettimuny early before Warnapura and Dias added 83 for the second wicket. Once Warnapura fell for 38, however, the hosts collapsed from 113 for 1 to 170. England won the match by 7 wickets on the fourth afternoon. England won the Test, but the hosts put up a fight few had expected of them.

Warnapura led Sri Lanka to Pakistan, where the tourists were battered by a 0-2 margin in the three Tests. He scored a dazzling 77 his only international fifty in the first ODI at Karachi, but Pakistan chased down a stiff target thanks to some rampant hitting from Mohsin Khan and Javed Miandad.

In the second ODI at Gaddafi Sri Lanka set out to chase 240 in 40 overs; when rain came down they were 227 for 4 in 33, and won the match on a better run rate. Warnapura s men lost the series 1-2, but certainly did not disgrace themselves.

Sri Lanka lost all three ODIs in India convincingly, but some splendid batting from Dias and Mendis saw them almost win the one-off Test at Madras. Gavaskar had held himself back, but eventually had held himself back as India went for a target of 175 in 53 minutes and the mandatory overs. He had to emerge after the fall of the seventh wicket, and India finished on 135 for seven in 28 overs. Warnapura did not play another international match after the tours.

Immediately after the Indian tour Warnapura led a side to South Africa, thereby ending his international career. Every member of the side was handed out a 25-year ban by the Board and Ministry of Sports. The entire schedule was organised by Anthony Ralph Tony Opatha (who played for and managed the Sri Lankan side), which led to the side being called AROSA (after Opatha and South Africa) Sri Lanka.

In an interview to H Natarajan for The Indian Express, Warnapura later defended the decision: It was the pressure I was under from some of the senior Board of Control for Cricket in Sri Lanka members. I was not sure if I was wanted in the side. They were gunning for me. So, after some hesitation, I decided to secure my future.

Other than Warnapura and Opatha, the team consisted of international cricketers like Kaluperuma, Ajit de Silva, Mahes Goonatilleke, and Anura Ranasinghe. Flavian Aponso, a member of the side, later came back for Netherlands in World Cup 1996. AROSA Sri Lanka could not win a single match, and remained one of the weakest rebel teams to have toured South Africa.

Despite their abysmal show, AROSA Sri Lanka created history by becoming the first coloured team to tour South Africa, paving way for the West Indian sides. Their visit was historic. It was the first time a non-white team from a Test playing country had visited South Africa. Even though the touring party included only five fully-fledged Test players, the Sri Lankans proved popular and charming tourists wherever they went, wrote Port Elizabeth s Weekend Post.

Warnapura later told Natarajan: The tour was the brainchild of Tony Opatha, Duleep Mendis, and Roy Dias. When we [the rebels] were in South Africa, the official Sri Lankan team was in Zimbabwe. Duleep, Roy and DS wanted to join us directly from Zimbabwe but could not do so as their passports were withheld by the Manager (KNT Perera) obviously under instructions from the Board. They had signed the documents [to be part of the team in South Africa] and I still have the copies of their contracts with me.

However, if we go by Warnapura s version, Mendis and Dias had backed out after Minister Gamini Dissanayake had spoken to them. Surprisingly, Dissanayake did not discuss the issue with the others, and in a few months time Mendis became Sri Lanka s new captain with Dias his deputy.

Warnapura was certainly not happy about the ban: In fact the ban was slapped on us even before we played our first match in South Africa The ban was slapped without any inquiry. How can anyone be charged in a civilised society without a trial? The 25-year ban was at all levels domestic and local. It came as a complete shock to us.

The ban came as a major blow to the AROSA Sri Lanka team members. Though they were cleared after an inquiry nine years after the incident (Warnapura s ban lasted for another year) the players were generally shunned by the locals, which led to unemployment issues. Aponso moved to Netherlands and Opatha to England, while the others stayed back. Some, like Jerry Woutersz got their jobs back only after the ban was lifted.

Warnapura had taken to coaching after his retirement. In 2003 he was named a Member of the Cricket Committee and Director, Cricket Operations by The Board of Control for Cricket in Sri Lanka (BCCSL). He also became Director of Operations for Cricket Sri Lanka (CSL) and the Development Manager of Asian Cricket Council.

Bandula s son Madawa played First-Class Cricket for four Sri Lankan teams as well as for Sri Lanka A. Another son, Madura, was a competent club cricketer. Bandula, Madura, and Madawa remain the only instance of a father and two sons to have captained Nalanda in the Battle of the Maroons (the famous Nalanda-Ananda encounter). Bandula s nephew Malinda also went on to play for Sri Lanka A. 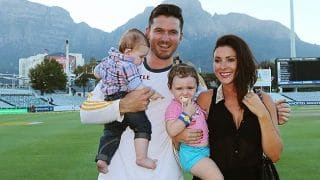 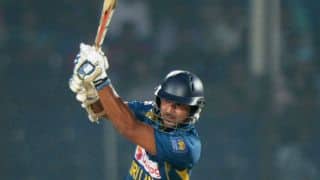