Rubel versus Kohli was a much anticipated contest, but the Bangladesh fast bowler did not make it to the playing XI.

Rubel Hossain versus Virat Kohli was a much anticipated contest ahead of the one-off Test, but the Bangladesh fast bowler did not make it to the playing XI. Mohammad Shahid therefore is the only legitimate fast bowler in the Bangladesh line-up. Pramod Ananth says Bangladesh have made a blunder going in with only one seam bowler. LIVE CRICKET UPDATES AND SCORES: India vs Bangladesh one-off Test at Fatullah, Day 1

Spin was introduced in the sixth over itself of the match as off-spinner Shuvagata Hom replaced Soumya Sarkar, who shared the new ball with Mohammad Shahid. The right-arm seamer has so far played two Tests going into this game and the experience of Rubel Hossain would have come in handy in this match. Even though Shahid started off well, he lost the rhythm after a few overs and was belted by the Indian opener Shikhar Dhawan, who was going all guns blazing on a cloudy morning in Fatullah.

The selection matters concerning Rubel do not make sense. Even in the series against Pakistan, he played only one Test, and despite being completely fit for the series against India, he was ignored for the one-of Test. READ: Shikhar Dhawan puts India in command at Lunch on Day 1 of One-Off Test against Bangladesh

Instead of Soumya Sarkar, it would have been a better with Rubel sharing the ball with Shahid, as it could have made a lot of difference. Rubel has got the necessary aggression and the drive to attack early on with the new ball, and who knows, Bangladesh might have even picked up an early wicket or two. But openers Shikhar Dhawan and Murali Vijay had no problems in negotiating Shahid and the medium pace of Sarkar. After a sedate start, Indian openers picked up the scoring rate and were at a commanding position in such an early stage, which is an ominous sign for the hosts. Live Cricket Score, India vs Bangladesh 2015, One-Off Test at Fatullah, Day 1

Bangladesh have two other spinners in the form of Taijul Islam and all-rounder Shakib-al-Hasan. If Bangladesh had to go in with just one seamer, they should have gone in with Rubel. Given his experience in international cricket, he would have been a better bet in getting his team a breakthrough. India have a superior batting attack and it was imperative for Bangladesh to have some firepower in their bowling ranks. Rubel, for more than one reason, would have been a better choice over Shahid.

Sarkar proved that he can bowl with accuracy in the series against Pakistan, but he will be best suited to bowl with the older ball, giving him the new, shining ball proved out to be a waste. He was neither effective nor did he look threatening enough to pick up a wicket. At the same time, had Bangladesh selected Rubel, the story could have been slightly different.

It is daft to ignore good quality bowlers like Rubel, who also shares an interesting relationship with the Indians. The last time when these two sides had clashed, Rubel had dismissed India’s run machine Virat Kohli cheaply and there was a send off as well. The fans from both the countries would have eagerly waited for this clash, but unfortunately, they will have to wait for another day. 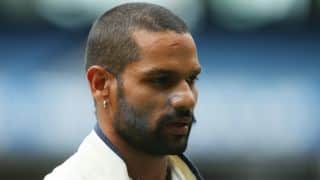 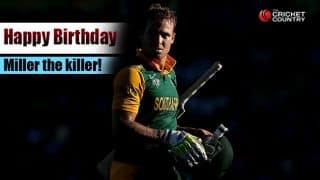