Abu Hider Rony was the pick among the young, emerging Bangladeshi players in the 2015 edition of the BPL.

The third edition of the Bangladesh Premier League (BPL) concluded with the final game contested on December 15 between Comilla Victorians and Barisal Bulls at the Sher-e-Bangla Stadium in Mirpur, Dhaka. The tournament turned out to be a raging success, as the event often witnessed matches taking place in front of packed venues and electrifying atmospheres, as well as a series of thrillers and brilliant individual performances. Amit Banerjee, who was among those who had followed the events of the tournament, lists five players from the 2015 edition of Bangladesh’s premier Twenty20 tournament who had the most impact on the tournament in an overall sense. ALSO READ: Bangladesh Premier League (BPL) 2015’s success should re-instil faith in Australian team

1. Kumar Sangakkara: The recently-retired Sri Lankan wicketkeeper batsman has been at his absolute best this year in limited-overs cricket, especially in One-Day Internationals (ODI). His four consecutive centuries in the ICC Cricket World Cup 2015 may very well go down as one of the greatest feats in the mega-event’s history.

Sangakkara has been enjoying an excellent patch even after retirement, as proved in the recent Cricket All Stars Twenty20 League. Naturally, he was one of the most talked about players ahead of the BPL, the expectations of which he fulfilled by scoring 349 runs for the Dhaka Dynamites (DD) at an impressive average of 39, as well as a strike rate of 117. Among his special knocks in the tournament was his 75 off 56 deliveries against the Sylhet Super Stars that helped the Dynamites finish on a score of 166 which won the game by 34 runs. His 60 in the next game against Barisal Bulls (BB) however, went in vain. Batting aside, he was brilliant with the gloves as well, effecting 13 dismissals to top in that field as well.

2. Ashar Zaidi: The Pakistani all-rounder was phenomenal in the tournament, scoring 215 runs at an average of 53 and a strike-rate of 138 and also took 17 scalps at a superb 10.41, with an economy of 4.78 (brilliant by Twenty20 standards). He may very well have been the most impactful player in his side (although one cannot forget the contributions of Imrul Kayes with the bat).

His all-round performance against Rangpur Riders in the first Qualifier, hammering an unbeaten 40 and recording figures of 4 for 11 played a major role in their one-sided 72-run victory. His best performances with the bat were his unbeaten 53 and 45 respectively against Sylhet Super Stars (SSS) and DD respectively. The successes in the BPL, which ultimately earned him the ‘Player of the Series’ award, would have healed the scars caused by the racist taunts from Craig Overton that he suffered while playing for Sussex in the County Championship earlier this year. ALSO READ: BPL 2015, Comilla vs Barisal, final: Kapali’s heroic innings and other highlights

3. Abu Hider Rony: Bangladesh may have very well found their next superstar in Rony, who easily was the best bowler in the series alongside Kevon Cooper, and led he wicket-takers table for the most part of the tournament. Hider recorded 21 wickets at a decent average of 15, as well as an economy and strike rate of 6.9 and 13 respectively. The statistics would have been a lot better had it not been for his 0 for 35 hammering in the final in four overs.

He was however, lethal in the previous game during Qualifier 1 against Rangpur, where he recorded 4 for 19, his second four-wicket haul of the tournament. What the national selectors would have noted in Rony in the tournament is his useful off-cutters, which Rony peppers in his spells at regular intervals. Another noteworthy feature of his is his ability to go through the batsman’s defences with his lethal yorkers, as the hard-hitting West Indian Lendl Simmons would have learnt in the first qualifier.

4. Mahmudullah: The Bangladeshi all-rounder, who became the first batsman from his country to score back-to-back hundreds in a World Cup, has been an all-rounder in its truest sense in this season. The right-handed batsman scored 279 runs (including two fifties) to finish as the fourth-highest run-getter. Among his best knocks in the tournament are his 51 against Chittagong Vikings, as well as his 48 in the final, that helped lift his side to a competitive score after some early run-ins. He got important breakthroughs with his off-spin when everyone else failed, as was the case in the thrilling final. He was among the better fielders in his side, taking some very important catches.

Most importantly, he led his side from the front to lead them into the final, which in itself is no mean feat at all. It was heartening to see him take the defeat sportingly at the presentation ceremony after the final, where he was also thankful to every member of his side. Maybe the Bangladeshi team management ought to consider him for captaincy some time in the future. ALSO READ: BPL 2015: Misbah-ul-Haq and other Pakistani players return home with bitter memories

5. Kevon Cooper: The Trinidadian has not had the opportunity to represent the West Indies, but has already a mark for himself in franchise-based Twenty20 leagues across the world, playing for Rajasthan Royals in the Indian Premier League (IPL) and for the Trinidad and Tobago Red Steel in the Caribbean Premier League (CPL) back home. To sum Cooper’s performances in the BPL 2015 up in a nutshell, the medium-pace bowling all-rounder was the leading wicket-taker in the tournament, and also came in handy with the bat on several occasions, including match-winning cameos.

Among his best performances with the ball are his 4 for 39 that decimated the Rangpur Riders in the second Qualifier (before finishing the victory for his side with an unbeaten 10), as well as his three wicket-haul against DD (3 for 17) in the eliminator. He was awarded the ‘Player of the Match’ for his unbeaten 11-ball 21 and 3 for 28 against the Chittagong Vikings. He took two consecutive wickets to dismiss Darren Stevens, and Mashrafe Mortaza in the penultimate over of Comilla Victorians’ chase in the final. While the near-hat-trick turned the game around massively, it was but short-lived as he conceded two boundaries to Alok Kapali in the same over, before Kapali finished things off in style in the following over to record what can perhaps be described as one of his most memorable moments in his career. 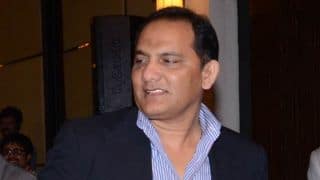