England team has a perfect blend of experience and youth in their squad to squash any changes of Bangladesh avenging their ODI defeat.

England after successfully defeating Bangladesh in a three One-Day International (ODI) series now gear on to take the hosts’ in a grueling 2-Test series. England have moved on from their fear of bombs and gun-men look more settled and determined to take the field. England’s second most capped played Alastair Cook is back to captain the side which is breeding with confidence after a successful series against Pakistan at home. Cook will be under pressure to perform with the bat and skipper a young, experimental side before heading into a crucial series against India in November. FULL CRICKET SCORECARD: Bangladesh vs England, 1st Test at Chittagong

Cook who is all set to play his 134th Test, will hence become their most capped player in their long Test history. Cook will be joined by his deputy Joe Root, interim ODI captain Jos Buttler, Ben Stokes, Stuart Broad and Jonny Bairstow to provide him with support when they clash against Bangladesh. Bangladesh are a tough nut to crack at home which they have proved in the past but have not played consistent Test cricket to keep their form going. England selection have also opted to have many new recruits. The 17-year old Zafar Ansari, 19-year old Haseeb Hameed, county specialist Ben Duckett and the great old-man of England cricket Gareth Batty, are expected to showcase their talent, skill and temperament in the series.

With so much to look forward from the England team, lets have a read about five players who can lead their team to success in the path to glory.

Ben Duckett: Ben Duckett is having a ball of a time with the bat on his first ever tour with the England side, is likely to be presented the Test cap at Chittagong. Duckett has a reputation attached to him that he is more, as the perception is he is more adventurous and versatile as compared to many in the English circuit. Duckett performed well in the ODI series notching up match winning fifties for his side at brisk face at both Dhaka and Chittagong ODI match. With the middle order fragile and rather unsettled, senior player like James Vince and Alex Hales not included in the side, it gives Duckett ample chance to make this slot his very own. ALSO READ: Bangladesh vs England 2016, 1st Test at Chittagong, Preview and Predictions

Jake Ball: England’s new found super star with the ball Jake Ball in all likelihood will play the first Test against Bangladesh, as he is already tasted success on foreign soil. Ball recorded his first ever 5-for in his debut match against the same team a week and half ago. With his confidence sky high he will cherish bowling with the new red-ball. Ball has been phenomenal in past few week with his bowling, including picking gup a hat trick for his county side Nottinghamshire. Ball made his Test debut against Pakistan did not pick any wickets but showed a lot of promise.

Alastair Cook: Cook has to his name every English Test that is there to be achieved. Cook will be adding another feather in his cap when the takes the field on Thursday. Cook will also surpass the 10,600 run mark when he gets to an individual score of 1. Cook has an average of 66.83 against Bangladesh, which grows to 114.00 in Bangladesh. Cook has always favored the spinning challenge thrown at him and with Indian tour in sight, this trip will be an added bonus to their and his own preparation.

Joe Root: Joe Root is currently England’s best batsmen amongst the newer generation. Already regarded as one of the members of the Fab Four of modern generation, Root will be make good use of the opportunity playing under Bangladesh conditions. Root is yet to play against Bangladesh in the longer format and more so with this being his first ever trip to the nation, will added more responsibility on his shoulders. Root’s foot work and nimbleness will be at display against the Shakib Al Hasan and company on spin friendly conditions.

England have a truck load of players in their side, who will be eager to show to the world how eye catching and bankable they are. Ansari, Haseeb Hameed and Duckett will want to take the international stage by storm, will staking claim in the England Test structure. Duckett with his show in the ODI series is a front-runner to make his Test debut at Chittagong, while Ansari and Hameed will have to wait their chance. It will also be a perfect chance for Stuart Broad, Chris Woakes, Jonathan Bairstow and Jos Buttler to prepare themselves for the upcoming 5-Test series against India in a months time. India will be a tough and challenging tour could very well be a last trip to the Indian shore in their career, while for other it could be a small step towards superstardom. 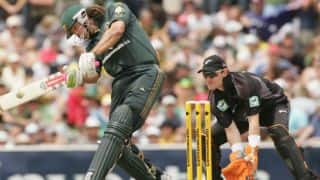