Here is what Bangladesh would prefer having their starting XI as, in the final match of the series against England at Chittagong.

England face Bangladesh in the last One-Day International (ODI) at the Zahur Ahmed Chowdhury Stadium, Chittagong on Wednesday. This match has a lot of impetus as the series leveled. The series was already in a lot of uncertainty due to the terror attacks in July 2016 which injected doubts in England s mind to carry on with the tour. After appointing a special committee to examine the security prospects, England squad gave green signal to the tour but some of their key players have opted out of it. England will be without regular skipper, Eoin Morgan and Alex Hales, who backed out of the bilateral series citing security issues whereas Joe Root has been rested for limited-overs. FULL CRICKET SCORECARD: Bangladesh vs England, 3rd ODI at Mirpur

Bangladesh defeated England by 34 runs in the second One-Day International (ODI) to keep the series alive. Winning the toss, Jos Buttler, invited Bangladesh to bat. Bangladesh did not get off to a blistering start as they lost wickets in quick succession and were tottering at 39 for 3 at one stage. Nonetheless, Bangladesh s Mr. Dependable, Mahmudullah s 75 off 88 balls along with skipper Mashrafe Mortaza s 44 bailed the team out to 238 for 8 in 50 overs. England were in all sorts of trouble in the modest chase as they were 25 for 3 but Jos Buttler s 57 and Jonathan Bairstow s 35 kept them in hunt. After the dismissal of the duo, wickets fell in clusters to give Bangladesh a much needed win and keep the series alive before the final ODI at Chittagong. Based on these things, Rohan A. Sawant predicts what the likely XI for the hosts will be:

Top Order – With Imrul Kayes smashing a ton in the first encounter, it is highly unlikely that Soumya Sarkar will make it to the side as Tamim Iqbal and Kayes will open the batting for Bangladesh. Iqbal s blade was silent in the first innings and will be hoping to fire in the second game as Kayes has been in magnificent form and if Iqbal accompanies him, Bangladesh will off to a flying start. England bowlers will certainly be in a lot of trouble if these two get going. Bangladesh will be banking on these two to make the most of the new ball in the powerplay overs. READ: Bangladesh vs England: Mashrafe Mortaza refuses to apologise to visitors

Sabbir Rahman migh continue to bat at three as the right-handed batsman looked good at that position in the first game. He was dismissed for 18 and was unlucky to get out in this manner as he played a good shot, which was caught by Jake Ball at the boundary. It was some tremendous athleticism, which brought an end to Rahman s innings. He has the potential to play long innings at a brisk pace.

Middle Order – Bangladesh have a formidable middle-order but looks slightly out of touch. The likes of Mahmudullah, Mushfiqur Rahim and Shakib Al0Hasan inspire confidence and can win matches on a given day. Mahmudullah got out after getting a good start in the first game and will look for the revival of fortunes in the next game. The right-handed batsman got a tenacious 25 in the first and will look to add some more to his name in the decisive game.

Mushfiqur willow has not scored the amount of runs his team would have preferred to. The explosive batsman can put the opposition under the pump with his maverick approach and is well capable of changing the course of the game in a span of few overs. His return to form is crucial for the Bangladeshi side and this would be the ideal platform for him to do so. Shakib played well in the first game and will look to continue his good form in the second game as well. He was unable to finish things off in the previous encounter as he was dismissed at the wrong time. He would certainly look to play a longer innings, which will be beneficial for his side. ALSO READ: Bangladesh vs England: Jos Buttler’s on-pitch bust-up will fire both teams, says Moeen Ali

Lower-order– Mosaddek Hossain and Mortaza are well capable of chipping in with some valuable runs lower down the order. If the top-order collapse, they can surely contribute some runs lower down. Mosaddek looks promising with his off-spin but failed to make any impact in the first game. With England having a lot of left-handers in their batting line up, Mosaddek can have a role to play. Mortaza, on the other hand, is a pinch hitter and can go for some biggies if needed. The hosts captain will hold the key in the final encounter as he played a match winning role in the second ODI to level the series.

Their pace attack for the hosts includes the likes of Mortaza, Shafiul Islam and Taskin Ahmed. In Mortaza, they have some experience while Taskin has the job of restricting the opponents in the middle. Shaiful bowled decently in the first game and had two wickets to his name and will look to do well for his team when they need the most. Mosharraf is another spinner in the lineup as Bangladesh have enough variation in their spin department with Shakib and Mosdaddek. They have a well-balanced team and will look to rectify things, which went wrong in the first. Their batting needs to step up as England have depth in their batting unit. One can only expect the venue to be batting friendly. 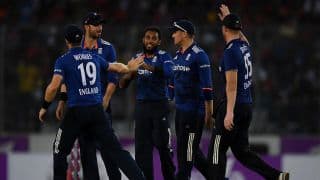 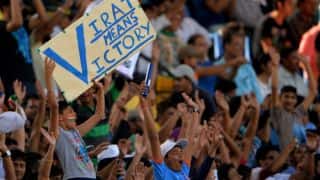