After claiming the One-Day International (ODI) series 3-0 last week, this could be New Zealand's second consecutive whitewash victory in a series.

After notching up an unassailable 2-0 lead in the ongoing three-T20Is series versus Bangladesh, New Zealand will look to record yet another clean sweep. After claiming the One-Day International (ODI) series 3-0 last week, this will be their second consecutive whitewash victory in a series, and with two-Tests series lined up next they will want to attain an unprecedented treble. The BlackCaps have been led ably by Kane Williamson, who has been at the top of his game in individual capacity as well as the captain. New Zealand have mostly been flawless across departments in the series so far. Ahead of the third and final T20I, let us look at the possible playing XI that the hosts could field on Sunday at Bay Oval.

Top- Order: New Zealand, in all likelihood, will see Williamson open the batting in the final T20I as has been the precedent in the series. The only problem is the non-availability of Luke Ronchi, who has been replaced by Tom Blundell in the side following an injury. Given the form Colin Munro is in after the last match, he is all set to partner Williamson against Bangladesh in the final game, despite George Worker being there in the Kiwi camp as a specialist opener.

Both Williamson and Munro are the leading run scorers in the ongoing series and will want to keep up with the stats. The No.3 slot will see the explosive Corey Anderson come into bat. Anderson has so far failed to click in the series, but knowing his hitting abilities it could just be a matter of some time before he gets back in form.

Middle Order: New Zealand s strength in the series has been the performance of their middle order. With the likes of Tom Bruce, Colin de Grandhomme and James Neesham looking in good touch, it spells doomsday for Bangladesh bowlers. Bruce, very early into his career, has been exquisite so far, specially in the last contest where he notched up his first T20I half-century. De Grandhomme s batting has added much depth to the BlackCaps side; his knock of 41 from the first T20I was an innings that shut the door for Bangladesh who were sniffing their chances after dismissing the New Zealand middle order for cheap.

Neesham has failed to impress so far, but he can be expected to fire any time. Fresh from an outstanding show in the New Zealand domestic T20 competition, Blundell is surely to get his debut in absence of the regular wicketkeeper Ronchi. Blundell, playing for Wellington, has scored 243 runs at 34.71.

Lower Order: Mitchell Santner has been a revelation for New Zealand in the past season. Santner, with his skills as a batsman, has shown glimpses of the damage he can dish out, while his bowling has been a strong point for New Zealand. New Zealand s newest recruit Ben Wheeler has been economical with the ball while picking up crucial wickets. Wheeler has mostly bowled impeccable line and length.

Trent Boult will lead an exciting pace attack for New Zealand. Boult, coming in only the second T20I, would want get some match practice before the start of the Tests. Ish Sodhi in all likeliness will round off the bowling unit, his late resurgence in the last match brought and complete halt to the Bangladesh s fight-back. 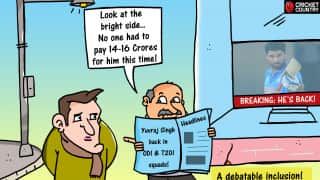 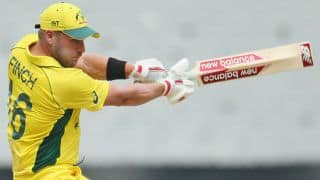