Bangladesh vs New Zealand, T20I series: Visitors’ marks out of 10

Bangladesh vs New Zealand, T20I series: Visitors’ marks out of 10

As Bangladesh end the T20I series with 0-3 defeat, here are the marks on the basis of their performance.

Bangladesh finished yet another dreadful series in New Zealand, as they were handed back-to-back whitewashes by the hosts. Coming from a 0-3 defeat in the ODIs, it was equally important and tough for the team to make a comeback with in the shortest-format series. To make matters worse, they failed to manage even one victory in the either series. The Kiwis were dominant in all the matches. Though a few heroics came from the visitors, they could not play as a cohesive unit. As a consequence, they will be heading into the Test series under a lot of pressure.

Bangladesh had had enough time to adjust to the conditions given they had already played 3 ODIs before the T20I series, but again, they failed to apply themselves in the time of need. Shakib Al Hasan, Soumya Sarkar and Sabbir Rahman did relatively well, while Rubel Hossain impressed with his bowling skills. However, none of the efforts were backed by their teammates to convert it into a team performance. The top-order was a big disappointment, with Tamim Iqbal, the biggest name in the batting line-up, failing to do emulate his genius. Though Mustafizur Rahman bagged wickets, the numbers were not at par, given the hype and excitement regarding his comeback into the international circuit was. As they end the T20I series, here are the marks given to the players on the basis of their performance:

Tamim Iqbal (4/10): Tamim’s was the most disappointing performance. The southpaw is the most accomplished among the batsmen, and coming from a successful series against England, all eyes were on him. Opening the innings in all the T20Is, he failed to reach even the 30s, not providing the start Bangladesh had planned. Two of his dismissals were due to poor shot-selection, while the third was a horrible call for run that ended up in a run out.

Imrul Kayes (3/10): Kayes story is similar to that of Tamim. His performance in the ODIs was decent. However, having spent more time, he was expected to come back with better performances but what followed was even more disappointing. With both the openers failing to perform, Bangladesh s batting never got the push in the beginning, putting a lot of pressure on middle-order.

Sabbir Rahman (5/10): What earns Sabbir more points than his teammates is his 48-run knock in the second T20I. When the openers failed, he stepped up to raise the bar but failed to maintain consistency in the series.

Shakib Al Hasan (6/10): Shakib provides vital support to the middle-order batting, along with leading the spin department. In tough conditions, he scalped wickets as well as maintained a decent economy. He also played a 42-run knock in the final match. However, more was expected from the experienced player.

Soumya Sarkar (7/10): Soumya Sarkar performed better than the more experienced ones. He contributed with a crucial 39 in the second match and 42 in the third. He was also handed the ball occasionally, but that proved to be a wrong decision for the skipper.

Mahmudullah (5/10): Another experienced player in the series, Mahmudullah s silver lining in the series was his 52-run knock in the first T20I. But the player struggled with consistency, as he failed to do anything mentionable in the following matches.

Mosaddek Hossain (4/10): Mosaddek Hossain s role in the team was to strengthen the middle-order and add more runs with the tail. However, he failed to play a long innings. He was also sent to bowl, picking up a wicket.

Mashrafe Mortaza (2/10): Being the captain as well as the leading of the pace attack, a lot depended on Mortaza on this challenging tour. Mortaza could bag only a wicket from three matches. His hard-hitting abilities were also rarely used, and his captaincy remained ordinary.

Nurul Hasan (4/10): It is actually not fare to mark Nurul based on his limited performances. Nurul plays as the wicketkeeper-batsman, but he was sent quite lower in the order, having hardly any scope of showing his skills with the bat.

Rubel Hossain (7/10): While his fellow teammates had a terrible time, Rubel made the tour his perfect comeback, bagging 7 wickets from 3 matches. His scalps included the opponent captain Kane Williamson. He produced good pace and succeeded in confusing the batsman with his change-in-length tactic.

Mustafizur Rahman (5/10): Another ordinary performance was that of Mustafizur Rahman. Mustafizur is being considered as the next wonder-bowler produced by Bangladesh, given his wily cutters. However, he, too, failed to maintain consistency, at least as much as was expected from him. However, it was after quite a long time that the bowler made a comeback to international cricket, and it will be interesting to see if he shows his prowess in the Test series. 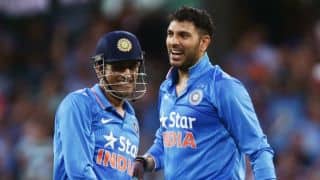 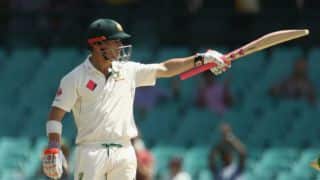 David Warner: Will have to adapt to Indian conditions quickly