The games are expected to be played in a fierce manner, and thus, there will be a few interesting on-field clashes between the players who will compete on their skills.

After an evenly contested Test as well as One-Day International (ODI) series, where both the teams shared the honours with the scoreline reading 1-1, hosts Sri Lanka and visitors Bangladesh are ready to engage in a T20I battle to determine the ultimate winner on this tour. The two teams will sign off the tour with a two-match T20 International (T20I) series, which commences on Tuesday with the first game being played at Colombo. For the shortest format, the two teams have made a few changes to their squads. While Sri Lanka have left out Man of the Series in ODIs Kusal Mendis and brought in Thisara Perera, Bangladesh have added uncapped Mohammad Saifuddin to the squad. Full Cricket Scorecard: Bangladesh vs Sri Lanka 1st T20I at Colombo (RPS)

With the Test as well as ODI series going down to the wire, it won t be a surprise if the T20I series also ends with 1-1 scoreline. However, the two teams would like to win it so that they can have moral victory in the end. The games are expected to be played in a fierce manner, and thus, there will be a few interesting on-field clashes between the players who will compete on their skills. These clashes will determine the fate of the match. So let us have a look at them here:

Lasith Malinga vs Tamim Iqbal: This looks like a mouth-watering contest. Tamim Iqbal has not faced Malinga as yet on this tour, and that is because the Slinga plays only T20s a format he is very lethal at. Malinga, who made a sensational return to cricket during the Australia tour earlier this year, will be itching to have a go at Tamim at the top. The Bangladeshi run-machine will have to deal with the pace spearhead s toe-crushing yorkers to get his runs.

Mehedi Hasan vs Sri Lankan openers: Mehedi Hasan has been rising in stature with every outing. During the ODIs, where he made his shorter-format debut, he was brilliant sharing the new ball against the Lankan openers. The off-spinner asked serious questions to the southpaw openers Danushka Gunathilaka and Upul Tharanga with his away going deliveries. The T20Is are not expected to be any different.

Mustafizur Rahman vs Asela Gunaratne: Asela Gunaratne will share fair bit of spotlight during the game. He was, after all, star performer in the T20I series Down Under. In fact it was his heroics against Australia that earned him an IPL contract with Mumbai Indians. Mustafizur The Fizz Rahman, on the other hand, is already a pro at a very young age. He will test Gunaratne with his wily off-cutters and terrific yorkers.

Sri Lankan death bowling vs Mahmudullah and Mosaddek Hossain: Mahmudullah and Mosaddek Hossain proved too hot to handle for the Lankan pacers in the slog overs during the first ODI. Batting at No. 6 and 7, they added quick runs in the death overs to take Bangladesh to a beyond-par score. In the format which demands slogging from the word go, these two men will be more than handy. The pressure will be on the Lankan bowlers. However, Malinga s return should offer some solace. 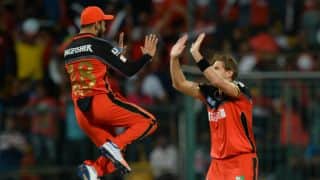 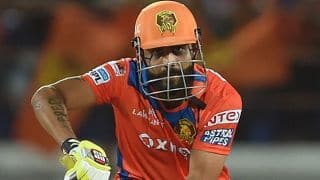