Bangladesh vs Sri Lanka, 3rd ODI at Colombo: Likely XIs for both sides

Bangladesh vs Sri Lanka, 3rd ODI at Colombo: Likely XIs for both sides

Sri Lanka will play for equality while Bangladesh will participate to craft a historic series win away from home.

After suffering an unfortunate wash-out in the second One-Day International (ODI) at Dambulla, both Bangladesh and Sri Lanka will be eager to continue their battle at Colombo. The third and final ODI will take place at Sinhalese Sports Club in Colombo, unlike the first-two that were hosted at Dambulla. Trailing 1-0, Sri Lanka had a perfect opportunity to level series after asking Bangladesh to chase down 312 runs. But as expected, rains played killjoy and denied fans of an exciting contest. Sri Lanka will play for equality while Bangladesh will participate to craft a historic series win away from home. FULL CRICKET SCORECARD: Bangladesh vs Sri Lanka 3rd ODI at Colombo

Ahead of the final ODI, let us take a look at the likely XIs the two teams will field in the crucial fixture:

Top order: Bangladesh’s batting charge will be taken care by Tamim Iqbal and Soumya Sarkar. Having struck a hundred already against the hosts, Sri Lanka will be wary of Tamim. Sarkar, on the other hand will want to translate his Test form into the ODIs. At No. 3, Sabbir Rahman forms the backbone of a strong middle order.

Sri Lanka’s middle order remains in good form with Dinesh Chandimal and Asela Gunaratne finally getting amongst runs. Gunaratne’s belligerence is of premium for the hosts in the death overs. Milinda Siriwardana scored run-a-ball 30 in his last outing and handed impetus to his side.

Bangladesh’s experienced middle order can pack punch when needed. Mushfiqur Rahim and Shakib Al Hasan can adapt to any situation and absorb pressure. Mossadek Hossain along with Mahmudullah will be expected to come out all guns blazing.

Even though Bangladesh attack took a pounding in the last match, Mashrafe Mortaza, Mustafizur Rahman and co cannot be taken lightly. Rahman’s bowling figures were unlike his usual returns. The second ODI will mostly be remembered for Taskin Ahmed’s hat-trick. Poor shot selection along with a brilliant yorker enabled him to grabhis first hat-trick. Mehedi Hasan completes a well rounded attack.

Dilruwan Perera and Thisara Perera form a deadly duo; that can turn matches with their bat and ball. Sri Lanka made wholesome changes in their bowling but as luck would have it one could not take full view of them. Suranga Lakmal will spearhead the attack along with Nuwan Pradeep and Nuwan Kulasekara, who is just 5 wickets away from his 250th scalp. Sourav Ganguly: Team India has potential to win anywhere in the world 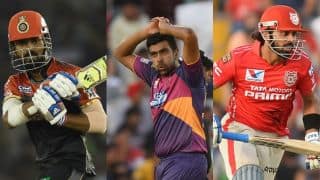