Bangladesh vs Sri Lanka, Test series: Marks out of 10 for both teams

Bangladesh vs Sri Lanka, Test series: Marks out of 10 for both teams

While Sri Lanka were clinical in the series opener, Bangladesh with a commendable job made a comeback in the second and final Test to draw level.

Before Bangladesh’s 100th Test started, Sri Lanka Cricket celebrated their milestone by giving them a treat. The hosts get full marks for the gesture. It is not something we see often. However, it was a well-fought series. From the warhorse Rangana Herath taking wickets by the bucketful to Shakib Al Hasan justifying his No. 1 status in the ICC Test Rankings for all-rounders, the Joy Bangla Trophy produced some top-drawer cricket. While Sri Lanka were clinical in the series opener, Bangladesh with a commendable job made a comeback in the second and final Test to draw level. While Shakib gets a 10-pointer, let us walk the marks for other players: Full Cricket Scorecard: Bangladesh vs Sri Lanka, 2nd Test at Colombo

Dimuth Karunaratne (6.5/10): He was out in the 30s in the first match, throwing away good starts. In the second match, he started off with a mere 7, falling prey to Mustafizur Rahman. However, it was his resolute 126 in the last essay that earned him all the points. In fact, had he not played a resilient knock, Sri Lanka would have stared down the barrel and suffered an ever more embarrassing defeat.

Upul Tharanga (6/10): Barring his stunning 115 in the second innings of the first match, Tharanga had an ordinary series. However, the very innings set the tone for Sri Lanka, eventually winning the match by 259 runs.

Kusal Mendis (7/10): Kusal Mendis had an entertaining start to the series. He edged the very first ball of the series to Mustafizur at deep fine-leg. But the Bangladesh cricketer stepped over the boundary line to gift Kusal Mendis a six. And little did anyone know that he would later go on to smash 194. Nonetheless, apart from this class-apart knock, he had an ordinary series.

Dinesh Chandimal (6/10): Unlike the top three, Chandimal had a hundred as well as a fifty to his name. He, however, loses a few marks for not upping the ante when the team needed him the most.

Niroshan Dickwella (4/5): His journey was similar to Gunaratne’s. He scored 75 in the first innings but failed in the next 3 innings.

Dilruwan Perera (7/10): He took 8 wickets in the series as well as scored 143 runs. In the absence of all-rounder and captain Angelo Mathews, Perera did an exceptional job in all the departments of the game.

Suranga Lakmal (4/10): Lakmal took 3 wicket at 50. On track that offered very little to the pacers as the match progressed, he could not provide much impetus. He did play two important innings in the second Test, and hence gets a few points.

Lakshan Sandakan (2.5/10): He was as ordinary as Lakmal. The only difference is he grabbed 3 more wickets.

Lahiru Kumara (1/10): He gets only a mark for taking a solitary wicket.

Tamim Iqbal (9/10): He is now the highest run-scorer for Bangladesh in fourth innings, surpassing his teammate Shakib Al Hasan. He scored 207 runs at 51.75, inclusive of 2 fifties, one of which came while chasing history in their 100th Test.

Soumya Sarkar (8/10): Sarkar was as good as his opening partner. In fact, it was the starts these two provided that laid the solid foundation for the middle order. He scored 195 runs at 48.75 inclusive of 3 half-centuries.

Mominul Haque (1/10): He was dropped in the second Test for scoring only 7 in the first.

Mushfiqur Rahim (9/10): Captaining Bangladesh in their first win over Sri Lanka must have brought tremendous joy for Mushfiqur. Above all, he scored 193 runs at 64.3 including two fifties.

Imrul Kayes (3/10): Given the chance in the final Test, Imrul Kayes scored 34 in the first innings and a golden duck in the second. He also put down a catch, though tricky.

Sabbir Rahman (8/10): One of the biggest surprises in the first Test was the absence of Sabbir from the side. Coming back into the side in a crucial match, Sabbir proved why he is one of the most crucial members of the side. He scored 42 in the first innings and followed it up with a much-needed 41 in the second. His knock in the second was one of the major reasons behind Bangladesh s victory.

Mahmudullah (1/10): One of the most dependable all-rounders of Bangaldesh s current line-up, more was needed from Mahmudullah than an 8 and a 0 in the first Test. He also failed to take any wickets and his performance led the management to make him sit him out for the second game.

Liton Das (4/10): Brought into the team as a replacement behind the stumps, Liton was also expected to take charge of the middle-order batting. He scored a 5 and a 35, his keeping skills were nothing extraordinary and Mushfiqur had to take control the next game as he was injured.

Mosaddek Hossain (8/10): After impressing one and all with his performances in limited-overs, Mosaddek made his Test debut special. On the occasion of Bangladesh’s 100th Test, the youngster scored a magnificent 75 down the order which was a crucial boost of runs for the team.

Mehedi Hasan (7/10): One of the brightest youngsters of Bangladesh line-up, Mehedi picked up 10 wickets from the two Tests. He produced chances and provided crucial breakthroughs to the team.

Taskin Ahmed (2/10): Taskin was expected to lead the pace bowling along with Mustafizur Rahman looking at his experience. However, his spells lacked variation and on many occasions did not support the field set. He bagged just a couple of wickets in the first Test.

Mustafizur Rahman (7/10): There was more to Mustafizur s bowling than the 8 wickets he picked up in the two Tests. He kept on producing chances, kept his spell neat. His wickets came at the right time. His 3 wickets in the second session of Day Four of the second Test changed the course of the game completely. All in all, it was a decent series for the sensational bowling on his comeback.

Subhashis Roy (5/10): Roy can be named the find for Bangladesh in the series. The pacer impressed one and all with his brilliant seam position, tight bowling and the ability to produce movement with a consistent pace. However, he could pick up only 3 wickets.

Taijul Islam (1/10): Brought in for the second Test, experienced Taijul disappointed bagging only a couple of wickets. Bowling in Sri Lanka, he was expected to get assistance from the pitch and pull off a better job than he did. 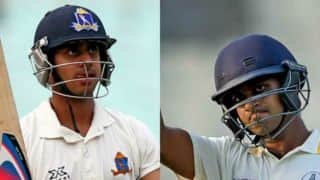 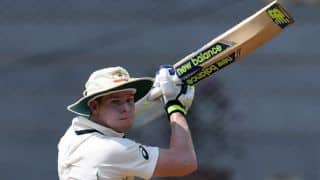