Shakib Al Hasan made a valiant return to international cricket with a six-wicket haul in the first Test between Bangladesh and Zimbabwe. Sameer Jha analyses his performance and his indefatigable desire to be the hero for his country.

Shakib al Hasan, carries the hopes and aspirations of several Bangladeshi fans (they love their cricket, despite poor performances by their national team) on his shoulders. Keeping this in mind, the ban imposed on him came as a huge disappointment.

According to Bangladesh Cricket Board (BCB), Shakib threatened to quit playing international cricket if he wasn’t issued a NOC (No Objection Certificate) to participate in the Caribbean Premier League (CPL). The all-rounder must have thought that Bangladesh cricket would struggle without his presence, and thus his threat to quit international cricket would scare the BCB officials to submit to his demands.

On the contrary, Shakib was banned from playing domestic T20 leagues until the end of 2015, and was also suspended from playing international cricket for six months. Certainly, the decision would have come as a matter of huge disappointment. If not for the ban, he might have helped Bangladesh secure a victory in their horrendous tour of the West Indies, and could also have helped Kolkata Knight Riders (KKR) clinch the Champions League Twenty20 (CLT20) title where they failed at the final hurdle.

But, cricket is not about ‘ifs’ and ‘buts’. Shakib  returned to international cricket against Zimbabwe, and he returned with a bang. The all-rounder’s first of six victims was Hamilton Masakadza. Shakib tempted Masakadza to take the aerial route, but the 31-year old failed to connect sweetly enough and was caught as a result. Shakib, then used his skill to extract uneven bounce from the pitch, which was too much for the Zimbabwean batsman. Critics may say that his figures came against a weak Zimbabwe side, and three of his six wickets were of tail enders, but they can’t deny the fact that he is the best Bangladesh cricketer by a long margin.

Shakib, who is often accused of arrogance, showed humility by crediting his fans for his performance, and posted on his official Facebook account: “Before I was about to deliver the first ball, the way the crowd cheered for me, I forgot everything else all my concerns and all the other feelings disappeared. I am very lucky to get this support and hopefully I will continue getting this.”

The all-rounder is yet to bat in the match, it is likely that he will come good in that department too. Bangladesh will be glad to have their favorite player back and firing all cylinders. With him on their side, they’re capable of causing a few upsets in the upcoming ICC World Cup 2015. 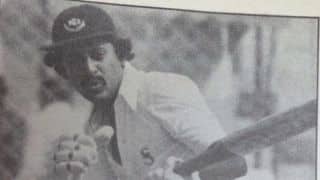 Thirumalai 'TE' Srinivasan: Graceful at the crease and in death 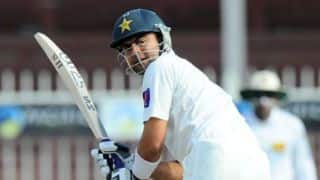