While Shakib Al Hasan had broken all sorts of records with 217, Mushfiqur Rahim joined in the fun as well, smashing 159. The pair added 359, once again, breaking plenty of records in the process.

Nobody, perhaps not even the greatest New Zealand supporter, would have given their team the slightest chance after Bangladesh declared on the third morning on 595 for 8. While Shakib Al Hasan had broken all sorts of records with 217, Mushfiqur Rahim joined in the fun as well, smashing 159. The pair added 359, once again, breaking plenty of records in the process. New Zealand responded with 539. Then Bangladesh collapsed out of nowhere, for a mere 160 in less than 58 overs. Set to chase 217, New Zealand won a spectacular race against time, chasing down 217 at almost 5.50 an over. Kane Williamson led the charge with a 90-ball unbeaten 104, while Ross Taylor scored 60. New Zealand won by 7 wickets.

Of course, such remarkable Tests account for plenty of records. For example, Bangladesh registered the highest team score in a defeat. The previous record, of 586, dates back to 1894-95, and came in a timeless Test.

Bangladesh scored 160 in the second innings, which was 435 fewer than their first-innings total. This is the third-highest fall between innings in a single Test. Do note the fact that Bangladesh had actually declared their first innings.

As evident from the above table, the highest rise between innings was 551. This was the same Test where Hanif Mohammad played his immortal 16-hour marathon.

Shakib also became the seventh batsman in history to score a double-hundred and a duck in the same Test.

As is evident, Dudley Nourse is the only one to score a duck in the first innings and a double-hundred in the second.

Shakib s 217 is also the fifth-highest score by anyone in a Test history. Unsurprisingly, Brian Lara occupies two of the first four slots. Shakib fell 25 short of Ricky Ponting.

Had Shakib and Mushfiqur added another 5 runs, they would have held the new world record for the highest partnership in a losing cause. Fortunately (or unfortunately, depending on your perspective), they are now second.

Shakib and Mushfiqur also posted the third instance of one batsman scoring a double-hundred and another 150 in a defeat.

– Williamson is the only New Zealand batsman to score 2 hundreds in fourth-innings chases. Jeremy Coney, Shane Thomson, Glenn Turner, John Wright, and Bryan Young have one each.

– Williamson is also the only New Zealand batsman to score 3 hundreds in the fourth innings of a Test. He went past Bevan Congdon, who has 2.

– Williamson s career aggregate, which was 4,648 runs before the Test, currently stands at 4,805. In the process he has gone past Nathan Astle s 4,702, and is currently at sixth on the all-time New Zealand list. 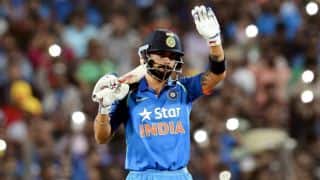