On November 20, 1970, Barry Richards scored an unbeaten 325 in a single day's play against a powerful Western Australian attack powered by Graham McKenzie and Dennis Lillee at the fiery WACA. H Natarajan goes into the archives to recall what remains one of the greatest innings in all First-Class cricket. 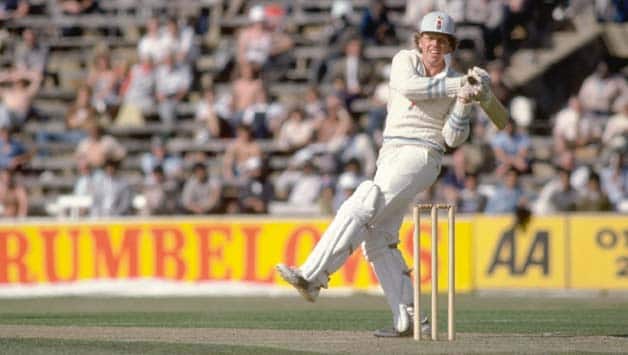 Many cricketing pundits believe Viv Richards to be the greatest batsman after Sir Don Bradman. But the Don named Barry Richards (above) in his all-time great XI in which Viv Richards had no place! © Getty Images

On November 20, 1970, Barry Richards scored an unbeaten 325 in a single day’s play against a powerful Western Australian attack powered by Graham McKenzie and Dennis Lillee at the fiery WACA. H Natarajan goes into the archives to recall what remains one of the greatest innings in all First-Class cricket.

The track at Western Australian Cricket Association (WACA), Perth, is considered the fastest in the world. The WACA is to fast bowlers what many of the Indian wickets are to spinners. And when someone of the calibre of Dennis Lillee bowls on such a track, the pace that batsmen have to deal with acquires demonic proportions.

It’s on this track that an extremely powerful Rest of the World XI, comprising legendary names like Sunil Gavaskar, Rohan Kanhai, Zaheer Abbas, Clive Lloyd, Tony Greig and Garry Sobers to name a few, were shot out for 59 runs in 14.1 overs by Dennis Lillee, who masterminded the sensational rout with analysis of  7.1- 3- 29- 8. In fact, Lillee took nine wickets in that session by getting Farokh Engineer a second time in the pre-lunch phase. Lillee, still in his first year in international cricket, was a dreaded bowler even then.

The focus of this article, however, was a match played a year earlier on this very ground between Western Australia and South Australia. The then 21-year-old Lillee’s opening partner was Graham McKenzie who quit international cricket when just three short of surpassing Richie Benaud as the highest wicket-taker in Tests for Australia. Completing the Western Australia bowling attack in this Sheffield Shield match were Ian Brayshaw, Tony Lock, the great English left-arm spinner, Tony Mann and John Inverarity. The odds were heavily stacked against the South Australia, who opted to take first strike of the WACA wicket and opened the innings with Barry Richards and John Causby.

Richards had played just one Test series – which was, sadly, also his last – against Australia earlier that year, in which he scored 508 runs at an average 72.57. He was not that big a name going into the match as the aura around his batting skills that the world was to marvel in the years to come was still unknown.

Richards knew what he was up against looking at the hard, shiny track at the pre-match nets. He had never seen bowlers generate the kind of bounce that the track was affording. But what unfolded that day was one of the greatest exhibitions of batting in the history of all First-Class cricket anywhere in the world.

Runs cascaded of his magical willow as he found the vacant spaces in the field with geometrical precision to hit the ball to just about every part of the ground. The high quality Western Australian attack was made to look like a schoolboy attack by the genius of Richards, who brought to play his technical brilliance to stamp his mastery.

Ian Chappell came in at one-drop after Casuby fell for 38 with South Australia’s score on 109. But such was Richards’s dominance this day that despite scoring 129 runs and sharing a second wicket partnership of 308 in 170 minutes, Chappell almost went unnoticed.

“That evening when Lillee bowled the last ball of the day, I simply walked down the wicket, drove the ball back past him to the sightscreen for four and, without breaking stride, continued towards the pavilion: 325 not out,” Richards recalled in his autobiography. The Barry Richards Story.

It remained a record for the most runs scored by a batsman in a single day’s play in First-Class cricket till Brian Lara scored 390 runs on June 6, 1994 to move from 111 to 501 not out for Warwickshire against Durham at Edgbaston in 1994.

Lara may have scored few more runs than Richards, but there is no comparison between the quality of the two innings. Durham had gained county cricket status just two years earlier and had no bowler of international note. The Western Australian attack was of a very high quality and the WACA was a delight for pacemen. Richards wrote about his innings in his book, “I think the quality of their attack, which also included Tony Lock, helped me maintain a higher than usual level of concentration. It all began with a quarter of an hour of reconnaissance before I got off the mark, a period of adjustment to the pace of that delightful wicket. My first runs came from a square drive off the backfoot which I hardly stuck, but the ball flew past point for four. So fast did the ball come on to the bat that every nudge sped to the boundary. By lunch I had made 79 in a fairly steady way, but in the next session Ian and I sailed into their spinners. We matched each other shot for shot and I progressed from 100 to 200 in 84 minutes.”

Lillee, as was to be expected, showered Richards with a verbal barrage, while Richards answered with a barrage of boundaries. It was the kind of carnage that has rarely been witnessed in cricket, especially against such a quality attack and in conditions helpful to the two great fast bowlers.

Richards’s innings lasted another 42 minutes the following morning. “It took a terrible lbw decision to get me out,” Richards opined. Richards batted 372 minutes for his 356 runs, which contained one six and 48 hours. His 100 came in 125 minutes, 200 in 209 minutes and 300 in 317 minutes. And Graham McKenzie and Dennis Lillee conceded 101 and 117 runs respectively – McKenzie getting the wicket of Greg Chappell for his toil, while Lillee going wicketless.

Sadly, like Kapil Dev’s epic 175 not out at Tunbridge Wells in the 1983 World Cup, Richards’s monumental 325 runs in a day has no television footage. As Richards explained in his autobiography, “One of my real regrets in life is that although two television stations covered the day’s play, neither has any recording. ABC searched high and low for it, but with no success. The only souvenir I have is a three-minute film taken by a friend of mine, which is not very clear but does include a shot of the scoreboard at the end of play.”

How great was Barry Richards? Modern students of the game can get a fleeting idea of his genius by the fact that when Don Bradman chose his all-time great team shortly before his death, he had Barry Richards as Arthur Morris’s opening partner – a team which did not have Viv Richards, the man whom many hailed as the greatest after The Don!

It’s one of Test cricket’s greatest tragedies that the world could not see more of the South African’s genius than the one series he played against Bill Lawry’s Australia.