The BCCI could have allowed players to participate in Ranji Trophy quarter-finals.

The Board of Control for Cricket in India (BCCI) recently refused to allow six Indian players to participate in the Ranji Trophy quarter-finals which clashes with the Indian team’s departure to New Zealand by a day. Abhijit Banare elaborates on why the players should have been there.

Going by past records of Ranji Trophy seasons, this time around the tournament has been comparatively even, with no team dominating throughout the season. Teams like Bengal and Mumbai just about made the cut. During the knockouts, the respective teams would have been more than delighted to have some of their senior players in the side to boost the morale and performance. Yet for reasons best known to the BCCI, the players were refused permission to participate in the tournament. India are scheduled for departure to New Zealand on January 12 and the quarter-finals’ fifth day ends on the same day. Just about a week before the start of the One-Day International (ODI) series since then, the players would have loved to represent their respective sides. Below are a list of players who couldn’t play the Ranji quarter-finals:

Since it was not possible to participate, Mohammed Shami joined the Bengal camp to help the pacers to prepare for the crunch game. This does indicate how much it means for the players to see their domestic sides perform well. Bengal and Mumbai are two teams lucky to get the services of players who were selected for the Test side. The value of having a player like Zaheer Khan leading your side in a knockout game is priceless. Zaheer’s presence not just keeps the opposition batsmen on its toes, but raises the level of the other players in the team. On the first day we saw one example of the difference an international player can make. Bengal who had given away the initial advantage to Railways were held together by Wriddhiman Shaha’s unbeaten half-century. The wicketkeeper-batsman is batting with the lower-order to keep his team’s hopes alive. We will see Zaheer in action on the second day to know what he has to give.

As Rahul Dravid said to Espncricinfo that there have been occasions in the past where the players have joined the team late or a bit early as well. While Venkatesh Prasad raised the point of Bhuvneshwar Kumar lacking match practice, the same goes with Suresh Raina who hasn’t been in great touch either. A century in the key clash would have virtually changed the mindset on the eve of the departure for him. Struggling to deal with bounce, Raina would have needed that match badly. The same is the case for Rohit Sharma. It is equally important for players in form as well but it depends on whether they prefer to give themselves rest or keep the momentum going by playing more matches. Both Ajinkya Rahane for India and Stuart Binny in his last game for Karnataka, looked in good touch. You can never judge the frustrations of the coach of these teams as they lose their key players for a knockout game. And as mentioned by Dravid and Prasad, the interest factor too rises considerably when fans get to see these players in a domestic match.

This isn’t the first instance of the board’s strange decisions to not allow players to participate in Ranji matches. In January 2013, when first-time finalists Saurashtra and Mumbai were set to lock horns for the title, some of the key players — Rahane, Rohit, Cheteshwar Pujara and Ravindra Jadeja were away on national duty for the home series against England. Since it was a dead rubber for India, there was demand from the state boards to release the players for the final. In fact, Niranjan Shah himself requested for Pujara and Jadeja to be released. Yet the board didn’t relent. Saurashtra were eventually thrashed by Mumbai at home. But things could have been much more even and competitive if the big players had made their presence felt.

It’s best left to one’s own opinion whether BCCI is serious about promoting its domestic cricket by not allowing the national players to play in the quarter-finals. But it surely is a loss for both parties as the players would have gained a lot from the match practice and the teams too would have been in good spirit walking in with their main players. Wonder if January 12 was an Indian Premier League (IPL) final with Mumbai Indians and Chennai Super Kings clashing. Would MS Dhoni, Rohit and others be asked to travel with the team? It’s all about priorities and the board didn’t feel the quarter-finals were as important to grab the eyeballs in comparison to an IPL final. 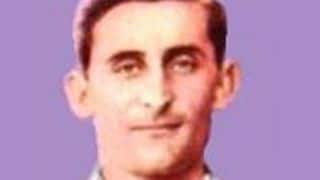