In an exclusive interview, Zaka Ashraf clarified the position of PCB.

Appointed in October 2011 as the Chairman and then temporarily suspended on orders of the Islamabad High court in May 2013, Zaka Ashraf has recently been reinstated as head of the Pakistan Cricket Board (PCB) in time to face one of the biggest challenges to the future of cricket.

The International Cricket Council (ICC) draft which threatens to undermine the stature of most cricket playing nations has been put forward by the Board of Control for Cricket in India (BCCI), England and Wales Cricket Board (ECB) and Cricket Australia (CA), which now remains to be seen whether PCB, with Zaka Ashraf at its helm, will be able to withstand the “carrot and stick” approach applied by the Big Three.

In an exclusive interview from Dubai, Zaka Ashraf clarified the position of PCB on this issue, expressed his dismay at the high-handedness of some of the officials, and also explained the board’s stance on verbal proposals by BCCI for a bilateral series and made it clear that the proposals would undermine the very existence of the game.

PakPassion.net (PP): The general consensus is that the recent ICC meetings were quite heated affairs, can you elaborate on this?

Zaka Ashraf (ZA): There were differing views and strong views from both sides. Passions were running high and yes and undoubtedly there were some heated discussions on some of the issues that were being discussed.

PP: Can you clarify exactly which cricket boards were not in favour of the proposals from the ECB, BCCI and CA?

ZA: The Pakistan Cricket Board, Cricket South Africa, Bangladesh Cricket Board and Sri Lanka Cricket were the Boards who wanted more time to go back home and to digest the proposals and to discuss the proposals with our colleagues before agreeing to anything. We thought it only natural and fair that we should be allowed to consider the information and suggestions thrown at us.

PP:  Can you verify speculation that the Cricket Australia Chairman Wally Edwards spoke in an aggressive and derogatory manner towards you and towards the Pakistan Cricket Board?

ZA: The Chairman of Cricket Australia made some disappointing remarks towards Pakistan as a country and not necessarily about myself or the Pakistan Cricket Board. The remarks were derogatory towards Pakistan. After he had made those unnecessary remarks, there was some positive intervention by ECB Chairman Giles Clarke which then led to an apology from Mr Edwards and him settling down. The remarks were unfortunate from someone in a very important position.

PP: Would you like to elaborate on what was said by Wally Edwards?

ZA: I don’t really want to go into exactly what was said by Mr Edwards. Let’s just say he said something harsh against my country and I reacted to that, as any other patriotic Pakistani would. There had to be some intervention and after the apology was received, things settled down.

PP: Can you confirm the dialogue between yourself and the BCCI officials regarding a bilateral series at a neutral venue?

ZA: Yes BCCI did offer to play Pakistan in a bilateral series at a neutral venue, which is a positive gesture from the Indian board in my opinion. However, I wanted assurances from BCCI. We want to be sure that this proposed series against India will actually take place. How do we know that this bilateral series will actually happen, because in the last ten years BCCI has been reluctant to play against Pakistan!

We have played two series against India during this stand-off and we are entitled to some assurances from BCCI. There’s no way, I repeat, no way we will fall into the lure of BCCI promises regarding a bilateral series unless we have it in writing from BCCI this time.

PP: Was there any written assurance received from BCCI regarding playing Pakistan in a bilateral series?

ZA: No we’ve not received any written assurance from BCCI, it was all verbal. The BCCI is saying to us, first we need to sign up to the proposals by the BCCI, CA and ECB, then the BCCI may agree to allow it’s team to play against Pakistan.

What I’ve said to BCCI is that the agreement to play a bilateral series against Pakistan needs to made on an official document in writing rather than these verbal assurances. I want to be in a position where I can tell the people of Pakistan that we have it in writing from the BCCI that they will allow their team to play Pakistan in a bilateral series.

I don’t want to be in a position where I go back to my people of Pakistan and my board colleagues and say to them that there was an alleged verbal agreement and afterwards BCCI backtrack on this verbal agreement. I’d look a complete fool if that occurred and it’s not something that I want to happen.

We will not agree to anything without a written agreement, a schedule and a full written plan regarding the bilateral series from the BCCI. Mr. N Srinivasan wasn’t at the ICC meeting as his mother passed away but the whole BCCI team was there and there were no written assurances forthcoming from them regarding a bilateral series or Pakistani players playing in the Indian Premier League (IPL) in future.

PP: You mentioned that the Bangladesh Cricket Board weren’t in favour of the proposals from CA, BCCI and ECB. However their stance now seems to have changed, why do you think that is?

ZA: CSA, SLC and ourselves have taken our stance and stuck to it. The resolve of PCB, CSA and SLC was strong at the ICC meeting. We were heavily pressurised but unlike the Bangladesh Cricket Board we never gave in.

I’m not quite sure what happened with the Bangladesh Cricket Board but there was a lot of pressure put on them and it seems they have caved into the pressure and they secretly signed the agreement.

PP: Were you surprised at the ICC media release which indicated that there was unanimous support to the proposals put forward by the BCCI, ECB and CA?

PP: So what happens next regarding the Pakistan Cricket Board and the proposals?

ZA: I will return to Pakistan and call a Board of Governors meeting to discuss the proposals. The future of cricket is at stake with these suggested changes. The dynamics of the cricketing world could change if these changes are brought in. These are important times for the world of cricket and its future.

I’ll be meeting the Prime Minister to discuss these matters with him too. We need the Prime Minister’s views on this as my future as Chairman is uncertain, I may not be there tomorrow and I don’t want to make any short term decision that may harm the future of Pakistan cricket. The decisions we make need to be in the best interest of Pakistan cricket and the Pakistan Cricket Board. 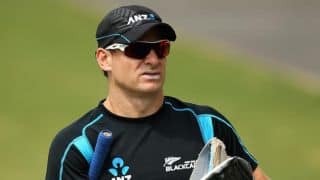 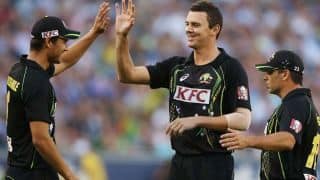