BCCI must use stalwarts like Srinath & Kumble to strengthen India's bowling

BCCI must use stalwarts like Srinath & Kumble to strengthen India's bowling 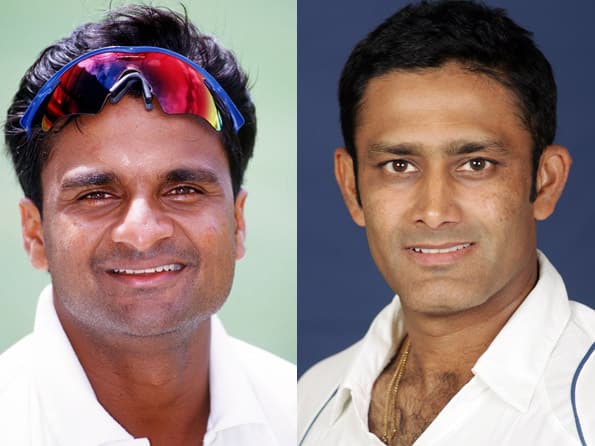 The last few months have been disheartening for Indian cricket, to say the least. Since July 2011, a plethora of defeats has led India to lose its stranglehold in Tests. The One-Day International (ODI) format, which had been team India’s forte until recently, has also failed to provide any kind of respite from defeats to this Indian side. Apart from a couple of victories at home against England and the West Indies, none of their performances in the other series have been noteworthy. Now that India has a four-month break before its next international fixture, the time is right to introspect and to address the underlying issues.

The batting department was a cause of concern during the overseas series against England and Australia. It was an arduous task for the Indians to score anything above 300, except on rare occasions. The bowling, which has often been worrying for the Indians, didn’t have the firepower to put the opposition under stress and turn the match in India’s favour. Nevertheless, India can take heart from the fact that it has young batsmen who possess enormous potential and can take over the mantle of responsibility in due course of time. However, the same cannot be said of India’s bowling unit at the moment.

India has heavily depended on its pace spearhead Zaheer Khan for a long time now. Although there have been other bowlers who have exhibited momentary flashes of brilliance, none could go on to sustain the aura and be a threat to the opposition consistently like Zaheer. However, Zaheer’s frequent injuries, and the fact that he won’t be around for long does not augur well for India. Apart from Zaheer, very few bowlers have repaid the faith shown by the skipper when called upon to deliver in crunch situations. In his absence, the bowling department can be rendered innocuous.

Ishant Sharma and Umesh Yadav have proved their credentials as bowlers, but their inability to play at a stretch remains a cause for concern. I had mentioned in one of my previous articles  that playing Ishant Sharma in Australia might prove costly as he put off surgery to play Down Under. The inevitable eventually happened, as Ishant was forced to sit out of the Indian squad for Asia Cup. In the absence of Zaheer and Ishant, the insipid Indian bowling eventually did take a beating in that tournament. The head honchos of Indian cricket will have to be careful to avoid repeating such mismanagement of bowling resources in the future.

Varun Aaron is another example of a young, promising tearaway bowler who has featured on the injured list more often than not. Aaron and Yadav could have added more variety to the Indian bowling unit and one gets the feeling that their presence would have made a difference to India’s bowling fortunes in the Asia Cup. The likes of Praveen Kumar, Vinay Kumar and Irfan Pathan failed to get under the skins of the opposition with their medium-pace and more often than not were clobbered.

The problem with India’s bowling has been around for quite a while now. The bowlers are being made mincemeat of not just while touring overseas but also in familiar subcontinental conditions. This was evident in the game against Bangladesh a few days ago where the Indian bowlers failed to defend an imposing total of 289. There were full-tosses and half-volleys galore, when actually, the need of the hour was to restrict. Also, in the all-important game against Pakistan, the Indian attack looked completely clueless and hardly ever came close to picking up a wicket during that momentous double-century stand between Mohammad Hafeez and Nasir Jamshed.

The chink in the armour of the Indians is very obvious. If India has to start winning again on a consistent basis, the bowling issues need to be immediately addressed. It cannot always rely on its batting prowess to win matches.

India has stalwarts like Javagal Srinath and Anil Kumble who can lend their experience and iron out the flaws of the current bowling department to an extent. They too have been in similar situations in the past and have spearheaded the Indian attack for a considerable amount of time. They know what it takes to keep the bowlers motivated and to improve their efficiency. It is time India worked on its weakness, else its success will continue to represent crests and troughs, rather than a constant high.