Putting an end to the controversy surrounding the nomination of a candidate for Bharat Ratna, the Board of Control for Cricket in India (BCCI) finally sent in their recommendation for the prestigious award – the legendary chess Grandmaster Viswanathan Anand. 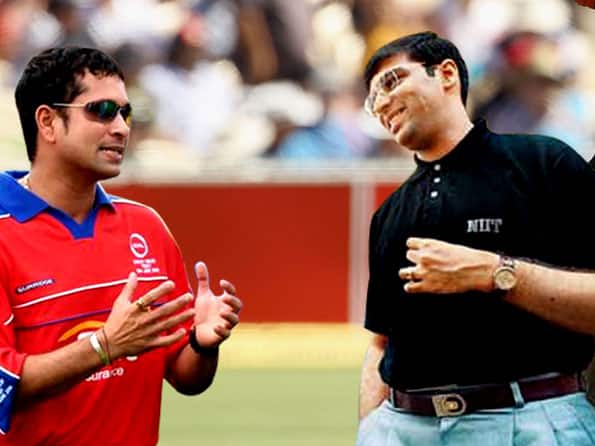 Putting an end to the controversy surrounding the nomination of a candidate for Bharat Ratna, the Board of Control for Cricket in India (BCCI) finally sent in their recommendation for the prestigious award – the legendary chess Grandmaster Viswanathan Anand.

Speaking to the press about this decision, BCCI president N Srinivasan said, “Inga paaru paa, my loyalty towards fellow Tamilians is stronger than my obligations towards cricket. Initially I thought I’ll nominate Cheeka(Krishnamachari Srikkanth) for the award, but then that would have been a mockery of the awards, wouldn’t it? That is why I have nominated Anand for Bharat Ratna and Cheeka for Padma Shri instead.”

However, it isn’t clear whether the BCCI President has recommended Anand for Bharat Ratna for his accomplishments in chess or in cricket, given that N Srinivasan is also the President of the Tamil Nadu Chess Federation. “I am not sure either,” said Viswanathan Anand. “But let me take this opportunity to put it on record that I hold an enviable batting record in gully cricket and am virtually unbeatable in book cricket.”

As expected, Srinivasan has pooh-poohed the notion of conflict of interest. “Thambi, I am also President of Tamil Nadu Golf Association, Chairman of Tamil Nadu Badminton Federation, Vice Chairman of Chennai Filter Coffee Drinkers Club, Patron of Mylapore Maamis’ Bird Watchers Society, Owner of Chennai Carrom Kings… the list is endless. And whatever free time I get, I devote to running India Cements. So I have so many interests that there can only be convergence of interests.”

Non-Mumbaikar cricketing legends have, by and large, reacted positively to this development.

Sourav Ganguly said, “Unlike some of our cricketers who get whipped on foreign soil, Anand has done well both on flat home pitches… er… chessboards and playing boards on foreign soil. “

“Moreover, Vishy had already been world champion for five years when Sachin (Tendulkar) debuted in 1989 and will probably continue to play chess and book cricket too for at least another two decades,” observed the Prince of Kolkata.

Cricketing greats hailing from Mumbai have been left nonplussed. When asked for a reaction, Sunil Gavaskar preferred to let this go through to the ‘keeper. “Can’t comment on this. I’ll scan my BCCI contract to check if I can talk about this and then get back to you,” said Sunny.

Ravi Shastri, however, opted to flash and flash hard by noting: “I still don’t rule out Sachin, Sunny or even myself getting the Bharat Ratna. All four results are possible at this stage of the game.”

Shiv Sena, however, is incensed that the BCCI President has passed over Tendulkar for the nation’s highest civilian honour. Sena goons, fresh from ransacking the Times of India office, have decided to take their ire out by attacking the office of The Unreal Times and have been frantically trying to locate it. Unfortunately for them, The Unreal Times office is as unreal as the articles it publishes!

VVS Laxman returns to India after humiliation Down Under

Cyclist to sue Shane Warne for damages to his bike