BCCI to ban spectators from watching matches at the stadium!

BCCI to ban spectators from watching matches at the stadium!

If a ban on Indian players signing autographs was not enough, the board has now decided to impose a ban on spectators coming to the ground and watching the sport.

The recent Supreme Court rulings  has made the Board of Control for Cricket (BCCI) go into a serious introspection mode to come up with a number of measures to counter the menace of match-fixing. Earlier this week KS Madhavan, senior investigating officer of the BCCI’s Anti-Corruption Unit, was quoted as saying, “We have asked cricketers not to give autographs while the match is on, during the IPL, Champions League T20 and all other BCCI-organised matches in India.”

The logic of the move being through autograph books a bookie can exchange vital information with a player like he can be asked to score certain runs while batting!

If a ban on Indian players signing autographs was not enough, the board has now decided to impose a ban on spectators coming to the ground and watching the sport. A high-ranking BCCI official, who didn’t wished to be named, said, “We now fear that the fielders fielding at boundaries may get coded messages from bookies or even some bookies disguised as spectators might be providing instructions through sign languages.”

This decision has also pleased the Indian team sponsors, who broadcast most of India’s matches. There will be TV screens all over the stadium near the entry gates and spectators will have to be content watching the matches from there. Of course, lot of eyeballs on screens will benefit the sponsors for sure.

Kudos to Indian cricket for the innovations and helping the sport be fan-friendly. 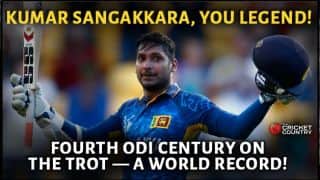 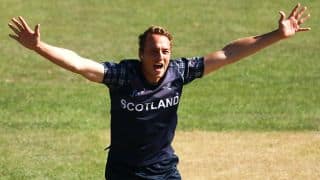