The adjournment only takes the hearing closer to the delicately carved brand named IPL.

Eighteen days is not a long time when it comes to the adjournment of judicial proceedings in India. But for the Board of Control for Cricket in India (BCCI), it’s still enough to heave a sigh of relief considering what’s at stake. As the Supreme Court deferred the hearing on Indian Premier League (IPL)spot-fixing and betting to March 25, it allows the board not only to rework its plan to shield those involved in the muck but to protect the commercial product and reputation at stake. However, the adjournment only takes the hearing closer to the delicately carved brand named IPL.

B) Protecting IPL – the cash cow

A) Just a day before the court was set to open the envelope, in came a new revelations. After all the rumours and denial, Gurunath Meiyappan was reported to have accepted placing friendly bets. In other words, all the defense of the past crashes down in a minute, especially the famous one-liner of the controversy: “He is just a cricket enthusiast”. If this confession of friendly bets hadn’t come, the board would have still brazenly chosen to deny and tried to ‘rail-road’ the findings of the report after it would be heard in the apex court. One hand they look to protect Meiyappan, on the other, the board’s cash cow IPL’s credibility will come crashing down.

B) Imagine a situation, that the apex court reveals names of players involved. And going by the indication there’s at least one big fish involved. The entire credibility which took a punch last season will have to evade a knockout punch this time around. When the controversy broke out towards the end of May 2013, the board shamelessly continued to put up a poker face and somehow managed to complete the tournament. This time around, the arrow can hit straight from where the entire body of the IPL functions. Not to forget that a single session of IPL puts broadcasting, advertisers’ finance at stake. In the end, if the viewers chose to look away from the matches, the board would be limping with punch to its finances.

C) This is a sticky situation. If the Court reveals the names of the players and in case the player is part of the ICC World T20 2014 squad, it would be nothing less than a national embarrassment. For Indians, the identity shared with cricket is still with nationality more than franchise. If the national reputation is at stake, the board has no option but to push forward with another adjournment. And as discussed earlier, the closer it moves to the IPL the more embarrassing it gets for the officials as well as the brand.

What does it mean for Chennai Super Kings

Chennai Super Kings (CSK) is being pushed to a corner now. On one hand, they had to deal with the Mudgal committee report and now accepting that Meiyappan was an official from CSK, things get more suffocating. Any franchisee owner involved in such misdemeanours means the franchisee gets terminated. This is a rule which will be flashing around if the decision goes against them. On a broader context, while IPL brand is at stake, if you narrow down things, CSK, one of the most successful teams will sink and will be good enough to pull down the popularity of the tournament as well.

All in all, the adjournment only makes things tougher. It would be interesting to note when the court decides to reveal it. Any timing will be a bad timing for the board. 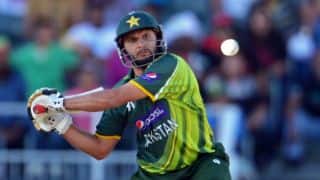