At 23, Easwaran is knocking on the national selectors' doors for a chance at opening in Tests.

Since making his first-class debut in the 2013-14 Indian domestic cricket season, Abhimanyu Easwaran‘s average has not dipped under 40 in the five full years that he has played for Bengal. That consistency has seen him make steady progress to the doorsteps of an India call-up.

Easwaran, 23, in May scored 233 for India A versus Sri Lanka A at Belgaum, and even though he only managed a score of 50 plus once in his next six matches, with a match-winning 153 in the Duleep Trophy 2019-2020 final, that too in front of the national selectors, he gave a good account of himself.

A long India home season beckons, and with Prithvi Shaw out with a doping ban and KL Rahul under the pump due to inconsistent performances, Easwaran is making the right noises at the right time for that opening slot.

“I am not really thinking about it right now,” he tells CricketCountry.com. “I am just trying to enjoy everything and give my best. if it (call-up) has to come, it will come.”

Eswarwan, who moved to Kolkata from Dehradun at the age of 11 to pursue cricket, comes across as a confident person with a set game plan, and it is that confidence that sets him apart.

“I always have the self-belief that I can score at any level, no matter what I scored in the past. It doesn’t matter the score from the last match, I always have the belief and confidence going into every game, that is one thing that I have that will probably help me going forward,” he says.

ALSO READ: I always had the self belief, but it feels good to have a hundred under your belt: Hanuma Vihari

Easwaran will lead Bengal this season having taking over the duties from Manoj Tiwary across formats, and is confident that he can lead the team well, while underlining the importance of sticking to the processes as a team.

“It (captaincy) is a kind of challenge and responsibility. I have to take it up as a challenge and take the responsibility in the coming months and will enjoy it,” he says. “I think we have to go through the process (as a team), and the results will be on our side. You can’t focus much on the result right from the start. If you keep the processes right, there are higher chances of the results getting right. So, we will try and focus on small things to get the results in our favour.”

Being a captain will not hinder his approach towards his own game, he maintains.

“I will have to take the responsibility as batsman from day one, irrespective of being a captain or not. Captaincy is more about the team combinations, but as a batsman I will try to keep up the good work I have been doing,” says Easwaran. “I am really happy to have senior players in the team. Right from when I started playing for Bengal I have had their support. With Ashok Dinda and Manoj Tiwary in the team, I am sure they will be of immense help. They have the experience and have played at the highest level, their experience will be a bonus for me.”

The opening batsman also credits his exposure with India representational sides and cites Rahul Dravid as one of the key elements in his evolution as a cricketer.

Easwaran has played 12 first-class matches for India A scoring 785 runs at 43.61 with two centuries and three fifties to his name, including matches in England, New Zealand and the West Indies.

“That has been the biggest part of the learning – playing in New Zealand, West Indies, I have gotten to know a lot, how the ball behaves – the dukes balls, Kookaburra and with Rahul sir being there it is always a help. We chat about cricket, how he did things, game plans and everything – it has been good for me,” he reveals.

One of the things that has stuck with Easwaran during the conversations with Dravid is his advice on how to build a long innings, converting starts and not thinking too far ahead.

The motivation, the drive and the focus of Easwaran stems from his father’s vision to his son play cricket at the highest level. RP Easwaran, a chartered accountant by profession, did his best to provide his son with proper facilities at home. Easwaran worked with the likes of Roger Binny, Ramakant Achrekar and Arshad Ayub at an early age, and with Uttarakhand not affiliated to the BCCI then, the tough decision to move Easwaran to Bengal was made.

“It has been beautiful journey so far,” he says. “I loved cricket and my father wanted me to pursue it. I went to Bengal when I was 11, been playing here since the Under-16 days and have played at different levels at Bengal, then to India A, Under-23 and I made my Ranji Trophy debut at 18.

“There have been a lot of challenges but I have really enjoyed this journey and hopefully I can keep enjoying it. My family has been the greatest support. My mom, dad and sister have been very supportive at all times and that the best part for me in this young age, I hope this continues.”

Easwaran has come up through the system in another state and has excelled, and now finds himself an earshot away from realising his and his father’s dream. 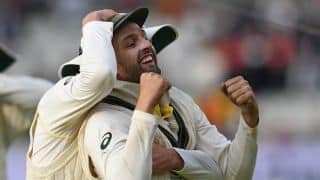