Belinda Clark: A legend who has been a pillar of Australian women’s cricket, during and after her playing days

Belinda Clark: A legend who has been a pillar of Australian women’s cricket, during and after her playing

Belinda Jane Clark, born on September 10 1970, is the scorer of One-Day International cricket's first double century — yes, she scored her ODI hundred before Sachin Tendulkar accomplished the feat in men’s ODI. Belinda’s records exemplify a career of excellence, grace and of power. Belinda Jane Clark, born September 10, 1970, scored the first double-hundred in One-Day Internationals — 13 years before Sachin Tendulkar accomplished the feat in men’s ODI. Belinda’s records exemplify a career of excellence, grace and of power. A colossus on and off the field, Belinda led the Australian team to three World Cup finals.  After her retirement from international cricket as a player, she went on to become the chief executive of Women’s Cricket Australia. Sudatta Mukherjee looks back at the prolific career of Clark.

The 90s was the pinnacle decade in Australian cricket for both men’s and women’s team. The men’s team reached the finals of the World Cup twice — runners-up in 1996 and champions in 1999. The women’s were not far behind, winning the trophy in 1997 under Belinda.

Belinda was born in Newcastle, Australia. Her mother Margaret Clark was a tennis player who won the Newcastle Open Ladies Singles title in 1957 and 1963 and was invited to participate in the Junior Wimbledon. Belinda’s father, Allan Clark, was an inter-district cricketer in North West New South Wales and an enthusiastic golfer. Belinda played hockey and tennis as a junior, but cricket was her first love.

She made her Women’s One-Day International (ODI) debut against New Zealand in 1991. She opened the batting with Belinda Haggett and scored 36 and in the following ODI, at Melbourne, scored her first half-century. She was involved in a 105-run first-wicket partnership with Haggett. However, she had to wait 27 ODIs before scoring her first century — against Pakistan in Melbourne. By that time she had scored six half-centuries. In her 10th ODI, she came so close to score her first century, remaining unbeaten on 80 against New Zealand.

The turning point of her ODI career came in the 1997 World Cup, held in the Indian subcontinent. In the Group stage match against Denmark in Mumbai, Australia won the toss and elected to bat first. At Bandra’s Middle Income Group (MIG) Ground, the 27-year-old Belinda smashed an unbeaten 229 (22 fours) off 155 balls. She thus became the first double centurion in the history of ODIs.

Speaking to CricketCountry years later,  Belinda said, “My aim for the day was to bat for the 50 overs to makes sure I was comfortable with Indian conditions for the rest of the tournament. I didn’t set out to score a big score but just to make sure I was concentrating well and hitting the ball nicely.” 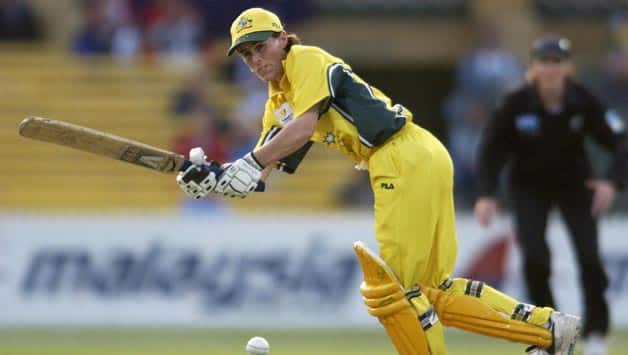 Umpire Madan Singh, who officiated the match, recalls, “I was quite impressed with her knock, and a little surprised too with the amount of running between the wickets. Her statistics may say that she scored at a very high rate, but there was a lot of running between the wickets involved than boundaries. That Australian women’s team was so fit, it could give some of our Times Shield teams a run for their money.”

Her record of 229 not out is still the highest ODI score. Sachin Tendulkar scored 200 against South Africa in 2010 in Gwalior and a year later Virender Sehwag scored 219 against West Indies at Indore. 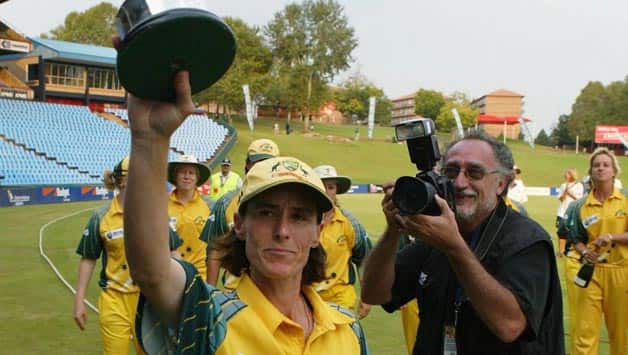 Under her leadership in 1998, Australia Women defeated England Women 5-0 for the first time. Wisden wrote that Belinda has “taken women’s cricket to an altogether new level”.

Clark made her Test debut in 1991 against India and scored century on debut. She scored 62 in the second Test and 69 in the third Test. She was named the Player of the series. Out of the 15 Tests she played, she scored two centuries and six half-centuries. Her Test average was 45.95.

In 2000, Clark was made the Member of the Order of Australia for her service to cricket and promoting women’s cricket to a new level. In 1998, she was named Wisden Australia Cricketer of the Year in 1998. In 2011, she was inducted into the Sport Australia Hall of Fame.

Belinda went on to become the manager of Australian Cricket Academy in Brisbane. She was appointed as the Executive Officer of Women’s Cricket Australia in 2000. She was also the Assistant Development Manager of the New South Wales Cricket Association. Belinda is also academically qualified: she holds a degree in Applied Science (Physiotherapy).

Belinda is unquestionably a legend in women’s cricket history.