Hollioake was bright young prospect for England whose dreams cut short when he passed away in a tragic car accident.

Ben Hollioake, born on November 11, 1977, was a bright young prospect for England. However, his dreams were cut short when he passed away in a tragic car accident in 2002, a few weeks after he was a part of an England team. Nishad Pai Vaidya picks 10 facts you should know about Hollioake.

1. Hollioake was born in Melbourne, Australia. When he was a child, his family had moved to Hong Kong before they embarked to settle in England. That is where Hollioake and his brother chased their cricketing dreams.

2. From a young age, Hollioake s talent was recognized. In 1990, he was picked for the England under-14 team. A few years later, he played for England under-19 alongside Matthew Hoggard, Owais Shah, Gareth Batty, Andrew Flintoff and James Ormond to name a few.

3. Hollioake made his One-Day International (ODI) debut at the age of 19 against Australia at Lord s in 1997. In his first game, he was sent in at No 3 in the run-chase of 269. He smashed 63 off 48 balls to announce his arrival at the highest level. That innings shot him into limelight and he was said to be England s next Ian Botham.

4. In August 1997, Hollioake made his Test debut alongside his brother at Trent Bridge, Nottingham. The Hollioake s are one of the few pairs of brothers to make their Test debuts together.

6. Following a few years out of the side, Hollioake fought his way back and regained his spot in the England ODI team in 2001. He was in the England ODI side on their tour to New Zealand in 2002, a few weeks before his tragic death.

7. Hollioake died when his car crashed into a wall in Perth on March 22, 2002. He was only 24 years old. His girlfriend Janaya was injured in the crash.

8. Hollioake is one of the youngest Test cricketers to die. Bangladesh s Manzarul Islam died at 22 and Archie Jackson passed away at 23.

9. Adam Hollioake named his daughter Bennaya as a tribute to his brother Ben and his girlfriend Janaya.

10. In 2003, Adam launched the Ben Hollioake Memorial Fund for CHASE. This was the hospice-service for life-limited children. 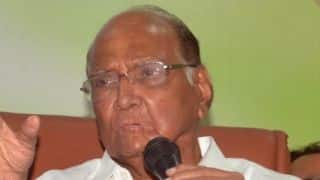 Robin Uthappa: 10 facts you should know about the Karnataka dasher