Bert Sutcliffe: 12 facts about one of New Zealand's greatest cricketers

Bert Sutcliffe: 12 facts about one of New Zealand's greatest cricketers

Sutcliffe's best knock, and one of the greatest in the history of New Zealand cricket, was his unbeaten 230 against India in Delhi.

Born November 17, 1923, Bert Sutcliffe would have turned 93, had he not passed away of emphysema 14 years ago. Sutcliffe is remembered as one of the finest cricketers New Zealand have produced. He is remembered for several reasons, the primary of which is his display of bravery against the South Africans at Ellis Park, Johannesburg in 1953-54. Amit Banerjee presents eight interesting facts about the gritty former New Zealand batsman, as well one of the greatest batsmen of all time to have never been part of a winning team in international cricket.

1. Named after a famous cricketer:Bert’s parents, Nell and Wally, moved to New Zealand from the Lancashire. Wally named his son after legendary England and Yorkshire opener Herbert Sutcliffe, not considering the Lancashire vs Yorkshire rivalry.

Bert’s parents, Nell and Wally, moved to New Zealand from the Lancashire. Wally named his son after legendary England and Yorkshire opener Herbert Sutcliffe, not considering the Lancashire vs Yorkshire rivalry.

Cricket was not the only sport that Sutcliffe played during his school days. Like most boys in New Zealand, Bert was an excellent all-round sportsman. Apart from being head prefect in his final year, Sutcliffe was good in tennis, rugby (where he played in the fullback position), more than useful in hockey and superb in golf.

Sutcliffe was naturally left-handed, and used his left hand while playing cricket, tennis and golf. At the bar, he reached for the beer with his left hand, and also played the guitar left-handed. However, he wrote with his right hand, which might be attributed to his primary school teachers tying his left hand to the chair in order to make him write with the other one.

Sutcliffe made his first-class debut at 18, for which he had to commute 19 km on bus, followed by a 20-minute ferry and a short tram ride before completing the rest of the journey on foot. He scored 11 against Wellington, getting stumped by future Kiwi teammate Frank Mooney.

Unfortunately, Bert happened to enter the game during the days of the Second World War. At 21, Sutcliffe was drafted into War service and sailed for Egypt. He spent his time with the armed forces playing cricket at the unlikeliest of places Alamein, Alexandra, Rome, Jerusalem and Tokyo. It was during this period when he first came in contact with Jim Laker and Peter Smith on coconut-matting strips in Cairo.

6. Sutcliffe in, Hammond out

Sutcliffe finally managed to make his debut in 1947 when England toured New Zealand. The one-off Test against the hosts, in which he managed to score an impressive 58 on debut, was also the farewell Test of Wally Hammond, who bid goodbye to the sport after accumulating 7,249 runs in 85 appearances.

The New Zealand team that toured England during the summer of 1949, also known as the 49-ers, made merry on dry pitches that saw as many as eight batsman amass 1,000 runs during the tour, with Sutcliffe and Martin Donnelly moving past the 2,000-run mark. Sutcliffe finished with 2,627 runs in that tour at 59.70; only Don Bradman (2,960) has scored more than him among overseas batsmen. Sutcliffe achieved this feat at the tender age of 25.

8. The legendary knock in South Africa

New Zealand toured South Africa in 1953-54 for a five-Test series. After losing the first Test at Durban by an innings, New Zealand headed to Ellis Park, usually used for rugby matches, in Johannesburg for the second Test.

Sutcliffe was batting with his team in a perilous position, when he was struck on his head, behind his left ear to be precise, by a Neil Adcock bouncer. It knocked him unconscious for some time, leaving players and spectators terrified, before he got back to his feet; he had to be stretched out of the park.

Bert was pretty much ruled out of the Test by then with his team crumbling back at the Ellis Park. However, with the scorecard reading 81 for 6, Sutcliffe stepped out to the ground with his head covered in bandages. He did not waste time in letting his bat do the talking thereafter, hooking the second ball that he faced over square-leg for six. He went on to pile 80 runs in an emotional innings that also saw one Bob Blair step out to bat despite receiving the news of his fianc e s passing away the day before. The innings lives on to this day as one of the bravest spectacles in sports.

Sutcliffe announced his retirement from the sport after of the 1958-59 home series against England. In what was then his final appearance, Sutcliffe carved out a patient 61 at Eden Park.

With his sports goods business fledgling back home, Sutcliffe decided his cricketing days were not over yet, smashing a magnificent unbeaten 151 against India at the Eden Gardens in 1965. Sutcliffe, aged 42 at the time, shared a 163-run partnership with Bruce Taylor in that match, which eventually was drawn.

Sutcliffe’s best knock, and one of the greatest in the history of New Zealand cricket, was his unbeaten 230 against India in Delhi. Harry Cave declared the innings once New Zealand reached 450 for 2. One wonders how many more Sutcliffe would have accumulated had Cave allowed him to bat further. Brendon McCullum may not have had the distinction of becoming the first New Zealand batsman to score a Test triple ton.

Years later, Matthew Horne scored a patient 259-ball 133 that lasted for five-and-a-half hours during the third and final Test against Australia at Hobart in 1997. Sutcliffe, a guest at Tasmanian Cricket Association, came down to congratulate him, with Horne looking back at him and saying, “Thank you, Bert. But how the hell did you bat for 9 hours?” in an apparent reference to his knock of 230.

11. Highest knock by a left-handed batsman

Sutcliffe smashed a massive 385 for Otago against Canterbury in 1952-53, with his side being bowled out for 500. It happened to be the highest score by a left-handed batsman in First-Class cricket; Brian Lara (twice) is the only left-hander who has gone past him.

BIL Oval, Lincoln, New Zealand was officially renamed to Bert Sutcliffe Oval in February 2000, making it one of the few cricket venues in the world to be named after cricketers (two in this case, given Bert was named after England legend Herbert Sutcliffe). 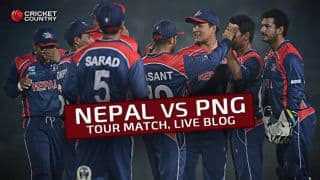