Popularly known as Lady Don, she was a natural athlete and had an amazing ability to spin the bowl both ways.

Born November 21, 1921, Elizabeth Rebecca Wilson, or simply Betty Wilson, was a former Australian player, who is regarded as the greatest women’s cricketer of all time. Popularly known as Lady Don, she was a natural athlete and had an amazing ability to spin the bowl both ways. On her birth anniversary, Abhishek Kumar takes a close look at her illustrious career.

Betty’s father was a bootmaker, who used to fashion her with his special lightweight bowling boots. It was her father, who took her to Collingwood Women’s Cricket Club for the first time in Melbourne and the rest is history.

She learned playing cricket against a lamp post in her street with neighbours. At the young age of 10, she joined Collingwood Women’s Cricket Club and used to play with adults. She was selected for Victoria second XI at the age of 14 and by the time she was 16, Betty made it to the senior side. It was the World War II that delayed her international debut.

4. First Australian woman to score a Test 100 against England

In her very second Test match for Australia in January 1949 at Adelaide Oval, which was also the first women’s Ashes match, Betty scored her maiden hundred. With this century, Betty became the first woman cricketer to make a hundred against England and that too in her Ashes debut match.

In the second women’s Ashes Test of 1958 at Melbourne, Australia were all out for just 38 in the first innings. In return, Betty bowled a ferocious spell and took 7 wickets conceding just 6 runs and restricted England women’s team to a score 35 runs. In the second innings, she scored a century on a tricky pitch where no other batsman went past 26. Following her first innings’ effort, she took four more wickets in the second innings and became the first player of either gender to take 10 wickets and score a century in the same Test.

In the same Test at Melbourne, where she took 11 wickets and scored a century, Betty also took a hat-trick in the second innings. She bowled three different deliveries during her effort an off-break, a leg-break and a straighter one. An emotional Betty, who became the first woman cricketer to take a hat-trick in Tests, burst into tears.

She held her record of best bowling figures in a Test match of 11 for 16 till the year 2004, when Shaiza Khan of Pakistan broke her record by taking 13 wickets in a match. Her figures of 7 for 7 in an innings are third best in women’s cricket.

In the year 1985, she became the first woman cricketer to be inducted into the Australian Sporting Hall of Fame and she was congratulated by lady Bradman in person. Following this, in the year 1985-86, the Under-21 National Women’s Cricket Championship was renamed as the Betty Wilson Shield. Later, in 1996-97, the age group was changed to Under-19.

In her career spanning 11 Tests, Betty took 68 wickets at an average of 11.80 which is all-time best for any woman cricketer.

In the 1940s and 50s, when the names of Don Bradman, Bill O’ Rielly, Keith Miller and Ray Lindwall were very famous in the cricketing fraternity, she was given the nickname of “Female Bradman” for her achievements.

Because of her booming cricket career, her fianc had to postpone the wedding twice but when Betty decided to tour England in 1951, that was the end of their relationship and she never got married.

During Australia’s women’s tour of England in 1951, in a tour match against Yorkshire at Headingley, she was told that it’s the ground where Bradman always made hundred whenever he took guard to which Betty said, “If Don can do it, I can do it too.” She cracked the ton in 75 minutes. It was the last ball of the day she hit for a boundary that won Australia the match.

After watching her brilliant batting at Headingley in the tour match against Yorkshire in 1951, former England cricketer Bill Bowes wrote an article on what he thought was the most impressive innings he’d seen to be ever played by a woman.

14. When she met Bradman

Betty met Bradman first when she was inducted into Australian Sporting Hall of Fame in 1985 and said, “He said he saw me play and he was very impressed.”

15. When she met Bill Ponsford

Once, Bill Ponsford saw Betty play and gave her an autographed bat in appreciation of her batting. 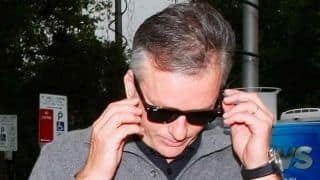