Bhuvneshwar topped the record books when reaching the best average by an Indian in overseas conditions.

Against all odds, Bhuvneshwar Kumar, out of nowhere, unexpectedly came out in first Test and scored two back-to-back half-centuries. On Thursday, he almost did it again, before getting bowled by Broad.  The tailender topped the record books when reaching the best average by an Indian in overseas conditions. Sudatta Mukherjee looks at the list.

Playing his first overseas Test, Bhuvneshwar Kumar hit two vital half-centuries against England at Nottinghamshire. In the first innings of the first Test at Trent Bridge, Bhuvneshwar scored 58 and was involved in a 111 runs partnership for 10th wicket. From 346 for nine, Bhuvneshwar and Mohammed Shami helped India reach 457. In the second innings, he scored another half-century and remained unbeaten on 63.

On Thursday night with centurion Ajinkya Rahane, Bhuvneshwar was put up 90 runs for the eighth wicket. Bhuvneshwar attained the highest batting average for Indian batsmen number in overseas conditions after Thursday play. In the process, he went past Rahul Dravid, Sachin Tendulkar Vinod Kambli and even Rahane.

Here is the table –

Had Bhuvneshwar scored another half-century on Thursday night, then he would have become the first number nine bastman two score three consecutive half-centuries in Tests. 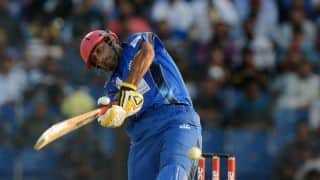 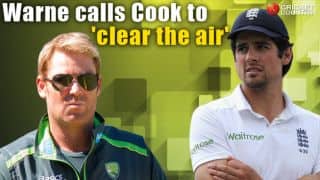