Bill Edrich is the only one to have scored a thousand runs before May on the same ground — Lord's.

May 31, 1938. Bill Edrich reached 1,000 runs before May, thanks to an act of unusual benevolence by the great Don Bradman. Arunabha Sengupta recalls the gesture that lit up a dull, gloomy day.

Don Bradman, the greatest batsman of all time, has gone down in history as one of the most ambitious of individuals and ruthless of opponents.

Aloof and driven towards success, he would much rather shut himself in his room and listen to the phonograph after a day of scoring runs. Bradman was not known for sharing a drink and bonding with his fellow men. Relentless in his zeal to succeed, he left teammates to fend for themselves and rushed off to attend ceremonies and business meetings centred around his genius, often immediately after matches. And even as the world had just started to breathe easy at the end of the second great war, the legend had no time for any goodwill matches or friendship series. When the Englishmen came over in 1946-47, and when Australia toured in 1948, all he wanted was to win at any cost. And he was a miser to boot.

It is difficult to associate him with an act of rare benevolence.

Yet, Bill Edrich would disagree. It can be argued that the Middlesex star got into the Test side based on a fantastic milestone achieved due to the largesse of Don Bradman.

Young Edrich had just started out as a Middlesex regular the previous year and had enjoyed a rather good tour of India with Lord Tennyson’s XI in the winter. He enjoyed a great start to 1938 with 2 hundreds for MCC, and followed it up by opening the innings for Middlesex, scoring 182 against Gloucestershire and a mammoth 245 against Nottinghamshire. He was within a few strokes of that most coveted landmark when he came up against the great man.

The feat of one thousand First-Class runs before the end of May has been achieved only nine times in the history of English seasons, by eight batsmen. Of course Bradman himself did it twice — but then, that’s the sort of thing one associated with him. WG Grace had been the first, during his Indian summer of 1895 at the age of 47. The domestic cricket giant called Graeme Hick was the final man to manage this feat in 1988.

Bradman started off his exploits in England with his first quick thousand in 1930, a few days after setting foot in the country for the first time. By the time he did it again in 1938, the headlines would have actually blared bigger and louder if by some quirk of nature he had failed to achieve the landmark. He duly reached it on May 27, the earliest date ever for this milestone.

Two days earlier, playing his penultimate match in May against Worcestershire, Edrich had started with his collection of summer runs on 981. And on a sticky Lord’s wicket, he pushed one back off Bob Crisp to fall for a second-ball duck. Middlesex had won by an innings, preventing Edrich from batting again.

The final match in May for the youthful batsman was against Bradman’s Australian side. The first day, May 28, was washed out. And on the second afternoon following Sunday’s rest, after Australia had tottered to a first innings total of 132, Bill O’Reilly turned a googly past Edrich’s bat to bowl him for nine. The Daily Telegraph observed: “It was this ball which whipped back to rob him of what appeared to be his last chance of completing his 1,000.”

The conditions were dreadful. Only Denis Compton had summoned enough grit and mastery to score 65, and by the final morning, Middlesex had taken a 56-run lead.

Australia batted again under dark gloomy London skies. Frequent appeals against the light by the batsmen extracted frustrated boos and jeers from the crowd. Bradman refused to go on if Middlesex’s fast bowlers Big Jim Smith and William Nevell were used after tea.

At 5.09 pm, Bradman was at the crease with Stan McCabe. The score read 114 for 2, Australia just 58 runs ahead. And the great man suddenly turned towards Edrich with a smile and said, “See if you can get those 10, Bill.” He declared the innings, giving the youngster 11 minutes to knock off the required runs.

“I felt I just could not let him down,” Edrich recalled later.

Edrich opened the innings, and accompanying him to the wicket was a new partner — Denis Compton. Australia bowled their overs quickly — six in those few minutes. Bradman brought his field in, preventing easy singles. With five minutes remaining, Edrich steered Mervyn Waite to the boundary past second slip to bring up the milestone. The Australian captain was the first to congratulate him.

Incidentally, in recent times with lot fewer matches, the stellar feat has become almost obsolete. The last modern batsman to get within a whisker of the landmark was Nick Compton. He was stranded 50 short of the rare feat in 2012 when rain brought an early end to Somerset’s match against Worcestershire. Curiously he happens to be the grandson of the man at the non-striker’s end when Edrich reached his milestone that day. 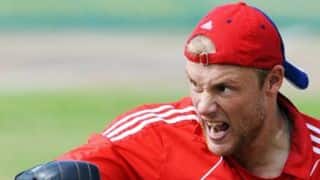 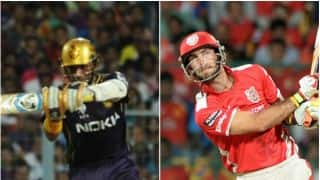