New Zealand’s tradition of producing wicket-keepers competent on either side of the stumps continues with BJ Watling. Abhishek Mukherjee looks at the man who has more than justified his selection following Brendon McCullum’s decision to give up the big gloves.

Ken Wadsworth was a dogged fighter; Warren Lees, a fierce competitor; Ian Smith, a belligerent bludgeoner; Adam Parore, a relentless accumulator; Brendon McCullum, on the other hand, was a bundle of energy, forever on the brink of taking off. With his ability to perform a dual role, McCullum — the undisputed batting champion of T20Is — had proved to be an asset for his side.

The surprise came when he decided to give up wicket-keeping in Tests. Given New Zealand’s frail batting line-up during their transitional period, McCullum was certain of a spot. The problem lay elsewhere: who would replace McCullum behind the stumps to play the dual role?

They tried Gareth Hopkins, Reece Young, BJ Watling, and Kruger van Wyk before eventually deciding on Watling. All four were competent behind the stumps, but it was Watling’s batting that set him apart from the pack. In fact, so good a batsman was Watling that he had even played Tests as a specialist batsman (albeit with limited success) when all the other four (McCullum, Hopkins, Young, and van Wyk) had kept wickets for New Zealand.

But how good a batsman is Watling? Only five New Zealand wicket-keepers have scored a thousand Test runs, and Watling leads the batting average charts by the proverbial mile.

He is still not there, but it is definitely an excellent start that has put him significantly ahead of the others. But what about the bigger scenario? How does he compete there?

As is evident, he is in elite company, sneaking his way into the top five — alongside four of the greatest wicket-keeper batsmen in the history of the sport. Not a bad start at all! 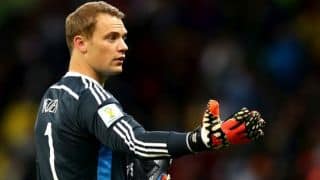